Be thankful for -- and claim! -- the American Opportunity education tax credit while it's still here

The family's gathered for Thanksgiving. It's great to see Mom and Dad, the grandparents and especially the kids who've been off at college.

Here's one more thing to be thankful for. You can pay your happy-to-be-home student's spring 2013 semester tuition by the end of 2012 and then use those expenses to claim education tax breaks.

The education assistance you should be looking at is the American Opportunity education tax credit. 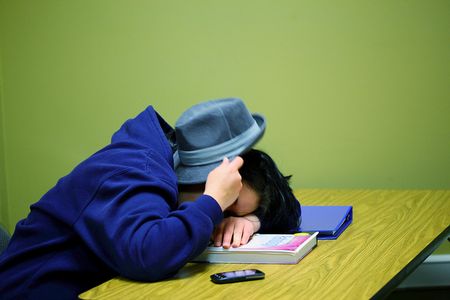 You can claim it based on qualified education expenses you pay for yourself, your spouse or a dependent for whom you claim an exemption on your tax return.

That dependent for most folks is that kid who once again is eating you out of house and home. At least it's just for the short holiday break this time!

Generally, the American Opportunity credit is allowed for qualified education expenses for the current tax year, as well as for a coming year's semester fees and tuition that are paid in the prior year as long as the semester begins within the first three months of the new year.

OK. That's kind of a confusing and hard to read in one breath sentence, borrowed mostly from IRS Publication 970, Tax Benefits for Education.

Let's try again, focusing on the here and now.

The American Opportunity credit can be claimed for 2012 expenses paid this year as well as for expenses paid toward classes that begin in the first three months of 2013.

For example, if you paid $1,500 in December 2012 for Jim Jr.'s qualified tuition for the upcoming spring semester beginning January 2013, you can use that $1,500 in figuring your 2012 American Opportunity credit.

Even if school starts a bit late next year, as long as classes resume by the end of March, the costs are still credit eligible.

Reason number one is that it's worth more than the other educational credit, the Lifetime Learning Credit.

The American Opportunity Tax Credit is worth up to $2,500 per student for four academic years. You can claim $2,000 in qualified tuition and fees costs you pay, plus 25 percent of the next $2,000 (that's $500 if you're like me and not good at doing math in your head) you pay for eligible schooling costs.

Even better, up to $1,000 of the credit is refundable to lower income taxpayers.

But for folks who make more, the credit amount is gradually reduced (phased out in IRS speak) if you are a single filer and your modified adjusted gross income is between $80,000 and $90,000; it's between $160,000 and $180,000 if you file a joint return. You can't claim the American Opportunity credit if you make more than the top income amount for your filing status.

Right now, the credit is scheduled to expire at the end of 2012.

Yep, unless Congress acts, once Jan. 1, 2013, rolls in, the American Opportunity credit is gone.

Legislative Update: The American Opportunity Tax Credit did indeed expire on Dec. 31, 2012. But the American Taxpayer Relief Act of 2012, enacted on Jan. 2, reauthorized it through tax year 2017.

Although it was a pet project of Obama (it was created as part of the 2009 stimulus bill) and the prez really, really wants it made permanent, there's no guarantee that it will survive beyond this tax year.

Legislative Update 2: Obama got his wish! When the Protecting Americans from Tax Hikes, or PATH, Act of 2015 became law on Dec. 28, 2015, it made 22 tax extenders a permanent part of the Internal Revenue Code, including the American Opportunity Tax Credit. The AOTC now replaces the Hope Tax Credit.

If it lapses, we go back to the Hope Tax Credit, which offers a maximum $1,800 to help pay for college costs and none of it is refundable.

So if your chips off the old block who are home for a free Thanksgiving spread and use of the laundry facilities are heading back to school next year, consider paying that coming tuition before 2012 ends.

Then use those expenses to claim the American Opportunity Tax Credit, maybe for the last time, on your 2012 tax return.

The credit's added tax savings definitely could be one more thing to add to your thankful list this Turkey Day.

Sure? Good to hear that..

This is good news for many parents who have suffered from financial problem. They will surely be happy about this. Thank you for sharing this great news.

Really? An education tax break? This is definitely great! I just heard this now. This program is very beneficial for parents sending children to school especially if they have 2 or more children in college. This would also surely encourage parents to send their children to schools.