What's new when it comes to filing your 2022 taxes 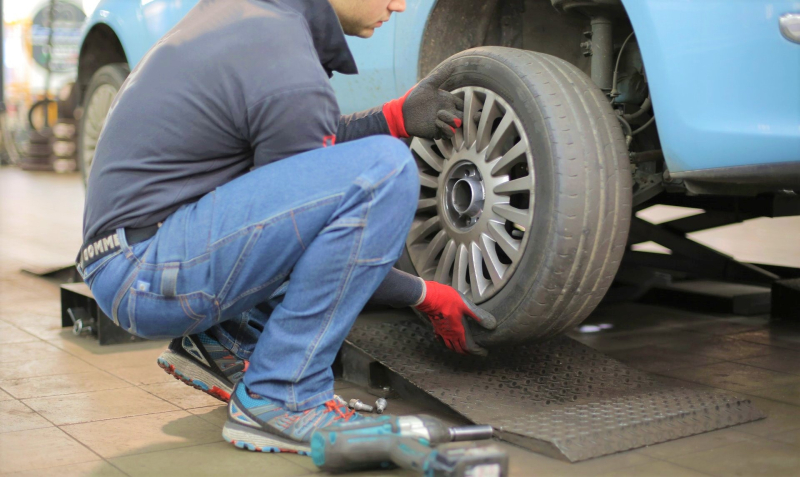 The tax code is like a car. A big, old, clunky car that just keeps chugging along. But every now and then you need to tune it up and change the tires. Here are some tweaks to the 2023 filing season model. (Photo by Andrea Piacquadio)

Tax filing rolls around every year. But every year, there also are a few changes that make the process slightly different from prior filings.

We didn't have any major tax law changes in 2022. But some old rules come into play, as does the expiration of some tax breaks that many folks had enjoyed in prior years.

One expanded tax credit, however, remains. And as a bonus, there's also a dreaded income reporting change that won't happen. Yet.

Here's a look at some of the changes taxpayers will or could encounter as they work this year on their 2022 tax returns.

A slightly later filing deadline: Tax Day is still in April, but not April 15. That's on Saturday, so the deadline to get your return and any due taxes to the Internal Revenue Service moves to the next business day. But this year, that's not Monday, April 17.

That day is the Emancipation Day holiday in Washington, D.C., and federal law requires the IRS to follow the national capital's holiday schedule. So Tax Day 2023 is Tuesday, April 18.

That shift also gets federal taxpayers nationwide on the same calendar.

Patriots' Day, the commemoration of the American Revolution's opening battles in 1775 at Lexington and Concord, is a state holiday in Maine and Massachusetts. It's the third Monday in April in those states.

If you're a tax procrastinator, also mark Oct. 16 on your 2023 calendar. That Monday is when you have to file the 1040 for which you'll get an extension by filing Form 4868. It's a day later because the usual Oct. 15 is on Sunday.

Remember, though, that when you do put off filing for six more months, filing your return is all you're extending. When you submit Form 4868, you also have to pay any tax you expect to owe. Fail to do that in April, and Uncle Sam will tack on penalty and interest charges.

Larger standard deductions (and more): Inflation got a lot of attention last year, but even before it skyrocketed, it was up enough to make a difference on 2022 taxes. The big change for most filers is the increase in the standard deduction amount.

The full 10-part series technically is for the 2023 tax year that just started, but each of the separate posts also show the 2022 tax year amounts for comparison. You can find the full inflation series directory at the end of Part 1, a look at the also increased income tax brackets.

Smaller tax credits: During the COVID-19 pandemic, several individual tax credits were increased, and delivered immediately, to get much needed financial help into the hands and bank accounts of folks who lost jobs due to health crisis closures.

Those increases were in the amounts available to eligible claimants of the Child Tax Credit (CTC), Earned Income Tax Credit (EITC), and Child and Dependent Care Credit.

This means that most of the taxpayers who received the higher credit amounts likely will get a significantly smaller refund compared with the COVID-prompted credit amounts.

Healthcare credit for more: One tax credit, however, is still around and actually is available to more people.

The Premium Tax Credit (PTC) helps individuals and families cover the cost of medical insurance they purchase through the Health Insurance Marketplace. As a credit, it helps reduce a person's tax liability dollar-for-dollar. Even better, the PTC is refundable, meaning that if the credit wipes out what you owe, you get the excess back as a refund.

The American Rescue Plan Act (ARPA) temporarily expanded the eligibility potential for the PTC by eliminating an earnings cap. ARPA did away, at least for the 2021 and 2022 tax years, the rule that taxpayers with household income of more than 400 percent of the federal poverty line weren't eligible for the PTC.

Nonitemizer charity deduction disappeared: Another tax break added during the pandemic offered a way for donors to charity to get a tax deduction without itemizing. This move was seen as a way to reward all those who claimed the standard deduction, but still gave to nonprofits that were overwhelmed by people seeking help due to added COVID-related needs.

Those generous taxpayers were allowed to claim a deduction of up to $300 ($600 if married filing jointly) directly on their 1040 forms.

That deduction option, however, also ended at the end of 2021. Now we're back to the tax law that says only itemized charitable donations can be deducted.

Delay of 1099-Ks: One positive change for many taxpayers is the IRS' recent decision to put on hold a new lower reporting threshold for income received via settlement operations such as Venmo, PayPal, and similar payment systems.

These so-called third-party networks were supposed to issue a Form 1099-K to people who got payments of $600 or more through them. Such money-making payments always have been taxable, regardless of amount, but the forms, which are copied to the IRS, previously had a much higher dollar amount trigger of $20,000.

The reasoning was that many folks were unaware they owed tax on the money they made from gig jobs, which often are paid via the third-party systems. Receipt of the official tax document would remind them they had to include the income on their tax returns.

But an uproar from online sellers, gig workers, the settlement operations, the tax community, and Congress raised concerns that some payments are not taxable. The example cited most often was of people selling unused items, but not at a profit. Those sellers could erroneously receive a 1099-K.

So the IRS declared 2023 a transition year. It will not enforce the $600 1099-K trigger. That should allow all involved to become more familiar this year with the requirement and work out ways to ensure that the income statements are issued appropriately in 2024.

Those are a few of the changes you will or might encounter when you file your return this year. If they affect you, take note.

Also don't be in such a rush to file that you make a mistake in connection with these changes or long-standing tax laws. It's always better to file a little later, but do so correctly.