May 15 is now Tax Day for California flooding victims 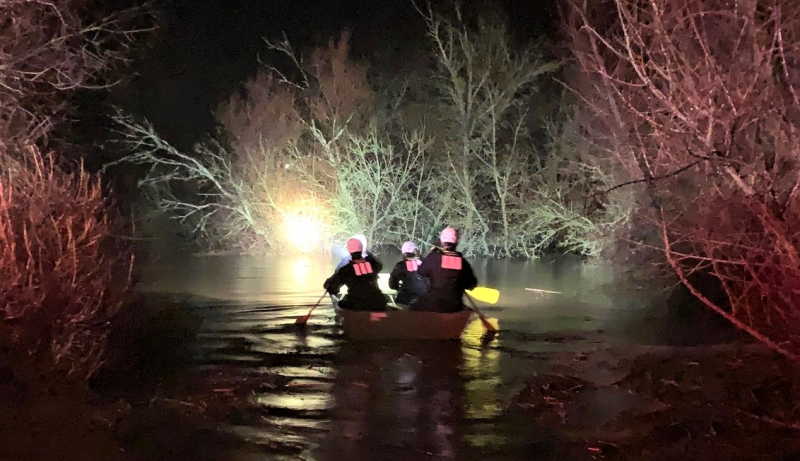 The California Governor's Office of Emergency Services (Cal OES) coordinates emergency responses, such as this one in early January before the latest disastrous rains and flooding engulfed the state. (Photo courtesy Cal OES Facebook)

California covers a huge area, so there's room for plenty of extremes. That includes weather. Over the last few days, the Golden State has gone from devastating drought to equally devasting flooding.

This week began with around 90 percent of California's population under a flood watch. Today, the Internal Revenue Service announced that it is giving taxpayers who are dealing with the disastrous conditions in 31 counties more time to complete their 2022 tax returns.

California storm victims now have until May 15 to file various federal individual and business tax returns and make tax payments.

Other areas that are added later — and looking at the current weather, that seems likely — will qualify for the same relief. I'll add any other areas that FEMA designates in the coming days.

The May 15 Tax Day deadline also applies to the quarterly estimated tax payments, the fourth for 2022 that due on Jan. 17, as well as the first quarterly payment for 2023 that's due on April 18.

Estimated taxpayers in the above noted California counties can skip making the fourth quarter payment, and instead include it with the 2022 return they file, on or before May 15. The first 2023 estimated payment should be sent separately on or before May 15.

California individual taxpayers in the disaster areas also have until May 15 to make 2022 tax year contributions to their IRAs and health savings accounts.

Businesses in the disaster-declared counties have until May 15 to file various 2022 business returns normally due on March 15 and April 18.

In addition, farmers who choose to forgo making estimated tax payments and normally file their returns by March 1 will now have until May 15 to complete that task and pay any tax due.

Automatic, and additional, relief: As usual, the IRS automatically provides filing and penalty relief to any taxpayer whose IRS address of record is in the disaster area. So you don't have to contact the agency to get the relief.

If, however, you do qualify for the disaster-related tax relief and get a late filing or late payment penalty notice for a tax falling within the postponement period, call the number on the notice to have the penalty abated.

The IRS also will work with any taxpayer who lives outside the disaster area but whose records necessary to meet a deadline occurring during the postponement period are located in the affected area. This could be the case for taxpayers not in the disaster area, but who rely on a tax professional whose business is in an affected county. If you live outside the disaster but need the relief, too, call the IRS toll-free at (866) 562-5227.

This offer of tax relief also applies to workers assisting the relief activities who are affiliated with a recognized government or philanthropic organization.

Other tax options, including year of claims: Long-time readers, even those who thankfully have never been through a major natural disaster know the drill's next steps.

All major disaster victims can choose to claim any uninsured losses as itemized deductions on their current tax returns, which is the California cases is their 2023 filings next year, or on the prior year's returns, which would be the 2022 tax returns that now are not due until May 15.

The key here is to determine which tax year will produce the better tax results. Claiming it on the prior year filing also could get affected taxpayers refund money this year they could use toward repairs. Again, it will take some calculations, but the difference could be substantial so get some help and take the time to run the numbers.

Whenever you decide to make the storm claims, include the FEMA disaster number on the filing. For California filers in these latest flood designated areas, that's FEMA-3591-EM.

You can read more about making major disaster loss tax claims in IRS Publication 547, as well as in my earlier post on what to consider when making a major disaster tax claim. The IRS' Disaster Assistance and Emergency Relief for Individuals and Businesses page also has more information on returns, payments, and tax-related actions for qualifying taxpayers.