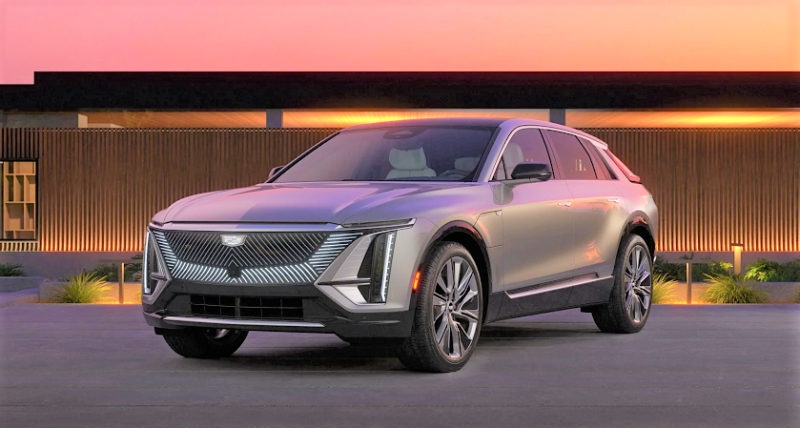 Sometimes the obvious is, well, obvious. Until it isn't.

Back in 1964, Supreme Court Justice Potter Stewart's famous intuitive declaration about knowing pornographic material when he saw it made things clear. Then on Jan. 11, 2015, we Dallas Cowboys fans, then belatedly the NFL, knew that Dez Bryant's touchdown catch was definitely a catch.

Now General Motors (GM) and Uncle Sam are fighting over what, for most of us, is pretty clear, specifically what counts as an SUV.

Big carbon footprints: For years, the Environmental Protection Agency (EPA) and the Department of Energy (DOE) have set the rules on vehicle emissions, with part of the consideration being the type and size of auto.

"Those standards vary depending on the size and weight of the vehicle, thanks to the so-called 'footprint rule,' a fiction fobbed off on the government by the automakers years ago that says larger, heavier vehicles are allowed to pollute more than smaller, lighter cars," writes by Steve Hanley in an article for CleanTechnica. The footprint rule, he notes, is why cars and trucks seem to be getting bigger and heavier every year.

Now the Treasury Department and Internal Revenue Service are part of the SUV definition mix. In proposed rules as to what makes and models qualify for the new electric vehicle (EV) tax credit, Treasury and IRS have deemed the Lyriq a passenger car, not an SUV.

Car vs. SUV credit limits: That designation means the Lyriq's retail price cannot be more than $55,000 in order for it to qualify for the EV tax credit up to $7,500 under the Inflation Reduction Act. That's the top purchase price for cars, which the IRS says the Lyriq is, to be eligible.

That's not a problem for the two Chevrolet Bolt versions with which the Lyriq now is classified. The 2023 Chevrolet Bolt starts at $27,495. The slightly larger Bolt EUV has an initial listing of $28,795.

But the starting price for a Lyriq, produced by GM's luxury division Cadillac, is $63,795.

If Treasury and the IRS had classified the Lyriq as an SUV, it would be OK as far as the EV credit. SUVs priced up to $80,000 qualify.

Personally, I'd deny the Lyriq the tax break because of its pretentious bastardization of a regular word, in this case a musical term. I'm looking at you, too, Hyundai Ioniq, Nissan Ariya, and the blatant Volvo Recharge. But that's probably just me.

In fairness, auto manufacturers have a long history of badly named vehicles beyond the Edsel. But I digress.

Tax break for luxury auto buyers: Of course, folks willing to shell out more than $63,000 before the dealer adds any accessory packages are not worrying about tax credits.

Sure, Lyriq buyers would take the tax break if it applied. Everyone should take advantage of every legal tax benefit for which they qualify. Even the IRS says so.

But if these vehicle buyers are shopping for a Cadillac, SUV or car, then the lack of an EV tax credit probably isn't going to make them go to the Kia dealer down the road for a Forte (hmmm, another musical term).

Consistent rules for customers and competitors: Still, GM and Cadillac want to keep pace with other electric luxury SUVs. And, of course, make sure their competitors don't get a government sanctioned advantage, tax or otherwise.

"We are addressing these concerns with Treasury and hope that forthcoming guidance on vehicle classifications will provide the needed clarity to consumers and dealers, as well as regulators and manufacturers," GM told Reuters last week.

Using the criteria that the EPA and DOE consider in their decisions " drives consistency across existing federal policy and clarity for consumers."

Most of them, notes GM, think of the Lyriq as an SUV. That's thanks, in large part of course, to the automakers' advertising of the vehicle as an SUV.

We'll see if GM's government relations staff and Washington, D.C., lobbyists can be equally convincing with Treasury and IRS officials.