Alabama, Georgia residents in tornadoes' paths now have until May 15 to file taxes

National Weather Service radar of a quasi-linear convective system (QLCS) and supercells, along with severe warnings in the southeastern United States during the afternoon of Jan. 12, 2023. The Autauga County, Alabama, EF3 tornado was on the ground at the time. (Image via Wikipedia; click here to see radar loop)

Tax season 2023 starts today, but some more filers won't have to worry about meeting the April Tax Day deadline because Mother Nature continues to wreak havoc across the United States.

Her Mommy Dearest outbursts earlier this month resulted in major natural disaster declarations in Alabama and Georgia. That, in turn, prompted the usual Internal Revenue Service tax relief for the storm victims.

The system of deadly storms, straight-line winds, and tornadoes moved across those southern states starting on Jan. 12. The storms' particularly heavy damage now gives some Yellowhammer and Peach State taxpayers, both as individuals and business owners, until May 15 to file various federal tax returns and make associated payments.

Who gets tax relief? Alabama taxpayers get the disaster-related tax relief if they live in or their businesses are in Autauga, Coosa, Dallas, Elmore and Hale counties. 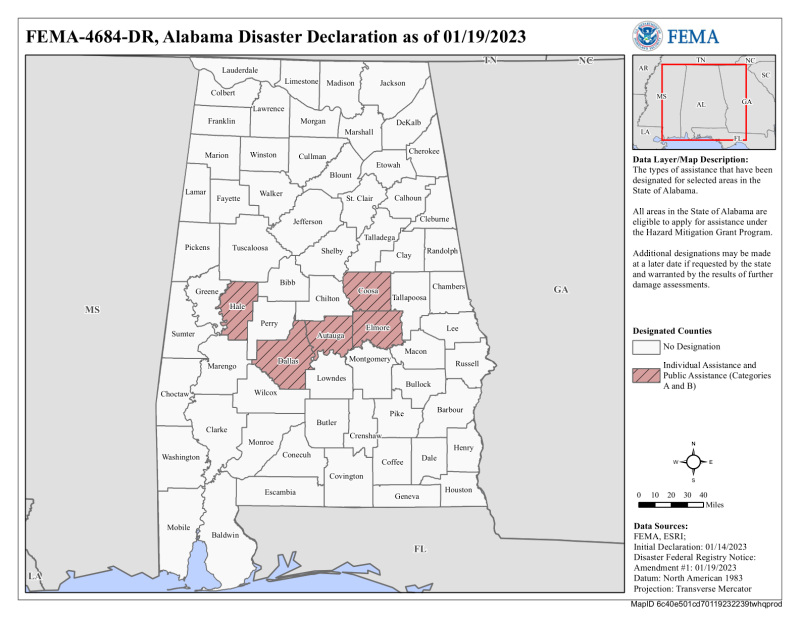 Next door in Georgia, the tax relief applies to those individuals and businesses in Butts, Henry, Jasper, Meriwether, Newton, Spalding, and Troup counties 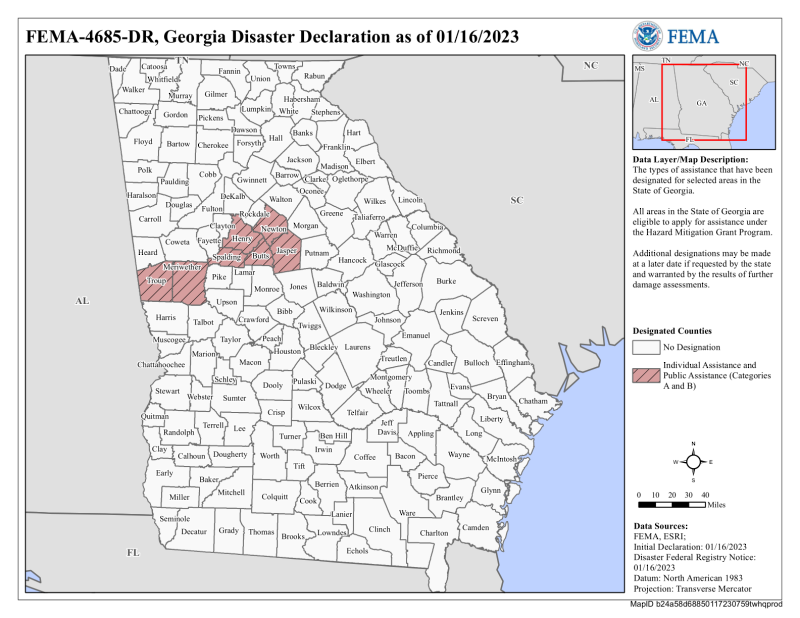 New May deadline for individuals: The main deadline is this year's April 18 Tax Day for individual filers. That's now May 15 for those in the disaster areas.

The new deadline also applies to the Jan. 17 final tax year 2022 estimated tax payment. Although the IRS issued the relief after that date, it says that affected individual taxpayers who didn't meet the January due date can wait and include that fourth quarter estimated tax payment amount with the 2022 return they file on or before May 15.

Individual taxpayers in the disaster areas also have until May 15 to make 2022 tax year contributions to their IRAs and health savings accounts.

Later business due dates, too: Businesses in the disaster-declared counties also have until May 15 to file various 2022 business returns normally due on March 15 and April 18.

And Alabama and Georgia farmers who chose to forgo making estimated tax payments because they usually file their returns by March 1 will now have until May 15 to complete that task and pay any tax due.

Automatic, and additional, relief: As usual, the IRS automatically provides filing and penalty relief to any taxpayer whose IRS address of record is in the disaster area. So you don't have to contact the agency to get the relief.

If, however, you do qualify for the disaster-related tax relief and get a late filing or late payment penalty notice for a tax falling within the postponement period, call the number on the notice to have the penalty abated.

This offer of tax relief also applies to workers assisting the relief activities who are affiliated with a recognized government or philanthropic organization.

Other tax options, including year of claims: Long-time readers, even those who thankfully have never been through a major natural disaster know the drill's next steps.

All major disaster victims can choose to claim any uninsured losses as itemized deductions on their current tax returns, which in the Alabama and Georgia cases is their 2023 filings next year, or on the prior year's returns, which would be the 2022 tax returns that now are not due until May 15.

The key here is to determine which tax year will produce the better tax results. Claiming it on the prior year filing could get affected taxpayers refund money this year they could use toward repairs. But all tax and financial factors need to be examined, such as your current and last year's tax bracket, and any other deductions you may be able to claim in either year.

Making the filing year decision will take some calculations, but the difference could be substantial. So don't rush it. Get some help if you need it, and take the time to run the numbers.

Whenever you decide to make the storm claims, include the FEMA disaster number on the filing.

Yellowhammer State filers should write "Alabama severe storms, straight-line winds, and tornadoes" in bold letters at the top of the form. Be sure to include the FEMA disaster declaration number, which is FEMA-4684-DR.

Peach State taxpayers should write "Georgia severe storms, straight-line winds, and tornadoes" in bold letters at the top of the form. Those filers' disaster declaration number is FEMA-4685-DR,

You can read more about making major disaster loss tax claims in IRS Publication 547, as well as in my earlier post on what to consider when making a major disaster tax claim. The IRS' Disaster Assistance and Emergency Relief for Individuals and Businesses page also has more information on returns, payments, and tax-related actions for qualifying taxpayers.