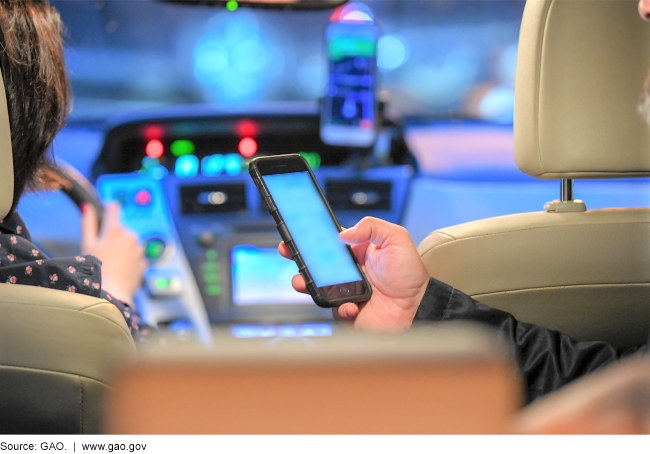 This form has been used for years for third-party payment processors — for example, PayPal, Amazon, eBay, Facebook Marketplace, rideshare companies, and many more — to report to fund recipients the money they got during the year. The Internal Revenue Service also gets a copy so it can check the amounts that the earners report on their tax returns.

Taxpayers have been getting 1099-K forms since 2012, with this initial reporting coving third-party amounts in 2011. The factors that triggered their issuance was two-part: gross payments during the year of more than $20,000 and more than 200 such transactions.

More reporting to close the Tax Gap: The reasoning for the new reporting requirement was simple. The Tax Gap, that amount of money the Internal Revenue Service says it is legally owed, but which it's been unable to collect, was growing.

Part of that increase, argued tax officials, was taxable money that recipients didn't report. Getting the unreported earnings info from other sources would force these tax cheats to 'fess up on their 1040s.

But guess what? The Tax Gap kept growing. It's now estimated to be around $496 billion.

Then came COVID. Gig jobs exploded during the coronavirus pandemic, and that type of freelance work is very easy for earners to, let's give them the benefit of the doubt and say overlook, at tax filing time.

So the 1099-K was tweaked. OK, not the form (that's a copy shown below) so much, but the rules on when it must be issued. 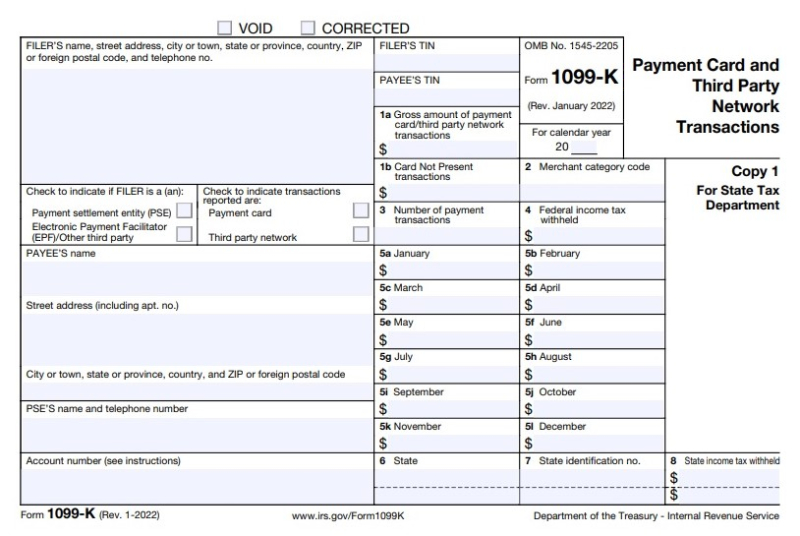 See more tax forms and more about them at 2022's Talking Tax Forms and the now-live Tax Forms 2023).

Changed, but not enforced yet: A provision in the American Rescue Plan Act (ARPA) of 2021 reduced the issuance requirement to just $600 in earnings. Period. For any number of transactions.

The plan/hope is that taxpayers, tax professionals, and third-party payment processors can work out the finer points of issuance, and taxpayer education, by then.

That unexpected move elated lots of folks, mainly those who were going to get 1099-Ks. It also irked some tax policy experts.

Tax loss for IRS and law-abiding taxpayers: The headline on the Tax Policy Center's TaxVox blog post The IRS's Christmas Gift to Airbnb and PayPal Is a Loss for Law-Abiding Taxpayers makes it clear what Daniel Hemel and Steven M. Rosenthal think about the IRS move.

The reporting delay will likely will cost the federal government more than $1 billion this tax season, write Hemel, a professor at New York University School of Law, and Rosenthal, Senior Fellow at the Tax Policy Center.

"And beyond the short-term budgetary impact, it sets a terrible precedent for the future of tax enforcement," write the TaxVox post authors. They say that the IRS' unilateral decision, without invoking any statutory authority for its decision, raises concerns about the agency's commitment to following the law.

"The rest of us ought to be outraged," say Hemel and Rosenthal.

Their righteous tax anger earns them this weekend's first Saturday Shout Out.

Where the delay works: But since all tax situations are personal, and I like to play Devil's advocate, there are situations where the IRS 1099-K decision is justified.

That's not to say that they don't owe tax on money that, at least this year, won't be reported to them or the IRS on 1099-Ks. But it is to say that they need to understand why they owe so that their voluntary tax compliance upon which our tax system is based continues. Voluntarily.

Nicole Appleberry, in a guest post for Procedurally Taxing, describes these erstwhile taxpayers:

"The lay taxpayer public, who have generally not fully explored the 'Internal Revenue Code and its festooned vines of regulations,' … sometimes has its own set of tax 'truths.' For example, that income is only taxable (and self-employment tax only applies) if you think you're running a real business, not just a side hustle. If there's enough cash for it to feel significant in your life. If the IRS finds out about it."

Appleberry, clinical professor of law at the University of Michigan Law School and director of the school's Low Income Taxpayer Clinic (LITC), elaborates in her post how the new 1099-K reporting requirement impacts low-income taxpayers.

Appleberry notes that her and other LITCs across the country, which work with lower-income taxpayers resolve their IRS issues, have not, so far, been overwhelmed with taxpayers dealing with such side earning problems.

However, when the new 1099-K reporting level is enforced, she sees several situations where lower-income taxpayers could face tax trouble, and turn to a LITC to get help sorting it out.

"Fortunately, we have one more year to get the [$600 1099-K] word out and bring our professional and lay truths closer together," writes Applebery. "So, all you wonderful tax advisors: time to help get the word out!"

Appleberry's optimistic take on how the IRS' transition delay can be useful for The Low-Income Taxpayer and Form 1099-K earns her post this weekend's second Saturday Shout Out.