Home Table of Contents Tax Tips Credits Deductions Refunds State Taxes Politics/Laws Tax Terms Archives
Pay your taxes or pay penalties, too, which will go up in 2023 due to inflation
IRS-Criminal Investigation tax crime efforts pay off domestically and globally in FY22

World Series games are a financial boon for Houston, Philly, and their tax collectors 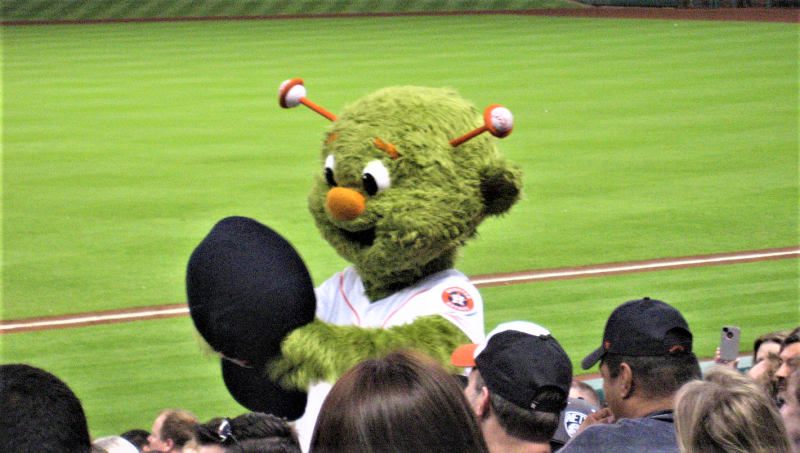 The Houston Astros will play what fans, including me, hope is their last game of the 2022 Major League Baseball season tonight in Minute Maid Park. If they beat the Philadelphia Phillies, they get to hoist the World Series trophy in front of their hometown fans.

Some H-Town businesses, however, might be hoping for a game seven on Sunday night. So is the Texas Comptroller.

They want one more game for, of course, more money. Both for businesses and tax collectors.

Higher costs for fans: Astros fans, and the stray Philly supporters, who'll be at the ballpark tonight already are paying out the wazoo to see the game. Ticket prices for game six range, according to a KHOU*11 report, from $912 ("just" $854 for standing room) to $15,976.

But that's just part of the outlay.

There's the hotel and travel expenses for out-of-town fans. Plus, the in-town transport via taxi or ride sharing, not to mention parking fees for those who drive to The Juice Box.

There's the food, both at Houston eateries and game concessions.

Financial impact of fans: While most of the Houston proper and suburban businesses support the MLB team, they also are loving the added revenue. When any home team does well, so do the city's businesses.

The Astros' 2021 World Series appearances generated roughly $25 million in economic activity for the Houston market over three home games, according to a Houston Chronicle report. That was similar to the team's 2019 WS economic impact, or around $8 million per game.

Now, however, it likely will be more. Part of the reason is, wait for it, inflation.

While higher prices this year have put a damper on what folks are willing to spend for general entertainment activities, that hesitancy went out the window when the 'Stros made it back to the World Series.

Houston First CEO Michael Heckman told the hometown newspaper that the city is likely to see a significantly larger impact than in previous series, or around $12 to $14 million per game this year.

Not only are apparel and other MLB products taxed, the meals (and overpriced adult beverages) in and outside the ballpark are, too. And hotel rooms. And just about everything else, or so it seems.

So tax collectors are root, root, rooting for the home club, too.

And even if, fingers crossed, the series ends tonight, the cash outlays will continue. There will be new World Series winning merchandise and visitors staying in or coming to town for the championship parade.

The good will and spending likely will spill over into the 2023 season, too. Long-time and bandwagon fans will be buying more regular MLB game tickets and associated team paraphernalia next year to cheer on their champs.

But the City of Brotherly Love got even more.

Since Pennsylvania has a state income tax, and Philly has a wage tax, the playoff baseball games there meant added jock tax money. As regular readers know, this is the tax that states and cities (and other taxing jurisdictions) collect on visiting performers, including highly paid professional athletes.

The Philadelphia Inquirer says that based on published salary figures and the city's wage tax formula, a conservative estimate is that the Houston Astros players will have kicked in more than $90,000 in wage-tax revenues to the city treasury for a four-day visit.

Shouting for the team and tax stories: The economic and tax connection to sports, and the current World Series in particular, is the impetus for this weekend's Saturday Shout Out items.

First, there's the Houston Chronicle's piece When the Astros win big, so do Houston's businesses. Sorry, but I think this is behind a subscriber paywall.

However, KHOU*11's story also looks at the sports financials in 'We just couldn't be happier' | World Series means major league bucks for Houston.

As for the competition, I was able to read in full, even as a non-subscriber, the Philadelphia Inquirer piece Philadelphia has at least 90,000 reasons to love the Houston Astros: their wage-tax dollars.

Fan time: OK, I now fear I've totally jinxed the Astros chances of closing out the series tonight. So in hopes of reversing any bad juju created here, I'm off to double down on my pre-game rituals.

I know, it's silly. If my superstitious activities really worked, I wouldn't be so anxious and all my sports teams would have multiple championship trophies!

But, hey, such is the life of a sports fan. May your teams win, as long as they're not playing mine!