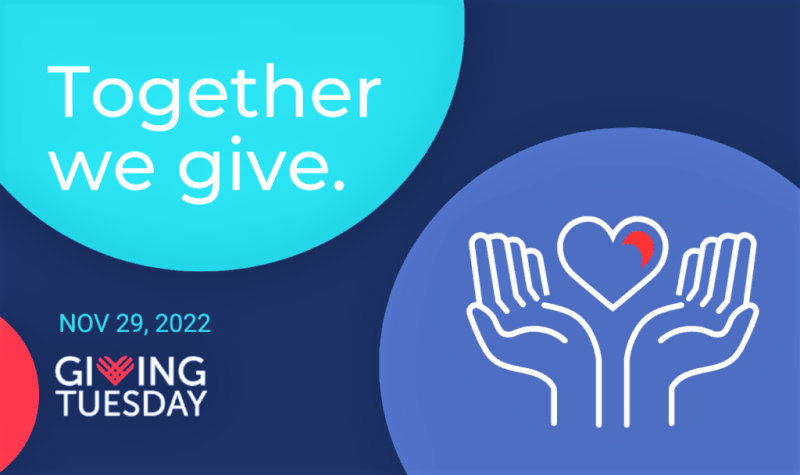 The Tuesday after Thanksgiving has become a popular donation day.

The charitable boosting effort, dubbed Giving Tuesday when it was initiated in 2012, is now the unofficial kick-off of the annual end-of-year charitable season.

Most people don't give to good causes because they get tax breaks. Thank goodness for that, since the 2017 tax reform bill made it more difficult to claim a charitable deduction for donations.

And that brings us to the first of this post's six charitable donation tax tips.

But since the Tax Cuts and Jobs Act (TCJA) of 2017 took effect, fewer of us than ever are itemizing. That's because the GOP tax code rewrite greatly enhanced the standard deduction amounts, which vary according to your filing status. For 2022, that's:

If you're already planning your 2023 taxes, check out next year's standard deductions in Part 2 of the ol' blog's inflation adjustments series.

If your charitable gifts, and all your other itemized expenses, don't exceed your standard claim, then there's no reason to mess with Schedule A.

2. Note the donation deduction maximums: If, however, you do find that itemizing works for you and you plan to give to your favorite nonprofits, go for it.

Remember, however, that there is maximum amount that's deductible. When you donate cash — which to the Internal Revenue Service means not just currency, but credit or debit card gifts, as well as old-fashioned paper checks — to a public charity — which are those that earn the IRS' 501(c)(3) designation — you can generally deduct up to 60 percent of your adjusted gross income (AGI).

There's also a percentage limit on donations of long-term appreciated property. These gifts of assets you've held for more than a year are generally deductible at fair market value. The limit here is 30 percent of your AGI.

3. The non-itemizing claim option expired: OK, I hear some of y'all wondering about the option to claim some cash donations directly on Form 1040. That option, which allowed a single taxpayer to claim up to $300 in charitable gifts, and married filing jointly filers to claim $600, expired at the end of 2021.

Nonprofits have continued to push for the reinstitution of this donation claim that was found on the 1040. So far, however, Congress has not acted.

There is a very slim chance it might be added to end-of-year legislation and made retroactive so that it applies to the 2022 tax year. But don't count on it.

4. Give some of your retirement savings: If you're at least age 70½, you have a special giving opportunity. You can give up to $100,000 from your tax-deferred traditional IRA.

This option, known as a qualified charitable distribution or QCD, obviously is for folks who don't need all their retirement funds to meet their daily expenses.

It's also a great way for those who are facing a required minimum distribution (RMD). Your QCD can help you meet your RMD amount, but since you're giving it away, it won't count as taxable income to you.

To ensure that your QCD amount isn't taxable is to follow the gift-giving rules. It must be transferred directly to an IRS-qualified charity. You cannot take out the amount and then give it to the charity.

Nonprofits and retirement account fiduciaries are familiar with this process. So let them know what you want done, and how much you want transferred as a QCD, and they will take care of it.

You don't get a tax break for a QCD, but the not taxable RMD is quite an acceptable offset.

The lack of tax deduction also means that you then don't have to itemize, even though you're donating, possibly a hefty amount, to a charity. You can still take advantage of your standard deduction amount, which is even larger for older taxpayers.

And don't be freaked out by the $100,000 amount. That's the maximum you can transfer. Your QCD can be less if that's what your RMD and financial circumstances dictate.

5. Get receipts: Tax law requires you to get a receipt when your gift of cash or property is worth more than $250. Officially, the IRS says you need a written letter of acknowledgment from the charity. The letter must include the amount of cash you donated, whether you received anything from the charity in exchange for your donation, and an estimate of the value of those goods and services.

If your gift is less than that receipt trigger, get one anyway. It's just good to have that confirmation in your tax records, regardless of how much you give.

Reputable nonprofits are well aware of the IRS' documentation demand, so most will give you a receipt upon receiving your gift. They often then send a second thank you acknowledgment at the start of the next year when you're getting ready to file.

In most cases, you don't have to submit the receipts along with your tax return. You do need to have the gift verifications handy if the IRS has any question about your philanthropic efforts.

6. Check out your charity: This is the last tip on this list, but it's a task you should take care of before you make a donation. You obviously want to ensure that the nonprofit you've chosen is reputable and makes good use of donations.

It also must be approved by the IRS, getting the previously mentioned 501(c)(3) designation. If it's not, then the IRS will disallow your deduction.

In the almost two decades that I've been tax blogging, I've regularly told Don't Mess With Taxes readers to always check the IRS' online Tax Exempt Organization Search tool to ensure that the group is on the up-and-up.

But that search tool is having some issues right now. The special IRS.gov page warns users to "Expect delays in data updates for the Tax Exempt Organization Search tool. We are still processing paper-filed 990 series received 2021 and later."

Then there's the matter of Uncle Sam's tax agency recently screwing up some charity validations. So you might want to get second or third opinions on the legitimacy of your chosen charities.

There is Charity Navigator, as well as Candid, which is the combined effort of GuideStar and Foundation Center. There's also the Better Business Bureau's Wise Giving Alliance and Charity Watch. All of these charity oversight groups are themselves nonprofits.

My earlier post IRS approves some fake charities. What's a donor to do now? has more suggestions on checking out charities.

OK, ready to help others? Thanks!

And be sure to take any tax breaks for which you qualify when you file your return next year.