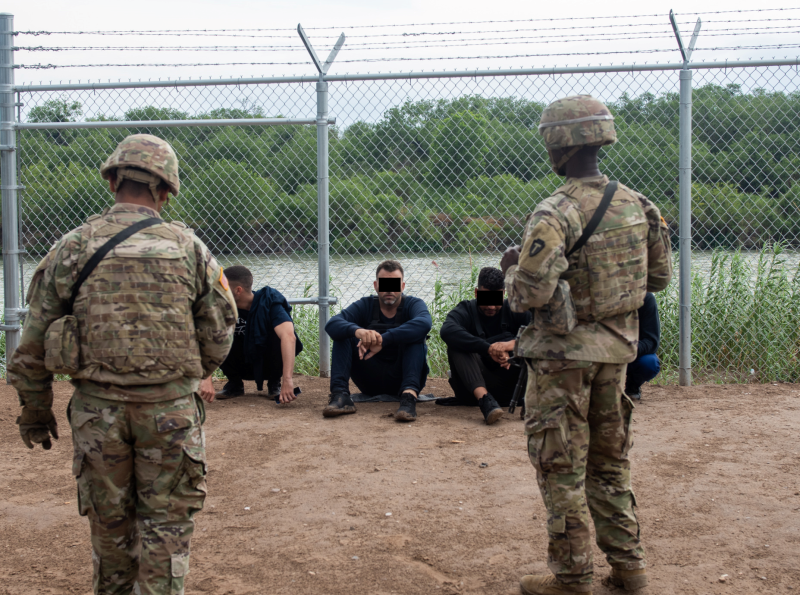 Military personnel face lots of challenges. One unexpected one for some Texas troops is the Internal Revenue Service.

Texas National Guard members deployed to the Texas-Mexico border as part of Gov. Greg Abbott's Operation Lone Star could end up paying hundreds or even thousands of dollars in unexpected federal taxes, according to a report by the Texas Tribune.

The problem is a payroll error made by state officials.

Incorrect withholding by employer: The Tribune story says the payroll system used by the Texas Military Department in connection with the mission withheld too little in federal taxes from service members.

The underwithholding has gone on since October 2021, when Abbott increased the number of troops from 2,500 to a peak of 6,500 last November, according to the nonprofit news service.

While the two-to-three months of underwithholding last year probably made a bit of a difference on the Texans' 2021 federal returns, many might not have noticed.

However, the same wrong withholding has been going on in the current tax year for nine months, even though the Tribune reports that state officials became aware of the troops' potential tax problem in July 2022.

Nine months of wrong withholding and counting can really add up, and not in a good way for the affected taxpayers.

Troops notified of need to act: In an email to the Texas Tribune, the Texas Military Department's public affairs office said that it and Operation Lone Star "responded to this issue rapidly through publications, command guidance, town halls, and other means to accomplish full awareness and support individual adjustments to tax withholding forms as needed."

The Texas Tribute talked to some of the Guard members about the withholding matter.

"I was wondering why I was making so much," lamented one Army officer. “Wow. Just wow."

Another service member who learned of the issue a few days before leaving the mission in September said troops had raised concerns about the withholding of taxes on their paychecks since last winter, when the mission was experiencing other pay problems.

"We questioned about it at the time and they said 'Oh, everything's all right,'" he said. "They told us everything was good."

However, it might not be good for many of the affected service personnel. Some could face triple-digit tax bills next April 15.

That could be the case for Texas National Guard members who didn't get the message, or didn't fully understand that they, the taxpayers, need to take action. With too little taken out of their regular pay, they could face unexpected tax bills when they file their tax year 2022 federal 1040s next year.

Withholding issues on both sides: Employers sometimes do make mistakes when withholding taxes from their employees.

Most of the time, however, employees miscalculate or intentionally tweak their withholding. This is often the case for workers who use overwithholding as a forced savings account in order to get a larger federal refund when they file.

If you didn't make any changes, whenever you see a different withholding amount, check with your employer for an explanation.

If you determine you need to change the withholding amount, then let your company's payroll office know.

The process is relatively easy.

Adjust your withholding: Start with the IRS' online Tax Withholding Estimator. It walks you through, in either your choice of English or Spanish, the calculation process, as the screenshot below shows, to help you get the most accurate withholding.

Before you click over to IRS.gov, gather your latest tax return, as well as your most recent pay stubs and income documents. This includes —

After you get the online estimator's results, transfer that information to Form W-4, excerpt shown below, and give it to your employer/payroll administrator. 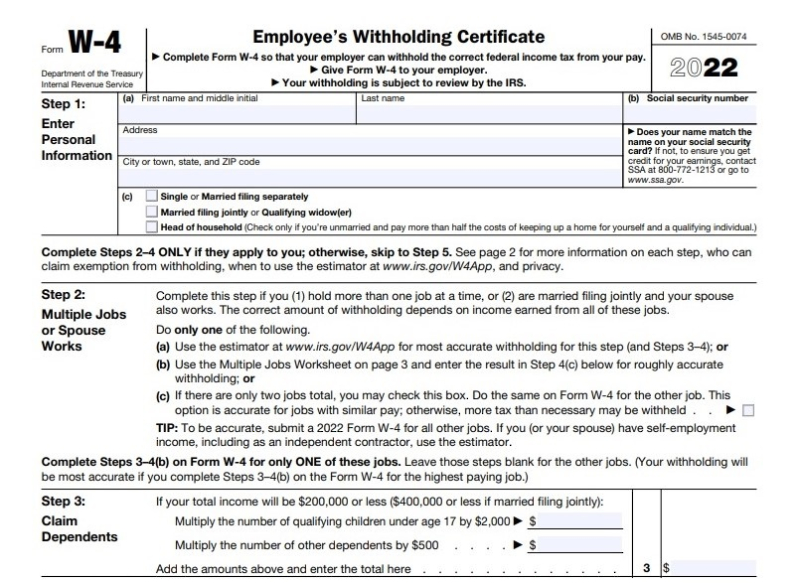 See more tax forms and more about them at Talking Tax Forms.

Change as often as necessary: There's no limit to the number of times you can adjust your withholding. You can make as many changes as you need throughout the year to reflect changes in your personal, financial, and tax lives.

Life events like getting extra earnings from a side gig; a change in marital status (saying "I do" or "I'm outta here"); or having a child can all affect taxes and the amount you should withhold.

The only unofficial limit to making withholding changes is your payroll person's patience!

Withholding as close to tax bill as possible: Don't dawdle when you need to file a new W-4.

If you need to have more taken out of each paycheck, the sooner in the year you make the change, the longer you'll have to spread the amounts over many months. The same is true if you can reduce your withholding. Early action means you'll have more paychecks with extra cash that's no longer going to Uncle Sam.

Either way, getting your withholding correct will mean next filing season your withheld amount will be close to the tax your Form 1040 says you owe.

That's the goal, so you won't have to come up with more than you expected when you file, or end up waiting for a big refund.