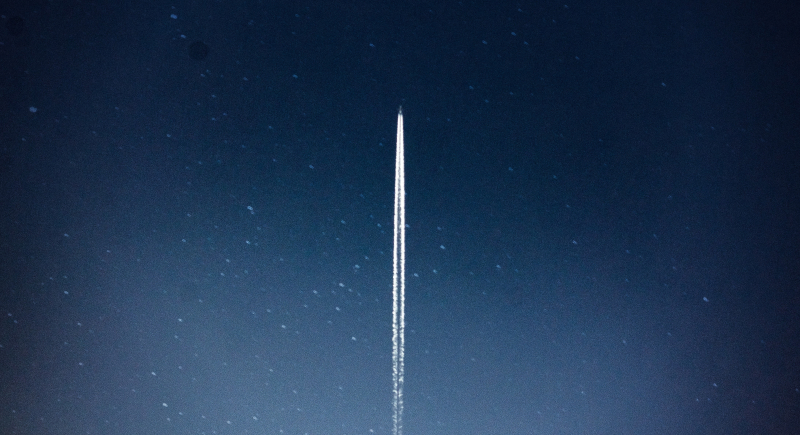 At times, it seemed like inflation was heading to infinity and beyond. (Photo by Edvin Richardson)

Inflation replaced COVID as the daily topic back in 2021, and things just escalated as that economic figure kept climbing in 2022.

Most of the time, the focus has understandably been on how inflation is costing us at the grocery, the gas station and, well, just about everywhere.

But we're finally getting some good inflation news from the Internal Revenue Service. Really.

Some sections of the Internal Revenue Code are tied to inflation. Every year, the IRS takes a look at these numbers and, when warranted, adjusts them to keep rising prices from also meaning higher taxes.

On Oct. 18, the agency issued the 2023 inflation adjusted figures for many of these tax provisions.

What's my tax bracket? The biggies each year are the amount of earnings that fall into each of the seven tax brackets.

The tax rates are set by Congressional action, most recently in the Tax Cuts and Jobs Act of 2017. They remain the same next year, but the amount of money to which each tax rate applies has increased.

This tax bracket inflation expansion means more of us will be keeping more of our money come tax filing time in 2024.

Yep, you read that date in the previous sentence right.

What year are we talking? The income tax brackets and other inflation affected tax areas addressed this week by the IRS apply to the 2023 tax year. They will come into play on our 2023 taxes, which we won't file until 2024.

The 2022 tax year inflation amounts were announced around this time last year. Those figures will govern the tax returns we'll send to the IRS in 2023.

Yeah, the overlap is confusing. But it's also good to have the 2023 amounts. They are useful in making tax moves that can lower the amount we must pay the U.S. Treasury next year.

Comparing the 2022 and 2023 will help us determine, for example, whether we should postpone some earnings into 2023, where the income tax brackets are a bit wider, so you won't be bumped into a higher one on your 2022 return.

Or maybe some of us will find it will be better for our tax bottom line to itemize in 2022, and then take the larger inflation adjusted standard deduction the next year. Looking at the two tax years' numbers can help determine whether bunching expenses in 2022 or pushing them into 2023 will produce a better tax result for either or both years.

So, yes, the IRS' annual tax inflation adjustments are useful, even if the timing causes a bit of dueling dual tax year evaluations.

The vast array of changes also is intimidating. IRS Revenue Procedure 2022-38 is 38 pages in its PDF version. It goes into more, and denser IRS and tax code section detail, on the more than 60 changes.

And it still doesn't cover it all.

Back in April, the IRS released its 2023 inflation hikes for high deductible health plans and associated health savings accounts. It soon should announce separate inflation changes to retirement and pension plans that are affected by inflation. And at the end of the year, we'll get the annual adjustments on the optional standard mileage rates that are tax deductible for various kinds of travel.

I know, my head is spinning a bit and I do this for fun and as a living. But not to worry. The ol' tax blog is here to help.

Parceling out the many changes: I'm not going to dump all these numbers on you at once. You can read the aforementioned Rev. Proc. if you want that. Instead, I once again will be parceling out the latest tax inflation figures.

As long-time readers have come to know and (I hope!) love, this is the start of the ol' blog's annual 10-part series on what the new inflation figures mean to major tax provisions.

As noted, the adjustment of the tax bracket income ranges each year is of particular interest to most of us. That's why those amounts are the traditional Part 1 of the series.

I just want to remind you once again that these 2023 numbers, like all the figures in the upcoming series segments, will apply to returns you'll file in 2024. The return that you'll submit to the IRS next year (2023) is for this current tax year (2022).

Yeah, the crossover can be confusing. But I'll keep reminding you of the differences and, most importantly, will include in each part of the inflation series the 2022 tax year amounts for comparison with the just adjusted 2023 figures.

OK, enough with the preview. Let's get to 2023's income tax rates and taxable income brackets.

Same rates, different income amounts: Despite some continued rumblings from the Biden Administration about possible higher tax rates for the wealthy, things remain the same.

The seven rates set by the Republican tax reform bill, aka the TCJA, five years ago are still in place. And the IRS is planning on them being the same in 2023.

So we're still looking at just how much of our earnings next year will fall into these rates ranging from 10 percent to 37 percent. The table below shows what the rates will be for 2023 and the income ranges their tax brackets encompass.

And here, as promised for comparison purposes, are the 2022 tax year rates and income tax brackets that will apply to this year's tax return you'll file in 2023.

If you just haven't had enough tax numbers, you also can check out the ol' blog's special page on tax rates and income brackets through the years.

Progressive tax rates pay off: By increasing the income amounts to which each of the current seven tax rates apply, you'll be able to make more money without your tax bill growing so much.

Your final tax bill also is kept under relative control thanks to our progressive tax rate system. Your earnings are taxed at all the rates that apply to your income, not just at the top rate that applies to the last dollar you earn.

Applying the just announced 2023 tax brackets, here's how it works, using a single taxpayer — let's call her Kathy — as an example.

That means her taxes break out as, rounding the cents per IRS instructions:

The total for Kathy's 2023 tax bill comes to $17,400. That's an effective tax rate, which is the average rate of tax on all dollars, of 17.4 percent, not her marginal tax rate, the rate that applies to the last dollar that a taxpayer earns, of 24 percent .

In fact, thanks to the progressivity of the tax rates and brackets, the smallest amount of Kathy's overall income next year will be taxed at her 24 percent top rate.

Of course, these calculations for Kathy are a basic, for-illustration-purposes-only example. The ol' blog's tax-savvy readers have already realized it doesn't take into account the deductions (standard or itemized) that Kathy can claim, or any other tax breaks that could reduce her taxable income and ultimate tax bill.

But wait, there's more: And speaking of Kathy's potential deductions and adjustments to income and tax credits, many of them also are adjusted for inflation. Those additional changes for next year will be noted in the coming days in the continuation of the 2023 tax inflation series.

You can get a preview of what's coming up in the directory below. When those listed posts go live, I'll add the links here. This first post is linked in the index.

A couple, like the aforementioned high deductible health plan (HDHP) and health savings account (HSA) amounts, are already there. I'll touch on the HDHP/HSA amounts again in Part 5, the medical tax inflation category.

Similarly, the Social Security Administration (SSA) has released the 2023 wage base amount. While not technically an IRS administered tax, this income figure affects the Social Security part of the Federal Insurance Contributions Act (FICA) payroll taxes, so it gets a mention in Part 7 of this series.

2023 Tax Year Inflation Series: In keeping with the long-standing series sequence, the next-up Part 2 features the always popular examination of the standard deduction amounts. It's not too much of a spoiler to say that they, like the income brackets in today's 2023 inflation series opener, will be bumped up a bit, too.