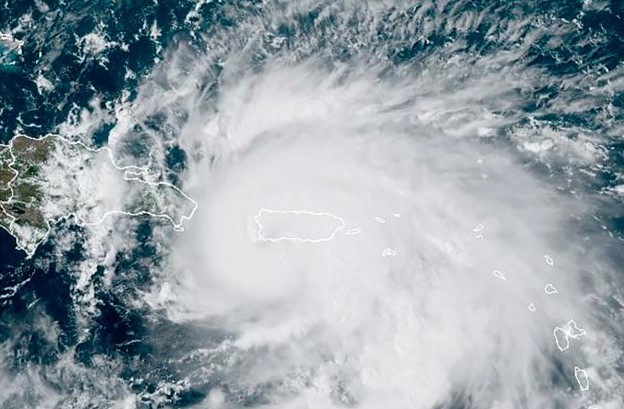 Fiona, the first major hurricane of the 2022 tropical season, not only wiped out power to most of Puerto Rico, it also was responsible for four deaths on the island.

Hurricane Fiona made landfall at the southwestern edge of Puerto Rico the afternoon of Sunday, Sept. 18, but was big and strong enough to wreak havoc across the entire U.S. island territory. The strike came almost exactly five years after Hurricane Maria devastated the island.

One bit of good news is that Hurricane Fiona, a category 3 storm that could grow to category 4 force, is heading north, away from the mainland United States. Bermuda residents are on guard for a possible Fiona landfall.

Another piece of welcome news is that the Federal Emergency Management Agency (FEMA) has declared a major emergency for the entire island. FEMA Administrator Deanne Criswell arrived in Puerto Rico today, Tuesday, Sept. 20, to assess Fiona's damage, and determine what additional resources are needed to support the island's recovery.

And as is standard protocol, the Internal Revenue Service also has stepped in. Today, the tax agency announced a variety of tax-related relief for all individuals and businesses on the island.

Hurricane #Fiona may produce 12 to 18 inches with a local maximum of 30 inches in Puerto Rico, particularly across the eastern and southern portions of the island. These rainfall amounts will produce catastrophic
life-threatening flash floods and urban flooding. pic.twitter.com/dy95w7bGGh

The assorted postponed deadlines are those that occurred from Sept. 17 through next year's mid-February extension date.

PR taxpayers join some MS filers: The Feb. 15 deadline for all Fiona affected Puerto Rican taxpayers puts them essentially on the same tax timeline as taxpayers in Hinds County, Mississippi.

Those Magnolia State taxpayers got the extended February due date because of flooding that created a public water supply crisis in the county, home of the state capital of Jackson.

Claiming disaster losses: Puerto Rico filers who decide to claim a Fiona disaster loss on their 2021 taxes can do so when they file that extended Form 1040 by next Feb. 15. PR taxpayers who have already filed 2021 taxes can file an amended return using Form 1040-X to claim the losses for that prior year.

Remember, this means you'll have to itemize. If your storm damage losses (and other Schedule A claims) are not more than your standard deduction amount, then itemizing, even to claim disaster losses, is not worth it.

Run the numbers so that you make the tax-smart choice of tax year to get the most advantageous tax result.

Regardless of which tax year you decide to use in claiming major disaster losses, write the disaster designation phrase "Hurricane Fiona" in bold letters at the top of any filing related to the disaster. Also include the FEMA disaster declaration number, which in the Puerto Rico storm is EM-3583-RP, on any return.

The IRS' Disaster Assistance and Emergency Relief for Individuals and Businesses webpage has details on other returns, payments, and tax-related actions qualifying for the additional time.

You also can read more about making major disaster loss tax claims in IRS Publication 547, as well as in my earlier post on what to consider when making a major disaster tax claim.