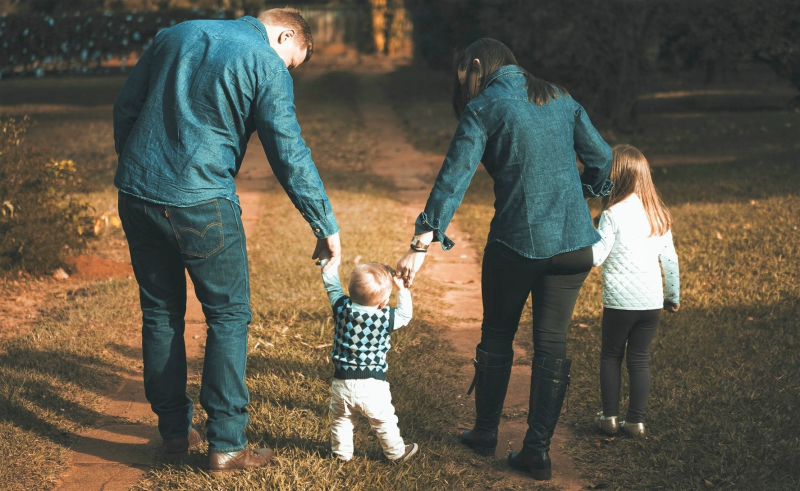 The Child Tax Credit was expanded in 2021 to help families coping with the adverse economic effects of the COVID-19.

During the height of the pandemic, the American Rescue Plan Act (ARPA) temporarily bumped up the amount available via the already popular CTC.

It went from $2,000 per qualifying child to $3,600 a year for children younger than age 6, and $3,000 per child for youngsters ages 6 to 17. The credit amounts were phased out once tax-filing families hit certain income levels.

More of the increased CTC also was refundable, meaning that if the available tax credit amount was more than the filer's tax due, the excess was sent to the taxpayer as a refund.

The enhanced CTC worked, at least on one level.

Percentages converted to real children: The real people effect, according to the Census, is that the expanded CTC lifted 2.9 million children out of poverty due.

A further breakout shows that total included 1 million children younger than age 6, and 1.9 million youngsters between the ages of 6 and 17 experienced better living conditions due to the tax credit.

The Census bar graph below provides additional demographic analysis of how the expanded CTC helped families since 2021. 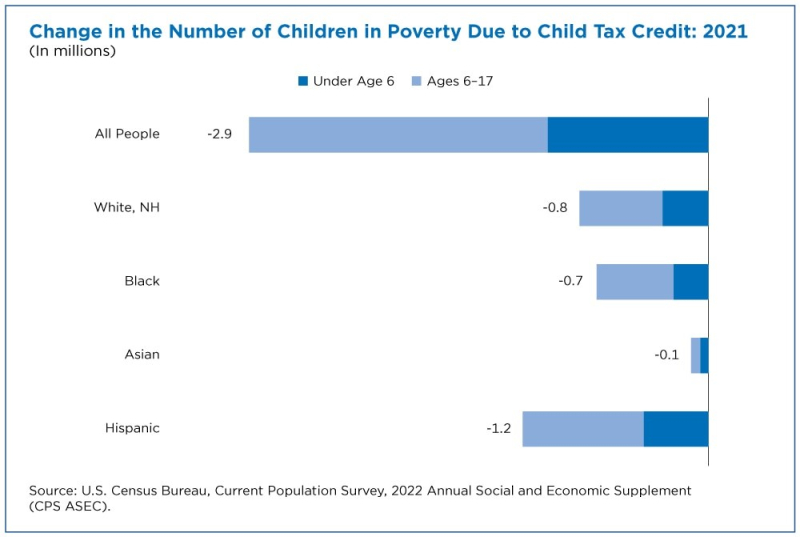 But for this weekend's By the Numbers pick, I'm sticking with the overall 46 percent drop in the childhood poverty ranks thanks to the expanded CTC.

You can get more data and details in the Census's full CTC and childhood poverty report.

Using the official poverty calculation, child poverty declined only 0.7 percentage points, from 16 percent to 15.3 percent. Still fewer children in poverty, but not as headline grabbing as the SPM's 46 percent decline.

The difference in the results is attributable to how they are figured.

The official poverty measure, which was developed in the mid-1960s and has remained mostly unchanged since then, is based on cash resources.

The SPM includes both cash and noncash benefits. It also subtracts necessary expenses, such as taxes and medical expenses. The SPM, notes the Census, was designed to improve findings as new data, methods, and further research become available.

That's because the expanded Child Tax Credit is back to the $2,000 per qualifying child level.

That's why many Democratic lawmakers and liberal leaning tax and public policy organizations are pushing for continuation of the expanded CTC.

One of those groups, the Washington, D.C.-based Institute on Taxation and Economic Policy (ITEP). "The data is clear. Congress should make the 2021 Child Tax Credit Expansion permanent," says ITEP.

The group cites a recent report in which it found that CTC earnings requirements will prevent 20.4 million children from receiving the full credit in 2023 because their families make too little money. Those restraints were reduced in the 2021 CTC expansion, notes ITEP, enabling families that needed the tax credit help the most to get it.

But, says ITEP and other CTC expansion supporters, there's still time to act before the end of 2022.

It's possible the expanded CTC could be added to a tax extenders bill expected to be part of year-end legislation. But that measure, which, as the name says, extends expiring and/or expired tax provisions, also depends on the results of the Nov. 8 elections.

There are lots of moving parts, so stay tuned.