Yellen directs IRS to use new $ for high-earner tax audits 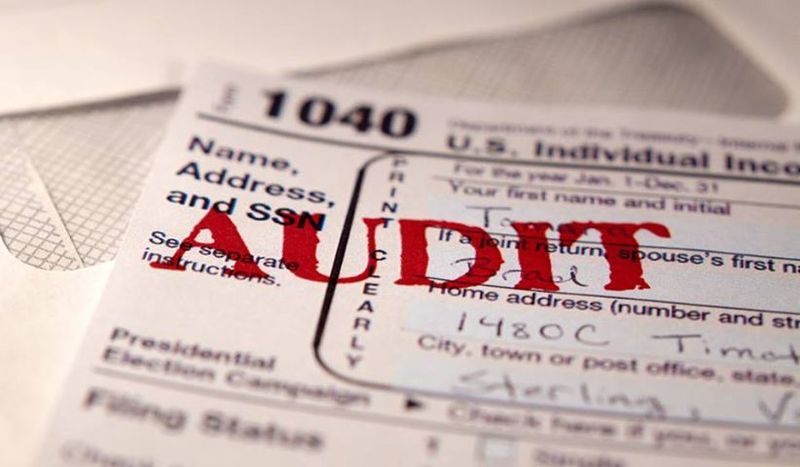 Tax legislation is much more than just changes to the Internal Revenue Code. It's also a political statement.

In an election year, which is essentially every year nowadays, it's also a political weapon.

Republicans, who currently are slightly outnumbered on Capitol Hill by Democrats, didn't waste any time latching on to the Senate's passage on Aug. 7 of the Inflation Reduction Act. Notably, they cited potential added Internal Revenue Service scrutiny of taxpayers, thanks to part of the bill.

Well aware that every federal return filer, even the most honest among us, worries about the IRS taking a closer look at our returns, the GOP is invoking audit fears to fight the bill, which is expected to face a final House vote on Friday, Aug. 12.

Republicans blast bill's IRS funds: As soon as the upper chamber cleared the Inflation Reduction Act, the concerted anti-bill rhetoric began. This includes a dozen or so GOP lawmakers who announced in press releases, television interviews, and on social media that if enacted, the bill would subject everyone regardless of how little they earned to heavy-handed IRS audits.

Democrats in Washington plan to hire an army of 87,000 IRS agents so they can audit more Americans like you.

That’s more than the entire population of Joe Biden’s hometown of Scranton, PA.

Another Tweet that also caught my Dallas-NFL-fan eye was the one from a conservative consultant who said, "The IRS is hiring enough agents to fill up Cowboys Stadium."

The GOP lawmakers' basis for such claims? Provisions in the bill, which is a slimmer version of some of President Joe Biden's original Build Back Better proposals, that provide nearly $80 billion for the IRS, most of it to enhance its enforcement efforts.

Dems say wealthy are the tax target: Not so, responded Democrats, who were able to get the bill through the evenly split upper chamber along a party-line, 51-to-50 vote, with Vice President Kamala Harris casting the tie-breaker.

"There are no new taxes on families making $400,000 or less and no new taxes on small businesses – we are closing tax loopholes and enforcing the tax code," Democratic leaders said in the bill's original summary.

In follow-up remarks and an expanded overview one-pager, they noted the money would help IRS examiners go after higher-income taxpayers who have seen their audit rates plummet in recent years.

Treasury steps up and in: And now, Treasury Secretary Janet L. Yellen has entered the fray.

In a statement emailed yesterday (Wednesday, Aug. 10) morning, Yellen pointed to a Time magazine article, published the day before, "debunking attacks" on how IRS funds in the Inflation Reduction Act — sorry, I can't bring myself to use the IRA acronym since it was taken first by the tax-favored retirement plans, traditional and Roth versions — would be spent.

"As the Commissioner of the IRS reiterated in a recent letter, audit rates on households making under $400,000 won't go up relative to recent years – in fact, they will likely see the chance of an audit decline," wrote Yellen.

"Instead, new funding will crack down on tax evaders among the wealthy and large corporations, invest in technology upgrades that help taxpayers, and hire more customer support staff to prevent backlogs," she added.

The much-needed funding, said Yellen in a statement regarding her letter to Rettig, will help the tax agency "improve taxpayer service, modernize outdated technological infrastructure, and increase equity in the tax system by enforcing the tax laws against those high-earners, large corporations, and complex partnerships who today do not pay what they owe."

Yellen also emphasized the Biden Administration's pledge to not increase audit rates on taxpayers who make less than $400,000 a year.

"Specifically, I direct that any additional resources — including any new personnel or auditors that are hired — shall not be used to increase the share of small business or households below the $400,000 threshold that are audited relative to historical levels," Yellen told Rettig in the letter. "This means that, contrary to the misinformation from opponents of this legislation, small business or households earning $400,000 per year or less will not see an increase in the chances that they are audited."

Will involvement of the United States' top financial officer get the GOP to change its criticism of the added IRS funding? Not likely.

Republicans have never been fans of Uncle Sam's tax-collecting agency. When the GOP was in control in Washington, the IRS saw its budgets slashed.

But at least Yellen is providing some top-tier support of the Inflation Reduction Act, and the IRS which is sorely in need of all the financial help it can get.