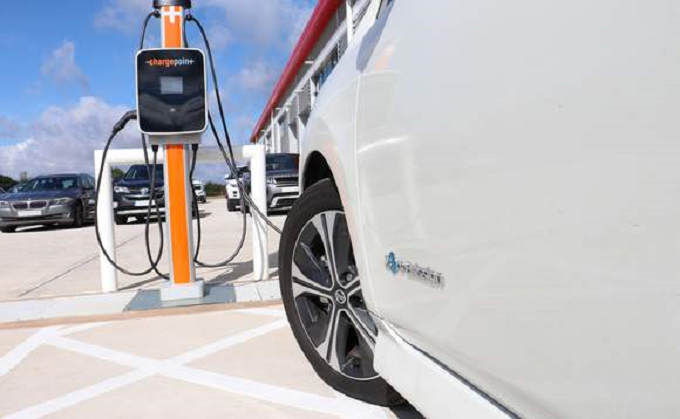 The good tax news for environmentally conscious drivers is that the electric vehicle (EV) tax credit is back.

The bad tax news for environmentally conscious drivers is that it's not all that easy to claim the reworked $7,500 EV credit.

The Treasury Department and Internal Revenue Service, however, are trying to smooth that road a bit. They've issued some initial guidance on the new EV tax credit changes.

One followed closely by the auto industry and EV aficionados was the revised tax credit for plug-in vehicles.

The condensed take on the EV tax break is that those who place in service qualified commercial clean vehicles from 2023 through 2032 get the lesser of 15 percent of the vehicle's basis (or 30 percent if fully electric), or the difference paid for the vehicle compared a gas model.

The maximum $7,500 credit amount applies to vehicles weighing less than 14,000 pounds. There's also a separate tax credit for previously-owned clean vehicles that are at least two years old. It's either up to $4,000 or 30 percent of the price of the vehicle, whichever is less.

The Inflation Reduction Act also restarted the count of 200,000 EVs sold, which was phasing out, or already eliminated, the tax break for popular autos. Those now are back in the tax credit fast lane.

The new tax credits will be in place through 2032.

Some limits do apply: Of course, we're talking taxes, so there are some limits to the new EV credit.

First, there are dollar amounts. For buyers, you can't claim the EV tax credit if, as a single taxpayer, your modified adjusted gross income is more than $150,000. The income cap for married couples who file jointly is $300,000. Head-of-household filers who make $225,000 or more won't be eligible.

There's also a limit on the price of the autos. Electric cars must have a manufacturer's retail suggested price (MSRP) of $55,000 or less. Electric vans, pickup trucks, and SUVs with a MSRP of more than $80,000 won't qualify for the credit.

Production place, parts key: The new law also includes a provision that could keep some EVs regardless of price off the tax credit list.

Vehicles are eligible for the $7,500 credit only if they are assembled in North America (expanding early language that limited it to the United States), using parts and supplies sourced domestically or from official trading partners.

That means by some counts, that most EVs on the market today wouldn't qualify, as they get their batteries from China.

You'll need to identify the manufacture location for a specific vehicle by finding its vehicle identification number (VIN) of the vehicle on the VIN Decoder website that's part of the National Highway Traffic Safety Administration (NHTSA).

More guidance expected: Are you starting to look for an EV purchase off-ramp? I totally understand. This is a classic case of what looks like a tax benefit getting bogged down by Congressional deals.

First, you'll be doing your part for the climate. Second, as long as you can follow all the new rules, you could get a decent tax break, too. Remember, this is a credit, which means it's a dollar-for-dollar reduction in any tax you owe.

To help in your decision, in addition to shopping car dealerships online or in person, also take a look at Treasury's announcement on the EV changes, as well as the IRS' updated Plug-in Electric Drive Vehicle Credit at a Glance web page, and the companion frequently asked questions document.

Some earlier EV buyers get a green light: If you didn't want to wait for Congress to maybe/maybe not enact the new EV laws, there's a bit of good transition news for you.

If you had a written binding contract to purchase a new qualifying EV before yesterday's, Aug. 16, enactment date, but didn't drive off your EV off the lot until Aug. 16 (or later), then you can merge into the new tax credit lane.

In these date straddling cases, the final assembly requirement doesn't apply, since it took effect upon the president's signing. These buyers then can claim the EV credit based on the rules that were in effect before the Inflation Reduction Act's enactment.