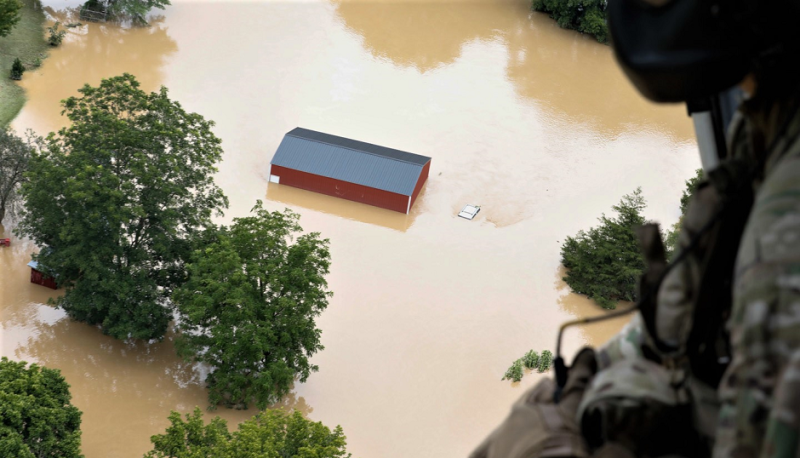 A Kentucky National Guardsman views flood damage in the southeastern part of the state on July 29 from a Blackhawk helicopter as the Bluegrass State unit flies in to provide help. (U.S. Army National Guard Photo by Sgt. Jesse Elbouab via Flickr)

Historic flooding ravaged southeastern Kentucky last week, destroying homes and killing at least 37 people. Tens of thousands who were spared the worst of the overwhelming water damage are coping with power losses.

Now some of those folks are getting from help from the federal government. President Joe Biden declared the most severely hit parts of the Bluegrass State a federal disaster, enabling Federal Emergency Management Agency (FEMA) to start providing assistance.

That means the Internal Revenue Service also is offering affected taxpayers some relief.

New Nov. 15 deadline: Individual and business taxpayers in the parts of Kentucky hit by the disastrous weather that initially began on July 26 now have until Nov. 15 to file various tax returns and make tax payments.

The affected Bluegrass State counties in the major disaster area are Breathitt, Clay, Floyd, Johnson, Knott, Leslie, Letcher, Magoffin, Martin, Owsley, Perry, Pike and Wolfe. If other counties subsequently are added by FEMA and the IRS extends relief those residents, too, you can find the additional areas at the tax agency's disaster relief webpage.

The tax filings by Kentucky taxpayers that now have a mid-November deadline include 2021 tax year returns for which affected filers got an extension. This year's Oct. 17 deadline to submit tax returns now is a month later.

However, notes the IRS, since you should have paid any tax owed with your extension request by April 18, any additional tax due with an extended return filed in November will be subject to late penalties and interest.

Quarterly estimated tax payments due Sept. 15 also now can be made as late as Nov. 15. 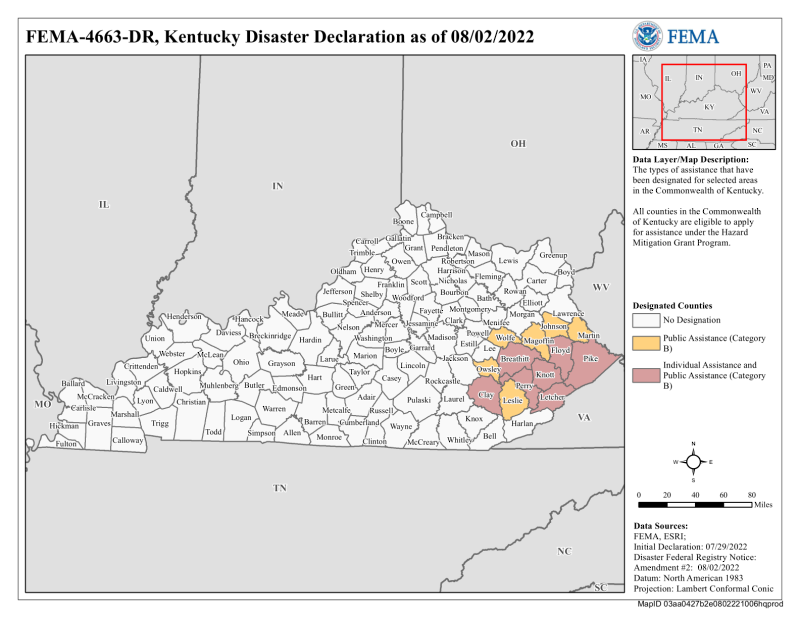 As for businesses, the Nov. 15 deadline also applies to quarterly payroll and excise tax returns normally due on Aug. 1 and Oct. 31. Businesses with an original or extended due date also have the additional time including, among others, calendar-year partnerships and S corporations whose 2021 extensions run out on Sept. 15, and calendar-year corporations whose 2021 extensions run out on Oct. 17.

The IRS also will abate penalties on payroll and excise tax deposits due on or after July 26 and before Aug. 10 as long as the deposits are made by Aug. 10.

Additional affected taxpayers: Those who don't live or have a business in the Kentucky disaster areas, but whose records necessary to meet a deadline are in the affected counties (for example, at your accountant's office), also are entitled to the same tax relief.

And if you are a Kentucky taxpayer in the disaster relief areas and get a late-filing or late-payment penalty notice from the IRS for a tax matter that falls within the new deadline and payment postponement period, call the telephone number on the notice to have the IRS abate the penalty.

You also get the option to decide between two tax years to make the claims, either the year the disaster occurred or the prior year. Kentucky disaster area taxpayers can claim any of this year's eligible losses on their 2022 tax returns due in 2023, or on their 2021 returns.

Affected filer who got an extension and want to claim the recent flood losses on their 2021 taxes can do so when they file that extended Form 1040 by Nov. 15. Taxpayers who have already filed 2021 taxes can file an amended return using Form 1040-X to claim the losses for that prior year.

In all major disaster cases, you need to run the numbers to make sure that your choice of tax year provides you with the most advantageous tax result. If you need copies of past tax information to help you decide which year to claim the losses, the IRS will waive the usual fees and requests for copies of previously filed tax returns for affected taxpayers. Just be sure to put the assigned disaster designation "Kentucky Severe Storms, Flooding, Landslides, and Mudslides" in bold letters at the top of your Form 4506, Request for Copy of Tax Return, or Form 4506-T, Request for Transcript of Tax Return, that you submit it to the IRS.