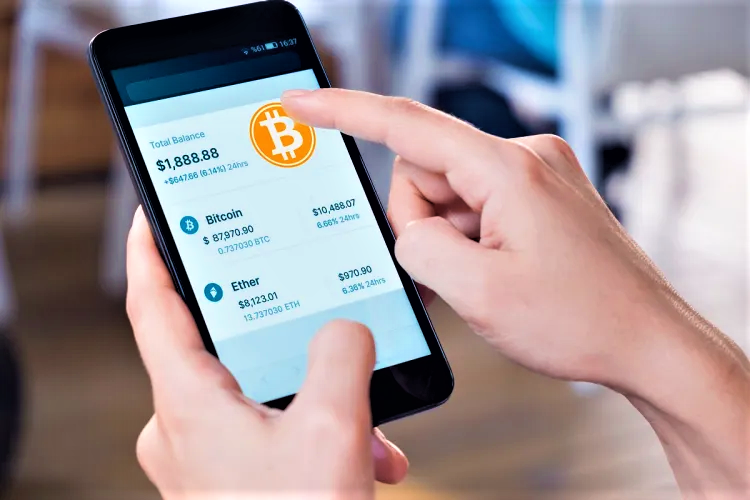 Some on Capitol Hill want to make it easier for you to use your Bitcoin and other cryptocurrencies to make small, every day purchases.

The 2022 election year legislative calendar might be working against them, but Congressional fans of cryptocurrency still are looking at ways to make it more appealing to mass consumers.

"The Virtual Currency Tax Fairness Act will allow Americans to use cryptocurrencies more easily as an everyday method of payment by exempting from taxes small personal transactions like buying a cup of coffee," said Toomey in the statement announcing the bill.

Asset, not money: Current tax law considers crypto as an asset, not currency. Every time a digital asset is used, it's a taxable event.

Using Toomey's example, purchasing that cup of coffee with Bitcoin or similar digital asset means the caffeine lover must figure the capital gain (or loss) on the amount of virtual currency spent, and where it's a gain, tax is owed on the amount, even it's fractional.

The Senate bill has House companion that was introduced back in February. In addition to sharing the same name, it's also bipartisan. The House Virtual Currency Tax Fairness Act is sponsored by Reps. Suzan DelBene (D-Washington) WA-01) and David Schweikert (R-Arizona).

Despite some growing interest in tweaking how cryptocurrency is treated for tax purposes, neither bill is likely to pass this 117th Congressional session, which will end on January 3, 2023.

Both the House and Senate are about to head out for August recess, and most member will be focusing on campaigning as we head toward the Nov. 8 midterm elections.

Those distractions likely will delay moving crypto toward currency treatment.

No need to change tax treatment: Waiting to act on crypto changes is a good thing, at least in one tax expert's opinion.

"Cryptocurrency is primarily an investment, not money," writes Howard Gleckman, senior fellow in the Urban-Brookings Tax Policy Center at the Urban Institute. "It should be taxed that way."

Gleckman elaborates on why in his Aug. 1 post at TaxVox blog, where he also serves as editor. His post also cites crypto's volatility, and cites the impending Securities and Exchange Commission involvement. That's why it earns this weekend's Saturday Shout Out.

I'll let you read Gleckman's arguments at your leisure, as per the reason for my weekend shout outs. But his bottom line is that the proposed "immediate tax break would be meaningful only to those power users who do most of their shopping with crypto. And to the industry itself."

Crypto promoters want to have their virtual cake and eat it too, adds Gleckman. "They peddle crypto both as an investment and as money," he says, "and they want that dual-purpose reflected in government regulation."