How to properly fly the U.S. flag 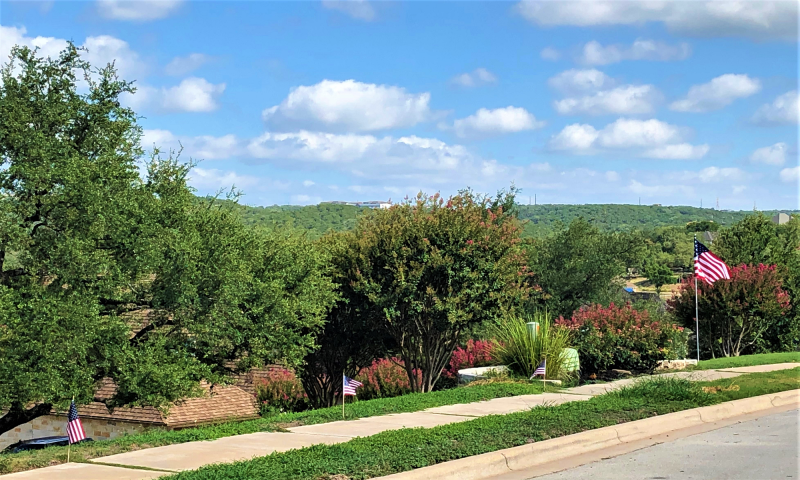 Millions of Americans are displaying the U.S. flag today.

Some, like my neighbors shown in the photo atop this post, planted poles for Old Glory and replicas in their yards, at the beginning of the long Independence Day holiday.

Others fly the Stars and Stripes every day.

If you're inclined to fly the U.S. flag any time, the following infographic has some tips from Uncle Sam himself — OK, USA.gov — and the Flag Code, officially Title 4, Chapter 1 of the U.S. Code.

More flag tips and tidbits: Want to impress friends and family at today's July 4th events? Then here is a bit more about our flag.

The Star-Spangled Banner's 13 alternating red and white stripes represent the 13 original colonies. Its 50 white stars on a blue field represent the 50 states.

The colors of the flag have special meanings. Red represents valor and bravery, white is for purity and innocence, and blue recognizes vigilance, perseverance, and justice.

Since the founding of the United States in 1776, there have been 27 different versions of the flag featuring the stars and stripes. Each new flag represented the addition of one or more states as they joined the United States.

President Harold Taft issued an executive order on June 24, 1912, establishing the look of today's flag. Before Taft's move, neither the order of the stars nor the proportions of the flag was prescribed.

Consequently, says The Smithsonian Institution, flags dating before this period sometimes show "unusual arrangements of the stars and odd proportions, these features being left to the discretion of the flag maker."

More like guidelines: The Flag Code is purely advisory. If you don't want to slog through the official legalese linked earlier in this post, the U.S. Department of Veterans Affairs compiled the flag display and treatment guidance in this one-page document.

The final advice in that flag treatment advisory is, "When the flag is worn out or otherwise no longer a fitting emblem for display, it should be destroyed in a dignified way, preferably by burning." That fiery recommendation is notable because a 1989 U.S. Supreme Court decision deemed flag burning constitutes symbolic speech that is protected by the First Amendment.

That case, Texas v. Johnson, also explains why companies today can legally use images of the flag to advertise their products. You can see some of those displays in The Smithsonian's Flag Day item Three Cheers for the Red, White, and Blue.

Get your own Capitol flag: If you don't have a U.S. flag, you can find them at retail stores across the county, especially before major holidays. Some states also waive sales tax collection on purchases of a U.S. flag, and in some cases state flags are tax-free, too.

You also can order a U.S. flag that has flown over the U.S. Capitol by contacting your Representative or one of your Senators.

This program is administered by the Architect of the Capitol (AOC), which uses special flag poles where all requested flags are flown. After a flag is flown over the Capitol, the AOC provides a keepsake Certificate of Authenticity to accompany the banner.