Texas is a great place for companies, but not their workers 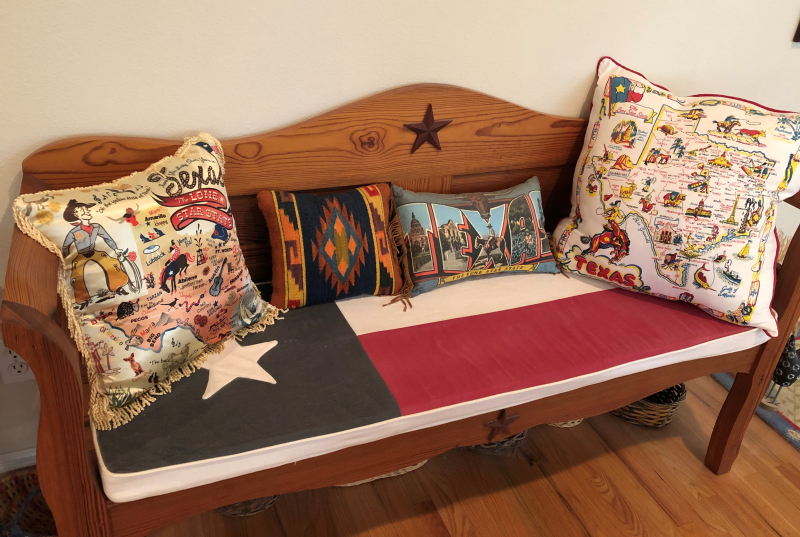 The state of Texas, which I celebrate personally in my house with many Lone Star-themed furnishings, shows a lot of love for businesses, but not so much for its residents, according to a recent CNBC analysis. (Photo by Kay Bell)

The Lone Star State has a storied literary tradition, but it's a 19th century English writer's description that apparently now applies to Texas.

It's the best of times for Texas businesses, but the worst of times for the state's residents, according to a Charles Dickens' echoing report by CNBC.

The cable business news network scored all 50 states on 88 metrics in 10 broad categories of competitiveness to come up with its 2022 ranking of America's Top States for Business.

But my native state is not that good for those of us who live and work at the favored businesses. CNBC also deemed Texas the second worst place to live. Only Arizona came in ahead of us in this unwanted ranking.

Helping Texas make the business top five were good grades, a la pubic school report cards, from CNBC in five categories. It got A+ for workforce and technology and innovation; A for cost of doing business and access to capital; and A- for economy.

However, despite the positive alphabetic ratings, Texas slipped numerically in all areas except for access to capital when compared to 2021. That's why it dropped from #4 last year to #5 in 2022.

Welcoming, but not in all business areas: Even with top grades in several areas important to companies, Texas got a D in business friendliness. Not so good for a state whose name comes from the Spanish spelling Tejas of the Caddo word taysha, which means friend or ally.

The poor rating here is understandable. CNBC added new metrics in the 2022 rankings that examined on how friendly states are toward emerging industries, such as cryptocurrency and cannabis.

But Texas' conservative Republican lawmakers who control the legislature and state house view marijuana-connected businesses more skeptically. Cannabis possession still is illegal in Texas, even though the public generally supports legalizing it.

Texas living isn't that easy or good: Another reason Texas convinces so many companies to move here is the corporate tax breaks the state and local governments provide.

Taxes, or more precisely the lack of an individual income tax, also is always mentioned when people talk about wanting to move to Texas. But trust me, the various tax collectors will find ways to get a chunk of your money. Long-time readers know that I annually complain about the real estate taxes here (here's this year's post).

Individual taxes weren't detailed in the CNBC report, but even if you have income-tax-free earnings, you'll need more money since the cost-of-living factor this year only earned a B+.

Instead of personal taxes, CNBC explored the states' quality of life features. These are areas that are particularly important, according to the news outlet, in this time of severe worker shortages, sparked in part by the COVID-19 pandemic-prompted Great Resignation, and unprecedented employee mobility.

Half of business executives surveyed agree it is important to do business in states with inclusive laws, according to the study. So CNBC annual business study also considered various measures the quality of life, health, and inclusion in each state.

While workers are still flocking to Texas, thanks in large part to the companies coming here for the pro-business atmosphere, CNBC found that many are not thrilled with what they find once they relocate.

And that led to Texas being named the second worst state to live.

State support of residents is minimal: I'm a native Texan. Most of us have an innate love of this crazy state, despite occasional ambivalence about some of what is going on here.

We're also proud, especially those of us from West Texas, of the get the job done individualism that is a hallmark of our home.

But in modern times, there are some things that a government can and should do for its citizens. The CNBC study found that Texas, while always outsized in personality and braggadocio, comes up very small compared to much of the rest of the country in this public service area.

Compared to other states, CNBC says Texas offers limited childcare options, has a stressed health care system with the highest rate of uninsured, has imposed new curbs on voting rights, and provides few protections against discrimination. On the report card scale, the state got an F in the life, health, and inclusion category, and had no metrics in the top 50 percent.

And as far as getting to work from your house, Texas also ranked poorly on infrastructure. The B- grade is not a surprise to anyone who lives in one of the state's major urban areas. Heck, I think it's a case of grade inflation for the Austin area! 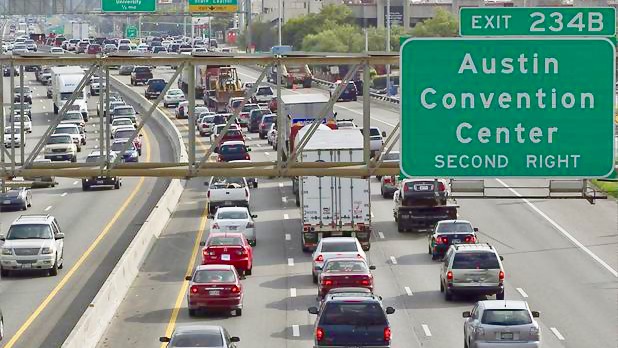 Apparently the only thing that kept Texas from taking the top "you don't want to live here" spot from Arizona was weather.

The Grand Canyon State's proverbial dry heat leads to some of the worst air quality in the nation, according to the American Lung Association. Maricopa County, home to Phoenix, endures 39 high ozone days per year, notes CNBC.

But given that back here in Texas this final Monday of July 2022 is expected to be the hottest day this week across much of the state — 104° is the local afternoon high forecast for Austin — and nearly 85 percent of Texas is in a severe to exceptional drought with no relief in sight, the Lone Star State conceivably could take the hot and dry title, too.