Some states looking to end sales tax on baby diapers 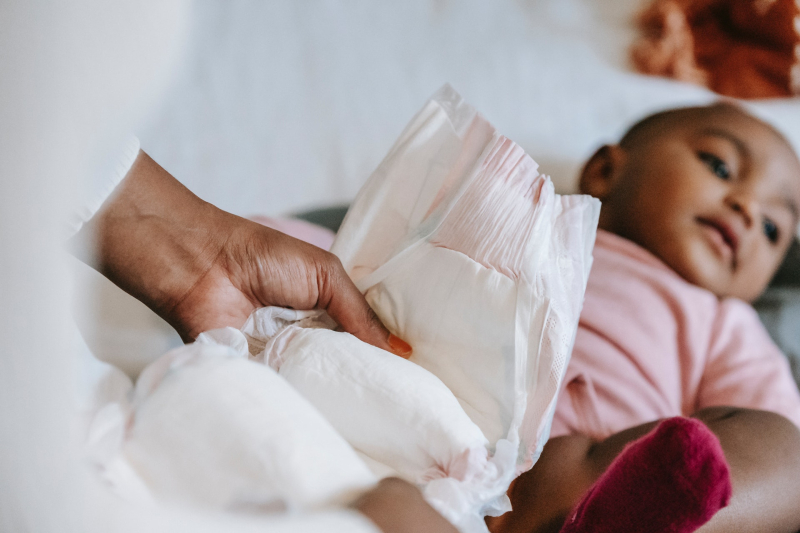 Being a parent is a challenge, even with the best of children. It's also expensive, especially for parents of infants. And the costs have increased thanks to the recent inflation spike.

"Most parents are the poorest they'll ever be in their kid's life on the day their kid is born," Kathryn Edwards, an economist with the RAND Corporation, recently told  Boston's NPR news station WBUR. "That's what makes something like the cost of diapers hit really hard, is that you're hitting people who in 10 years probably have absolutely no problem affording diapers. It’s just really hard to afford it when they have their kid."

The taxes range from 1.5 percent in Virginia to 7 percent in Indiana, Mississippi, and Tennessee. Cities and counties also can tack on their local levies in many states. 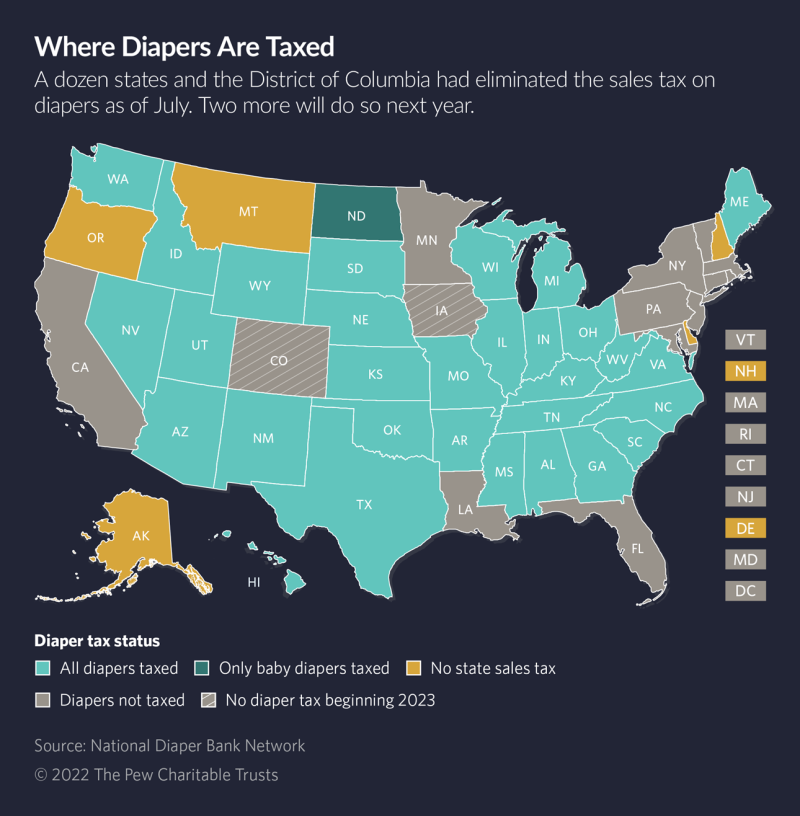 Those pennies can add up.

NDBN says children require at least 50 diaper changes per week, or 200 diaper changes per month. By reducing the sales tax, argues the family advocacy group, parents can buy 2 additional diapers for every percentage point reduction in the sales tax for the same money they would have used to buy 200 diapers with tax. (Full disclosure, which is made on NDBN's website, the group was founded 11 years ago with financial support from Huggies.)

Disposing of diaper taxes: Colorado and Iowa have both agreed since May to get rid of the state tax on all diapers, beginning in 2023. Maryland's laws took effect in July.

New York's Democratic Gov. Kathy Hochul signed a bill into law on July 19 to eliminate all local diaper sales taxes. The Empire State already did away with diaper sales tax at the governmental level.

Florida is taking a less-than-permanent approach. One of the Sunshine State's multiple state sales tax holidays is a year-long (through June 30, 2023) sales tax exemption for children's diapers.

Michigan and Ohio still have active diaper tax bills working their ways through those legislatures.

Stateline staff writer Elaine S. Povich examines these potential end of diaper taxes and more  in a her recent story, As Prices Rise, the Push to End Diaper Taxes Grows.

Dollars could spell diaper tax doom: The savings from ending diaper sales taxes obviously will help families in the states (and cities) where lawmakers are acting.

But dollars also are a reason that the move to end diaper taxes is stalled in some places.

Some legislators are concerned that ending sales tax on diapers would lead to a rush of other no-tax efforts. If that happens, then states could lose significant revenue.

Povich cites the slowed no-diaper-tax effort in Michigan. One Democratic state representative said that while eliminating the diaper tax would "help families a little bit," passing too many sales tax exemptions could lower the Great Lakes State's overall revenue too much.

Laurie Pohutsky, the Michigan lawmaker having second thoughts about ending the state's diaper tax, told Stateline it would be better to "invest in programs that are going to make most people's lives better," such as broadly based tax cuts. "Different people need to spend different percentages of their income on different things," she said.

UPDATE, July 24, 2022: Catch some delightful babies in the video related to this post at my tumblr blog Tumbling Taxes.