Massachusetts taxpayers to get 2 payback amounts this year 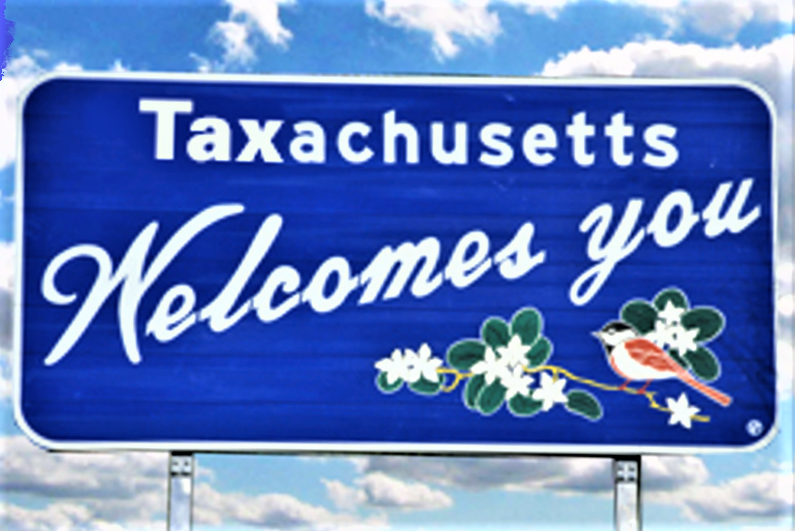 Massachusetts residents are well aware of their state's Taxachusetts nickname. But some excessive Bay State revenue soon could be coming back to them.

The state's department of revenue last fiscal year collected much more than expected. In April alone, which is when the state's federally-aligned Tax Day arrives, it received $2+ billion more than it had anticipated.

All that unexpected money means a rarely used law in place since 1986 will kick in, sending back some of the excess tax money to residents.

Taxpayer repayments on the way: "We think the number's probably north of $2.5 billion that would be in tax rebates to the people of Massachusetts," said Republican Gov. Charlie Baker at a public signing yesterday, July 27, of the state's budget.

Baker attributed the excess revenue not only to effective tax collections, but also the Massachusetts' economy.

The law that allows for the taxpayer paybacks has only been used once before, a year after it was enacted. Massachusetts residents got a small piece of the state's then $29 million excess collections.

The 1987 payments were issued as a tax credit. And they were indeed small, minuscule in fact, coming to only 14 cents per taxpayers.

Although Baker referred to the upcoming payment amounts as rebates, it's not certain yet how this current revenue excess will be delivered. The mechanism will be determined later this year.

So will just how much money Massachusetts will be able to return its residents. The June tax collections, as well as the state's final fiscal 2021 haul, have not been tallied. That amount will determine just how much per person will be parceled out later this year.

Another one-time rebate also on the way: The surprise, excess collections payments will be in addition to recently agreed upon, one-time inflation rebates.

Earlier this month, Massachusetts' House Speaker Ronald Mariano and Senate President Karen E. Spilka, both Democrats, announced the creation of the Taxpayer Energy and Economic Relief Fund, from which the money will come.

We are proud to announce that the Massachusetts Legislature will act to establish the Taxpayer Energy and Economic Relief Fund, through which economic relief rebates of $250 for individuals and $500 for families in the Commonwealth will be issued. pic.twitter.com/5FyPStcUhQ

Qualifying individual state tax filers will get a $250 rebate. Married couples filing jointly will get $500.

The one-time rebates are expected to be issued to eligible Massachusetts residents before Sept. 30.