IRS approves some fake charities. What's a donor to do now? 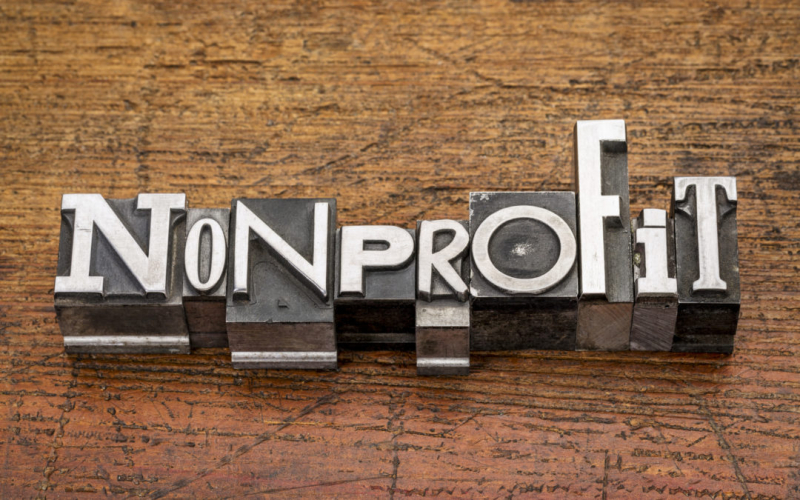 One of these things is different from the rest:

The first six items above are all official announcements from the Internal Revenue Service. It's been warning us about bogus charities for years, as the parenthetical dates show.

The last item about 76 fake charities is, of course, the one that doesn't belong in the list. It's a New York Times story published over the weekend about one man who managed to get IRS OKs for nearly 80 alleged charity scams.

My immediate thought was … well, not publishable here. But my next one was how do prospective donors, especially those who plan to deduct their presumed charitable gifts on their tax returns, now verify nonprofits?

I'll get to that in a bit. First, here's a brief look at this one man's success in setting up what New York law enforcement says was a series of charity scams.

Old techniques overlooked by IRS: The Kings County District Attorney in Brooklyn indicted 63-year-old Ian Hosang in May on charges of grand larceny, identity theft and conducting a scheme to defraud. The Brooklyn district attorney alleges Hosang stole about $152,000 in donations that flowed through 23 of his nonprofits. He has pleaded not guilty.

Worse from the IRS perspective is that Hosang's alleged scam efforts were not sophisticated in the least. He obviously didn't feel like he had to try very hard — or try at all! — to slip the bogus philanthropic groups past the IRS, which is supposed to be the guardian of official nonprofits that qualify donors to claim tax breaks.

Many of his groups had a name similar to a legitimate charity, in this case the American Cancer Society, which actually alerted the IRS. Taking a bit of truth and then perverting it for nefarious purposes is straight out of the charity scam playbook, so you'd think the IRS would have at least looked at this slew of groups with almost the same name.

A brighter red flag, as the newspaper headline notes, was that they all listed the same post office box on Staten Island, New York, even though they ostensibly were in other states. OK, some groups are established for legal (and tax) reasons in states other than where they operate, but 76? C'mon, tax man!

Streamlining nonprofit applications…: A relatively recent IRS move to streamline its nonprofit 501(c)(3) approval process is, some in the tax and nonprofit worlds say, a major reason why the alleged con man was able to get away with his repetitive charity schemes.

In 2014, when the IRS was dealing with the fall-out from charges it targeted conservative groups seeking nonprofit tax status, the agency created Form 1023-EZ, an excerpt of which is shown below. It was designed for use by charities with an annual income of $50,000 or less and assets up to $250,000. 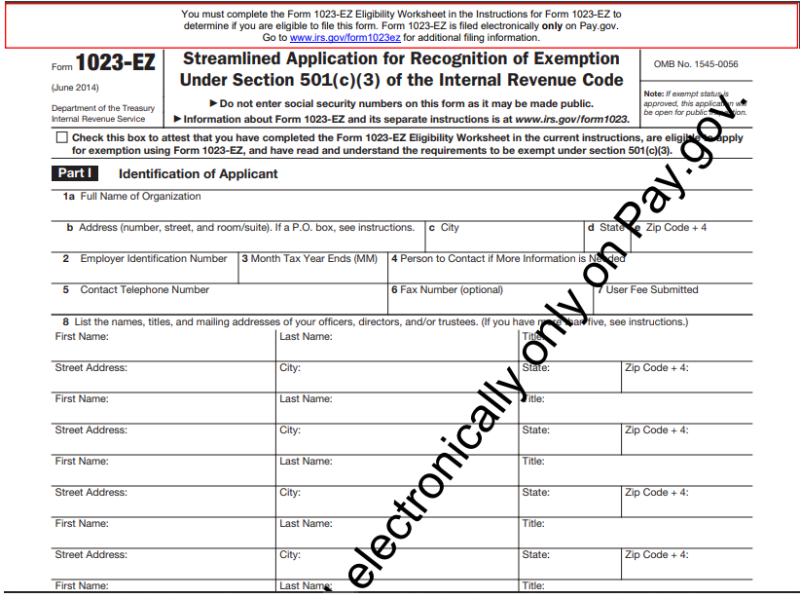 These smaller groups were allowed to file the 2½-page EZ application, rather than the 28-page long Form 1023, an excerpt of which is shown below. Both forms must be e-filed. 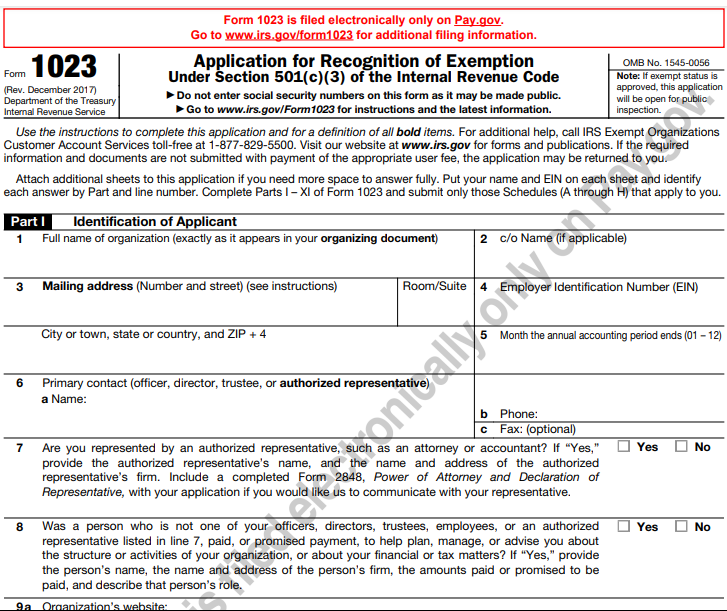 In announcing the shorter nonprofit application, then-IRS Commissioner John Koskinen hailed the 1023-EZ as "a common-sense approach that will help reduce lengthy processing delays for small tax-exempt groups and ultimately larger organizations as well. … Previously, all of these groups went through the same lengthy application process – regardless of size; it didn't matter if you were a small soccer or gardening club or a major research organization. This process created needlessly long delays for groups, which didn't help the groups, the taxpaying public or the IRS."

Six years later, the IRS cited internal data showing "the 1023-EZ improved application processing time for both the Form 1023 and 1023-EZ while maintaining similar approval and rejection rates between the two forms."

The IRS has a dedicated webpage where you can see what groups got IRS nonprofit approval via Form 1023-EZ from the form's inception in 2014 through 2021.

…while streamlining charity-related crime, too? That ease and speed of approvals is why the IRS is defending the form. However, tax professionals who spoke with Tax Notes after the nearly 80 fake charities story broke blamed the streamlined application.

The tax pros said (per a July 6 cite in Eide Bailly's tax blog by Joe Kirstin, since Tax Notes access requires a subscription) the Form 1023-EZ makes it too easy to set up fraudulent charities.

The form and process no doubt will be debated, not just in the tax community, but also again by the House and Senate tax writing committees, as well as TIGTA. In the meantime, what's a donor to do?

Other ways to verify charities' legitimacy: I confess, in the almost 18 years that I've been blogging, I've regularly told Don't Mess With Taxes readers to always check the IRS' approved charities online search tool to ensure that the group to which they want to give is on the up-and-up.

The validity of a nonprofit is key. For the IRS to accept those itemized claims on Schedule A (and perhaps again directly on Form 1040 if Congress extends last year's tax break), the money must go to a group with the IRS' imprimatur. Without it, the IRS can disallow donations, meaning bigger tax bills for the presumably philanthropic filers.

My bad. Right now, that check with the IRS advice is not necessarily the best.

The IRS isn't helping its case either. A check today (July 6, 2022) of the agency's official Tax Exempt Organization Search tool reveals that it isn't up to date.

In case you're on a small mobile device, it says in that highlighted box, "Expect delays in data updates for the Tax Exempt Organization Search tool. We are still processing paper-filed 990 series received 2021 and later."

Let's hope the IRS also is reviewing the groups cited in the Kings County DA's indictment strict Attorney in Brooklyn alleges were bogus and fraudulently took more than $150,000 from charity scam victims.

There is Charity Navigator, as well as Candid, which is the combined effort of GuideStar and Foundation Center. There's also the Better Business Bureau's Wise Giving Alliance and Charity Watch. All of these charity oversight groups are themselves nonprofits.

Also do your own investigating. An easy way is to ask, and get answers, to some basic questions. You can do so by calling the group or checking its website.

Quick tip here: if they have neither a phone nor a website listed, or the phone and/or online presence aren't working, that's your first indication that the group might not be one you want to support.

When you do get hold of someone or click on the site, find out the following:

Yeah, it will take some time, but it could save you dollars that you want going to legitimate charitable groups.

And it will keep your tax deduction in place.