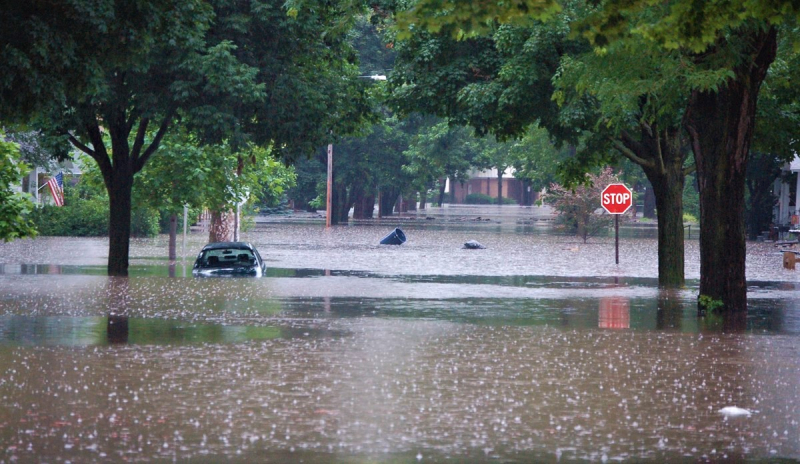 St. Louis, Missouri, area residents are just starting to recover from this week's record setting rainfall and deadly flash flooding. Southeastern Kentucky now, July 28, is being inundated, with at least three dead and from floods that reached in some places to homes' rooftops.

Parts of both states are likely to be declared a major disaster areas by Federal Emergency Management Agency (FEMA).

When those proclamations are issued, flood victims will be eligible to receive some federal help in their recovery efforts. The Internal Revenue Service also will likely provide tax relief for affected individuals and businesses.

But FEMA has a different perspective on another type of flooding. It wants to end its flood insurance for the nation's riskiest properties.

Federal flood insurance history: The National Flood Insurance Program, or NFIP, was established in 1968 and is administered by FEMA. It was created as an insurance alternative to disaster assistance to help individual owners and renters, as well as businesses, cover the costs of repairing flood damage.

Around 20,600 communities across the country currently participate in the NFIP by adopting and enforcing floodplain management ordinances to reduce future flood damage. Coverage is delivered via a network of more than 50 insurance companies and NFIP Direct.

Policy premiums vary according to an area's level of risk. Flood Insurance Rate Maps (FIRMs) determine whether a property is located in a high-risk or a moderate- to low-risk area. You can check them out at FEMA's Flood Map Service Center.

In lower-risk areas, coverage can be as little as $119 per year. The premiums are lower than market rates because Uncle Sam essentially subsidizes property owners' risks.

Changes sought for 'excessive loss' areas: Now, with a renewal deadline approaching, as well as increasing flooding threats as we head into the heart of the annual Atlantic hurricane season, FEMA is proposing an end to coverage of high-risk properties as a way to help get the NFIP on more solid financial ground.

NFIP has accumulated about $20.5 billion in debt because it has had to borrow money from the U.S. Treasury 11 out of the last 22 years to make up for shortfalls, according to a story about the coverage change proposal in Route Fifty, the state and local government component of GovExec.com.

David Maurstad, FEMA’s deputy associate administrator for federal insurance and mitigation, in June told members of the House Committee on Banking, Housing, and Urban Affairs that FEMA now has to pay about $400 million a year in interest. The agency estimates it will have to pay another $4.2 billion in interest over the next 10 years.

FEMA wants Congress to allow it to no longer insure what would be called "excessive loss properties," which are ones where the program has had to pay flooding damages exceeding $10,000 four times. Property owners, though, could still be insured if steps are taken to reduce the risk of flood damages at their properties.

FEMA also proposes that NFIP no longer insure new construction in areas at the highest risk of flooding. The alternative, according to agency, would be flood policies offered by private insurance companies.

No Capitol Hill flood consensus: Route Fifty notes that FEMA's proposals, especially those that would end any current NFIP coverage, has received a mixed reception from Congress.

New Jersey Democratic Sen. Robert Menendez said eliminating federal flood insurance coverage "will lead to more people being uninsured and unprotected against more frequent storms." Menendez, who is sponsoring a separate bipartisan proposal to reauthorize the flood insurance program, also noted that, "For every dollar the federal government spends on mitigation on the front end, it saves $6 on the back end."

The House banking committee's top Republican, Sen. Pat Toomey of Pennsylvania, called the proposed NFIP change good policy worthy of serious consideration. "We should not provide flood insurance subsidies that encourage people to live in flood-prone areas," said Toomey. "That might seem like common sense, but it's what we do now. It's unfair and senseless to force taxpayers to continuously bail out properties in these risky areas."