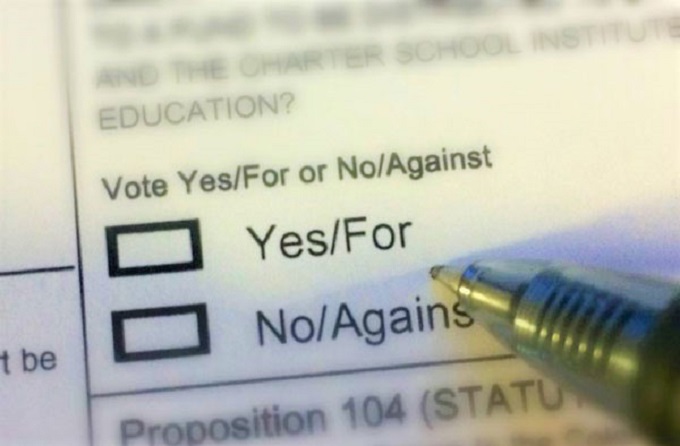 It's not that the anti-tax group has changed its collective mind. It's still firmly against the tax.

Rather, it has decided to rely on the courts to continue to rule that the levy is unconstitutional.

Income tax issues: Washington, which is one of the nine states without an income tax, enacted a capital gains tax in 2021.

That, said opponents, is an income tax, which is against the state's constitution.

It took the matter to Evergreen State voters in a nonbinding ballot initiative last November. They decided overwhelmingly, by 63 percent to 37 percent, to urge repeal of the capital gains tax.

But that ballot measure was just advisory, meaning Washington lawmakers didn't have to follow the vote, and they didn't.

Those against the state's 7 percent capital gains tax were undeterred. They took their arguments to court.

State officials argued that the new levy on the sale or transfer of property was an excise, not income, tax. They also maintained that the tax "applies only upon the voluntary sale of a long-term asset."

Sometimes, though, such gains are uninitiated by the then-owing taxpayer and are unavoidable, counted the opponents. In those cases, it met the definition of a property tax, which argued opponents, is "subject to the uniformity and limitation requirements…of the Washington State Constitution."

The court agreed, concluding that the capital gains tax was unconstitutional since its 7 percent rate exceeds the maximum annual property tax rate of 1 percent. It also did not apply to every Washington state resident uniformly, ruled Judge Brian Huber.

You know what came next. Attorney General Bob Ferguson appealed the ruling. The final say is expected to come from the state Supreme Court.

Letting the legal system work: The superior court's ruling wasn't a total vindication of the group's general no-tax position, but it's one they'll take it.

But they also wanted to hedge their no-capital-gains-tax bet by getting the voters to say no once again, this time in a formal repeal, not just advisory, initiative.

It had looked like that vote on what was officially designated Initiative 1929 would happen. But last week, initiative supporters decided to stop their campaign.

Now, however, instead of collecting the requisite signatures to get I-1929 on the fall's ballot, the group will wait to see how things play out in the courts.

"While our polling shows that voters overwhelmingly support repealing the capital gains income tax, our coalition has confidence in the strength of the court case, and we believe that the lower court decision will be upheld on appeal," Mark Funk, spokesman for Repeal the Capital Gains Income Tax group behind I-1929, told the (Everett) Daily Herald. "Therefore, we believe the best coalition strategy in 2022 is to place our confidence in the courts to overturn this illegal tax."

If the no-tax group wins, it's likely Washington lawmakers will take another run at finding another way to get more money from residents.

The money raised by the capital gains tax, a projected $415 million in 2023, was to go toward early learning and child care programs, as well as school construction. While finding ways to pay for such projects is not easy, the end goals tend to be popular.