South Florida has been getting soaked from the first tropical system of the 2022. But it's nameless.

As soon as Agatha, the first Pacific hurricane of the year, developed, then struck Mexico, and continued northeast across that country, U.S. residents wondered whether its remnants would reform as the first named Atlantic hurricane of 2022.

That didn't happen. But hurricane watchers now say they expect the weather mass to organize and pass near Bermuda as Tropical Storm Alex on Monday, June 6.

So why wasn't the system christened Alex, 2022's first Atlantic hurricane name, as it approached and swamped the Sunshine State?

An explanation comes from the first of this weekend's Saturday Shout Out pieces, a Weather Channel video (that's a screen shot below) that asks and answers the Alex moniker situation. 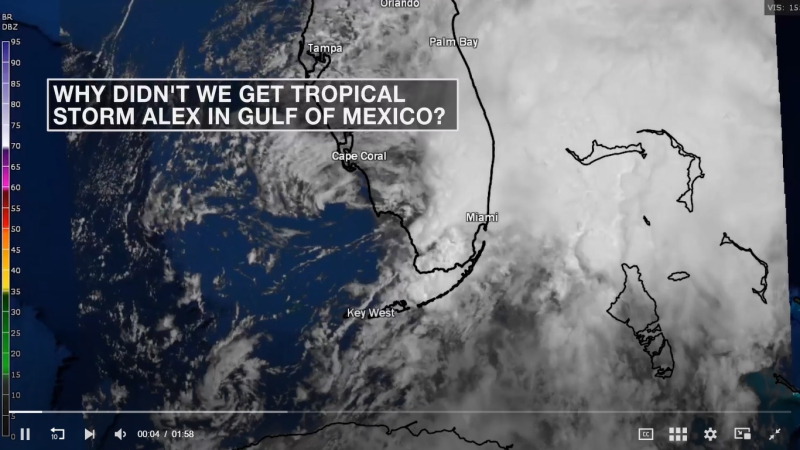 Spoiler: Weather Channel meteorologist Ari Sarsalari says the system just never really got its act together, despite all the rain it dumped on Florida.

Saturday Shout Out 1-A goes to the Weather Channel's piece on the flooding caused by not-Alex and what the system's future holds.

The video and article also are good reminders that relatively weak tropical storms or even officially unnamed systems can be dangerous. Most damage and even deaths associated with tropical disasters are due to flooding produced by the systems.

Time to prepare: With that in mind, the next Saturday Shout Out this weekend goes to — shameless plug alert — my post from last week on Agatha's formation that included hurricane preparation tips. Of course, tax considerations are a part of any disaster preparation and recovery after the storm has passed.

Don't put off prep, especially since we've just had this not-so-dry run with pre-Alex. The Atlantic hurricane season officially started on June 1, and the National Oceanic and Atmospheric Administration's Climate Prediction Center, a division of the National Weather Service, is predicting that the season's next six months will bring us above-average hurricane activity.

Finally, a third Saturday Shout Out goes to Ready.gov's comprehensive online look at preparing for hurricanes. Among the especially useful sections are those on evacuations zones if you're in a potentials direct-hit area, and how to create a family emergency plan.

If you're reading from Florida, I'm glad you still have power! Stay safe until this so-far-nameless system is totally clear. Then prepare for this year's other tropical storms I suspect will come your way.

And if you're in another, drier coastal area, get ready, too. You could be next when Bonnie, Colin, or 2022's other 18 named storms or their unnamed tropical siblings form.

One of my clients was very sorry that he bought a small yacht club in Florida.
He makes L30 sailboats together with businessmen from the Baltic states. And they are very afraid that they will get big kills.