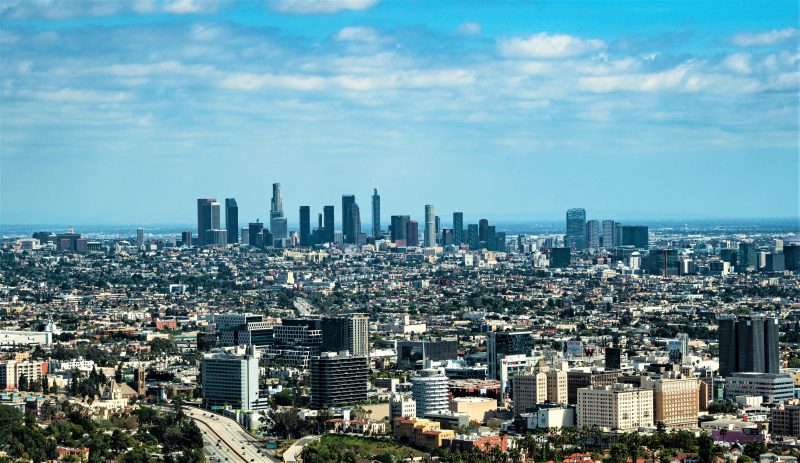 There's been a boom this year in the price of houses. Now some Californians are hoping that the money sellers are making also can help the homeless.

Los Angeles voters will decide in November on a higher tax rate on sales of high-value homes. The proposed 4 percent tax on the sale of homes valued $5 to $10 million and 5.5 percent on homes valued at more than $10 million would go toward affordable housing and homelessness prevention efforts.

In addition to applying to residential sales, commercial property sellers would face the tax, too, if it is approved later this year by Los Angelenos. Affordable housing groups would be exempt.

Supporters of the proposal in May delivered more than 98,000 signatures to the city clerk, who verified the required 61,000 to move the proposal forward. The L.A. City Council took the next step at meeting earlier this month, unanimously agreeing to send the ballot measure, known as House L.A., to the voters.

Millions for homeless help: Homeless advocates project the new tax rates could raise around $800 million a year, according to L.A. real estate newspaper The Real Deal.

Most of the funds would be used to create an estimated 26,000 affordable housing units over the next decade. The remainder would go toward programs to help low-income tenants facing imminent eviction or displacement.

Proponents of the House L.A. ballot question say the new taxes would affect just 3 percent of residential and commercial real estate sales, or about 1,000 sales a year.

Opposing sides already lined up: Joining the area's homeless services in supporting the measure are local transit alliances and unions.

Real estate, business, and housing industries are staunchly opposed. One of the arguments is that the homeless tax could hurt the city's small businesses, with larger property owners potentially passing the extra tax cost on to business tenants.

California also has a long history of real estate related anti-tax sentiment. The Golden State popularized state tax initiatives back in 1978 with passage of the famous, or infamous depending on your political and tax policy stance, property tax limiting Proposition 13.

Jon Coupal of the Howard Jarvis Taxpayers Association told the Los Angeles Daily News that he's expecting a "well-funded campaign" to oppose the measure. California has some of the highest taxes in the country, he said, "so there’s no need for this tax."