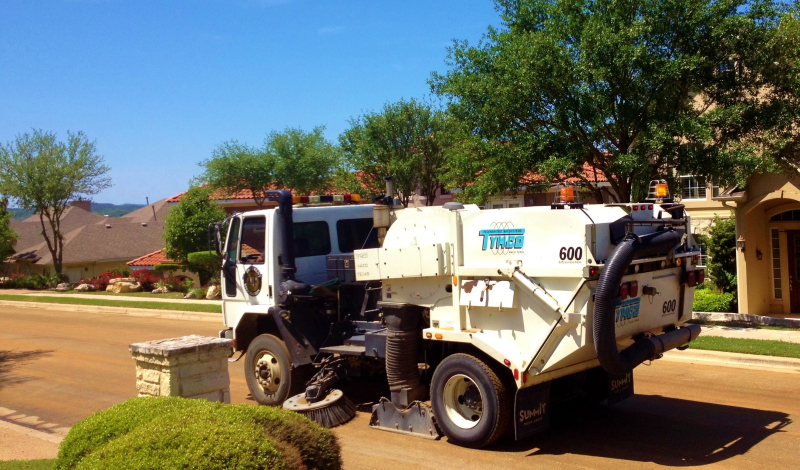 A group of Kentucky homeowners switched to a different, higher-rate tax district so their increased taxes would pay for things like street cleaning. A transcription error meant they got it and other services for free for eight years. (Photo by Kay Bell)

Property tax bills are a major expense for homeowners. They also can be confusing.

Here in Texas, most property tax money goes to the homeowners' local school districts. But there's usually more. Our real estate bill, for example, has collections for our independent school district, as well as five other taxing jurisdictions.

That's why every tax bill recipient needs to double check every tax-related statement every year, from federal documents to more local tax notices. In addition to noting whether the dollar amount seems out of whack, you also need to be clear about where that money is going.

That same doublechecking also applies to the taxing entities issuing the bills.

Just like the taxpayers receiving the dunning notices, taxing jurisdictions could suffer serious financial costs if the statements are wrong.

It lost around $200,000 in tax revenue over eight years when the paperwork transfer of 53 homes on one street to a new, higher-tax-rate jurisdiction wasn't properly recorded.

That transcription oversight meant that those homeowners got free trash pick-up and other city services for nearly eight years.

In addition to giving the undertaxed homeowners a budget boost for years, the $200,000 in uncollected revenue also earns this weekend's By the Numbers honor.

No payback for overlooked taxpayers: The taxing district error began in 2013. That's when the group of homeowners should have been getting a bigger tax bill to account for their switch to another, more expensive district.

The residents had requested the move, knowing they would pay more. They also knew the added costs meant they then would get, in addition to garbage collection, added services, such as street cleaning and street lights.

The good news for those homeowners is that they won't have to make up the years of unpaid taxes.

Instead, they will begin paying the higher rate in January 2023.

But the mistake apparently was brought to tax officials' attention. Repeatedly. By a resident who lives on the street opposite the one where the undertaxed homes are located.

Tom McNally, told the Lexington Herald-Leader that he noticed the tax district error in 2019. He alerted the city to the error then, and multiple times over several years.

McNally also told the newspaper that he doesn't blame his neighbors for receiving free services for so long, but is thankful the city has finally fixed the situation.

All I can say is that McNally is a much more gracious neighbor than I would be under similar circumstances!