If you missed Tax Day, file and pay by June 14 to avoid larger penalties 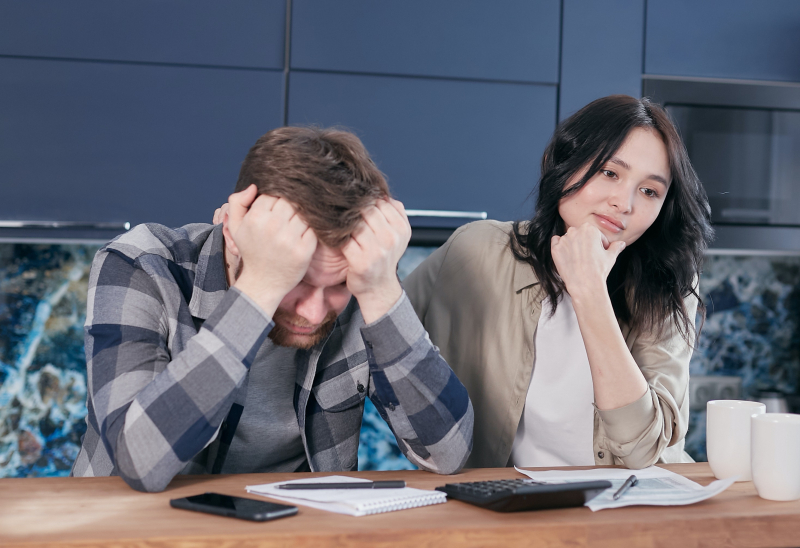 Was this you on Tax Day, struggling with your return? If you just decided to chuck it and you owe, you need to file by June 14 or face an added tax penalty. (Photo by Mikhail Nilov)

Did you totally miss Tax Day?

If so, and you owe the Internal Revenue Service a now overdue payment, the agency says it's not too late.

In fact, if you pay up soon, specifically by next Tuesday, June 14, you'll avoid a larger noncompliance charge.

The late-filing penalty is 5 percent of the unpaid tax for each month or part of a month that an annual tax return is late. If the taxpayer tardiness drags on, this failure to file penalty can amount to an eventual maximum of 25 percent of unpaid tax.

There's also a failure to pay penalty that calculated separately when you don't pay a tax bill by the due date. When that's in connection with your annual return filing, the deadline again is the annual Tax Day. The late-payment penalty is 0.5 percent unpaid taxes for each month or part of a month the tax remains unpaid. It also maxes out at 25 percent of your unpaid taxes.

If you miss both the filing of your forms and paying what you owe, both filing and payment failure penalties are applied. But in these cases, the IRS reduces your late filing penalty by the amount of your late payment penalty assessed that month.

Interest also is added. The current rate is 4 percent per year, compounded daily. Adjustments are made quarterly, based on the federal short-term rate. Since the Federal Reserve Board bumped up rates, the IRS interest rate charge will increase to 5 percent on July 1.

How the June 14 penalty works: In addition to the regular late filing and payment penalties, there's another assessment when a tax return is more than 60 days late.

In these cases, the minimum penalty is either $435 or 100 percent of the unpaid tax, whichever is less.

So the taxpayer's penalty will equal the tax due if $435 or less is owed. If more than $435 is overdue, then the minimum penalty will be at least $435.

Paying will stop or reduce the charges: In all cases where a taxpayer owes and has not filed, getting the forms and money to the IRS will stop the added penalty charges.

First, finish that return you neglected back on April 18. As noted, failing to file a return carries a stiffer penalty than failing to pay any tax you owe.

Then pay your tax bill. If you can't pay it all, pay as much as you can.

You also might want to look into ways to pay your tax bill over time. The IRS offers a couple of extended pay options.

You also might qualify for a short-term payment plan of up to 180 days. This payment arrangement is available to taxpayers whose balance is less than $100,000. Once established, you pay directly from a checking or savings account, through the Electronic Federal Tax Payment System (EFTPS), by using a debit or credit card, or by sending the IRS a check or money order made payable to U.S. Treasury.

There's not set-up fee for the 180-day short term payment plan. Other payment plans, however, do charge, with the amounts based on your payment method, as shown in the table below.

The instructions for Form 9465, Installment Agreement Request, has details on the various fees and relief for certain taxpayers.