Plus, a look at when Uncle Sam gets to tax some of the federal retirement payouts he distributes. 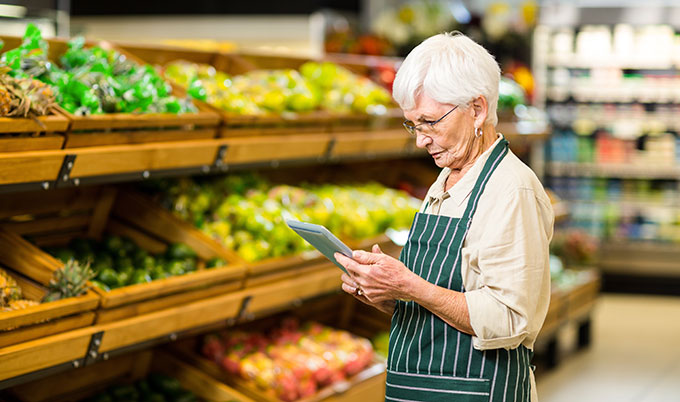 The U.S. economy might be slowing down a bit, but people still are finding jobs.

May's unemployment figures, released by the Bureau of Labor Statistics on June 3, showed a slight increase in jobs. That kept last month's unemployment rate at 3.6 percent, just above the lowest level since December 1969.

Work data for last month also showed that the jobless rate, the federal government's employment count that includes those not looking for work and those holding part-time positions for economic reasons, inched up one-tenth of a percentage point to 7.1 percent.

Older workers tend to be part of that group taking part-time jobs for economic reasons.

Senior citizens are on fixed incomes, mainly Social Security benefits and any pre-retirement savings they accumulated. Some have found that recent inflation driven price hikes mean they need the added income to keep buying the products they previously found more affordable.

While a few more bucks from a job definitely help, the earnings also could pose a couple of other retirement benefits and tax problems.

Working's cost to benefits: There's no law against working while receiving Social Security. However, there is a limit on how much you can earn and still receive full benefits.

Retirees who've reached their full retirement age, which varies based on your birth year, generally don't have to worry about income from a job affecting their Social Security benefits.

But Social Security recipients who opt to collect their benefits before reaching full retirement age could see their monthly payouts reduced.

If you are younger than full retirement age and earn more than the yearly earnings limit, your benefits payment could be cut $1 for every $2 you earn above the annual limit.

Social Security recipients who are working in the year they reach their full retirement age or later get more leeway. In these older employee cases, the SSA will deduct $1 in benefits for every $3 earned above a different limit.

In counting earnings toward that limit, the SSA only looks at the money you make up to the month before you reach your full retirement age, not your earnings for the entire year.

Proposed increase in earnings limit: There's some potential good news for some Social Security beneficiaries facing potential benefits cuts based on their earnings.

The earnings limit that prompts cuts in benefits for Social Security recipients who've reached full retirement age would not change under Posey's bill.

The legislation is pending in the House Ways and Means Committee. Chances for a free-standing tax bill passing, especially in an election year, are not that great.

However, with older Americans representing a reliable voting bloc, and the current historic inflation rate, the measure could move on its own or later as part of a larger tax will.

When your total income as a single individual is less than $25,000 or doesn't come to more than $32,000 for a married couple filing jointly, then your Social Security benefits are not taxed.

However, when your total earnings exceed the earnings limit for your filing status, then the Internal Revenue Service wants a portion. Exactly how much is based, again, on income.

As much as 85 percent of your Social Security benefits could be taxed if your individual income is more than $34,000 or you and your spouse get more than $44,000.

The IRS' online has an Interactive Tax Assistant you can use to get an idea of how much of your Social Security benefits are taxable.

No indexing means low tax thresholds: If you're thinking those income thresholds are way too low, you are not alone.

That's because the tax and the income amounts were created back in 1983 as amendments to the Social Security Act under the Ronald Reagan Administration. The tax change was prompted by a report that funding for the retirement benefits was running dangerously low.

When the law took effect in 1984, about 10 percent of Social Security beneficiaries owed this new tax. The percentage of affected taxpayers, however, has gone up, thanks to one feature of the Social Security income thresholds.

Lawmakers decided 39 years ago not to index the income thresholds that prompt Social Security taxation. This intentional tax policy move means that as inflation has gone up over the decades, so has the number of Social Security recipients paying some tax on their benefits.

That's not good for affected Social Security recipients, but it keeps a stream of today's retirement payouts contributing to future retiree benefits.