10 states have their own child tax credits

If you live in one of them, the state tax break is a nice add-on to the federal Child Tax Credit, which this year reverted to its lower, pre-COVID amounts. 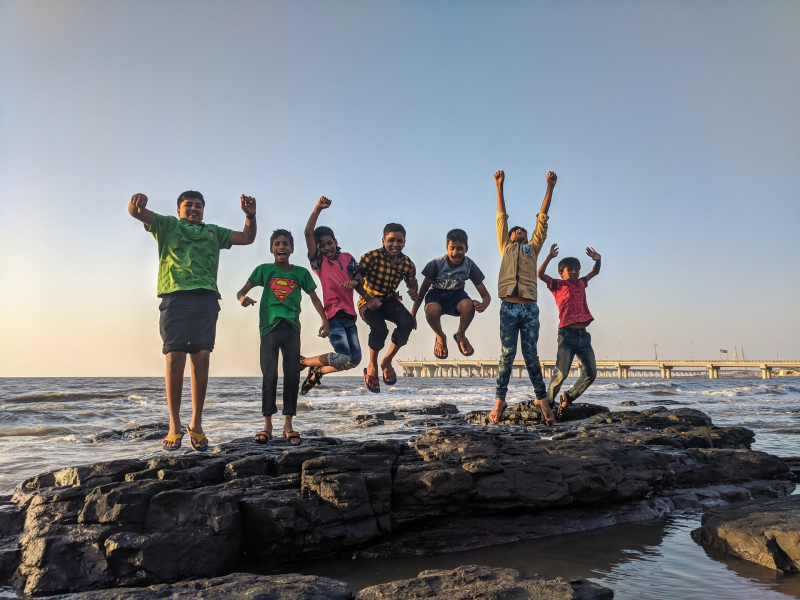 Child tax credits, at the federal level and in 10 states, can have the parents of these youngsters jumping for joy, too. (Photo by Guduru Ajay bhargav)

During the height of the pandemic, the already popular CTC of $2,000 per qualifying child was increased. The American Rescue Plan Act (ARPA) bumped it up to $3,600 a year for children younger than age 6, and $3,000 per child for youngsters ages 6 to 17.

The credit, which is a dollar-for-dollar reduction of any federal tax owed, also was refundable. That meant that eligible families could get the enhanced CTC even if they didn't owe taxes.

The expanded CTC also had another bonus. Half the full credit amount was sent as monthly payments to qualifying families July through December 2021.

Bigger CTC gone, for now: But when last year ended, so did the coronavirus-expanded CTC.

Unless Congress acts to renew it for this tax year (and beyond), it will remain at the $2,000 per eligible child level to which it reverted on Jan. 1.

There is some hope the CTC again will be enhanced, at least for another temporary time frame starting with the 2022 tax year. But nothing on Capitol Hill is certain.

Until then, families will just have to make do with the old tax credit amount, which they'll claim on their 2022 tax returns next year.

State child tax credits available for some: Some families in 10 states, however, also might qualify for similar state-level relief.

Lawmakers in the jurisdictions listed below have enacted their own child tax credits.

As with the federal CTC, there are limits based on the families' income and the ages of the children. But since each state tends to handle taxes differently, there also are some specific variations.

Massachusetts taxpayers, for example, saw two existing deductions converted to tax credits. In Maryland, the credit is available only to children with disabilities.

More info for families: The state links in the above list will take you to websites with more on each state's child tax credits.

And, of course, you always can check directly with your state's tax and/or revenue department.