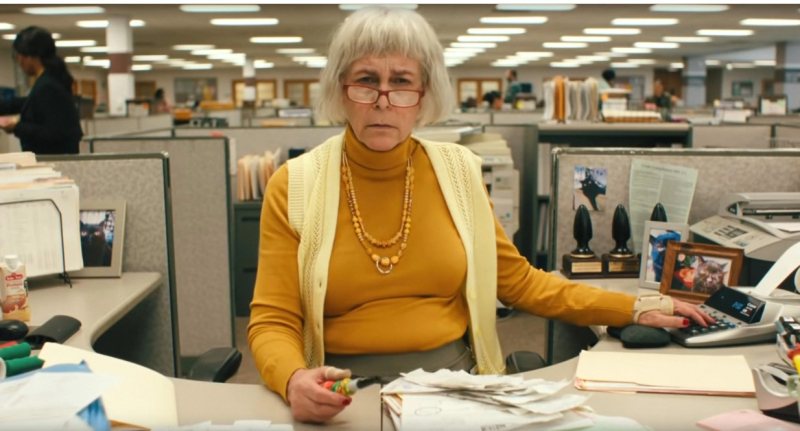 Jamie Lee Curtis plays an IRS examiner in the new indie hit Everything Everywhere All at Once from A24 Films. She even gets a fight scene in the movie. Check it out at the May item in my tumblr blog Tumbling Taxes.

Tax Day 2022 has come and gone, and most of us, for better or worse, are done with taxes for another year.

But if you want a little more tax in your life — fictional, not real — then you always can take in a movie.

Yep, taxes show up in movies a lot. Sometimes our revenue obligations, usually to Uncle Sam, are a minor, throw-away reference. Other times, Internal Revenue Service interactions are a major plot point.

This year there is a new, much lauded, and lucrative addition to the tax-themed movie genre, Everything Everywhere All at Once.

Everything and taxes, too: The movie, which premiered at Austin's finally back-in-person, COVID-be-damned SXSW Film Festival in March, stars Michelle Yeoh as Evelyn Wang, an exhausted business owner who just can't seem to finish her taxes.

That leaves Yeoh/Wang battling not crouching tigers or hidden dragons, but also an IRS auditor, played by Jamie Lee Curtis.

It's a combination sci-fi, family drama, action adventure, and comedy that, according to Sisi Jiang's review for The Verge, "is a smorgasbord that shouldn't work, but it does. That's because the movie has a consistent villain throughout the entire plot: the black circle on the center of the Wangs' tax returns. These diligent immigrants can overcome any adversary, but their taxes are a white whale that can never be surmounted."

That review, "Everything Everywhere All at Once is an immigrant horror story about tax season," gets one of this weekend's dual Saturday Shout Outs.

The other Shout Out goes to the IndieWire.com piece by Samantha Bergeson on how Curtis wanted her IRS character to be transparent, always a good tax goal.

In this case, however, the actress was talking about how she shunned prosthetics for a "real" portrayal of an IRS inspector. Curtis said she "just wanted to be truthful to this woman" of a certain age who was her film alter ego.

What to watch now: I haven't seen Everything Everywhere All at Once yet. It's still just in movie theaters, and to be honest, I haven't gone to one of those in years, well before the coronavirus pandemic arrived. Annoying audience members and way too loud sound systems have spoiled cinema venues for me.

So I'm making do with the official Everything Everywhere All at Once trailer below while I waiting for the film on demand or streaming. And I definitely will watch it when it come to my in-home small screen.

In the meantime, if you're anti-theater like me, we still can watch some other movies in which taxes play a part and which already are available for home viewing. Here are some of my favorite tax-tinged flicks.

Stranger Than Fiction (2006) — Will Ferrell plays IRS auditor Harold Crick, who suddenly finds his mundane Chicago life to be the subject of narration only he can hear. The words are those of writer Karen Eiffel, played by Emma Thompson. As her work begins to affect Crick's life, and potential death, he must find her. The movie's premise gives a whole new meaning to the phrase that the only certain things in life are death and taxes.

The Untouchables (1987) — This Oscar winner is the well-known tale of how federal agents, the key one being a tax accountant, bring down the infamous gangster Al Capone during the height of his control over Chicago during Prohibition. By now we all know, partly because of my many Capone posts and my inclusion of this movie in an earlier movies' money lessons article, that Scarface didn't go to Alcatraz for his alleged involvement violent acts, but on tax evasion charges because he didn't pay income tax on his ill-gotten bootlegging gains.

The Shawshank Redemption (1994) — Andy Dufresne is sentenced to life in prison for the murder of his wife. We all know he's innocent, and we're pulling for him as he — spoiler alert — ultimately makes his escape. My favorite scene is, of course, where Andy, played by Tim Robbins, uses his pre-prison banker and tax knowledge to help a guard who's dealing with some inheritance tax trouble. He ends ups running a tax prep operation in the prison for that and other penal institutions' personnel, which helps him survive until he's free again.

You Can't Take It With You (1938) — Taxes aren't central to the plot of this classic comedy, but they are in this film, as in life, inescapable. Texas Tech University law professor Bryan Camp notes that "the family patriarch is a goofy old guy who brags he has never paid his income tax and then, in the final act, the IRS man shows up." 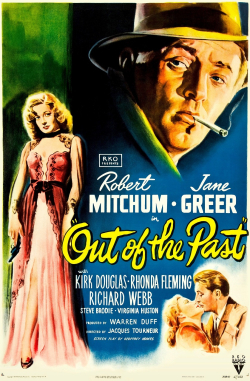 Out of the Past (1947) — I love film noir. I love it even more when there's a tax angle. In this film, Robert Mitchum plays Jeff Bailey, a former private investigator trying to live a stress-free life.

But this being a fatalistic noir tale, Baily is forced into working for a powerful gambling kingpin, Whit Stirling played by Kirk Douglas, with whom he had unfinished business. Among Stirling's troubles is a blackmail attempt involving tax evasion.

Out of the Past was selected in 1991 by the Library of Congress' National Film Preservation Board for addition to the National Film Registry of culturally, historically, or aesthetically significant films.

I'm not saying the tax plot line influenced the decision. But I'm also not saying it didn't play a part in the movie's selection.