The 16-year tax fight between a former pizza franchise mogul and the state of Kansas is over.

At least that's the amount that Bicknell, who at one time owned the most Pizza Huts in the world, says he's due from the Kansas Department of Revenue (KDOR) after it erroneously taxed him as a Kansas resident when he lived in Florida.

Kansas vs. Florida tax residence status: Bicknell's legal tax residency was at the heart of the multimillion-dollar tax matter.

The KDOR said Bicknell was a Kansas resident. Bicknell, however, argued that his main home since 2003 was in Florida, even though he also had another residence in Pittsburg, Kansas. He filed nonresident income tax returns with Kansas on his earnings within the state.

Things got complicated in 2007 when Kansas tax officials began looking into Bicknell's 2005 and 2006 tax year returns. The tax collector's increased interest was prompted by Bicknell's sale of NPC International, the holding company under which he owned his 800 pizza franchises.

The KDOR determined that Bicknell owed the state $40 million for both tax years. Bicknell paid $29 million, although he disputed the tax office's decision and amount.

A prolonged move to the Sunshine State: Bicknell took the matter to court, arguing that in 2006 when he sold the pizza businesses, he was a Florida resident, and therefore didn't owe Kansas a tax dime.

If Bicknell indeed was a resident of Kansas the year of the sale, the Kansas Supreme Court noted "he would owe millions of dollars in state income tax on the proceeds from the sale." But if not, "his tax burden as a nonresident would be relatively marginal."

During the course of the extended legal proceedings, Bicknell testified that he first decided to become a legal resident of Florida in 1999. Based on the advice of his accountants, he proceeded to obtain a Florida residence, register a vehicle and get a driver's license there, as well as register to vote in his new state. He did not, however, follow through on his accountants' final piece of residency status change, open a Sunshine State bank account.

And he did in 1999 file a Kansas income tax return, but as a nonresident.

Bicknell's total move to Florida, however, was stalled in 2000, according to court documents. He returned to Kansas late that year to deal with unresolved business issues that could not be managed from Florida.

To that end, in December 2000, Bicknell obtained a Kansas driver's license and registered to vote in Kansas. He also continued to claim residency in Kansas for several years. 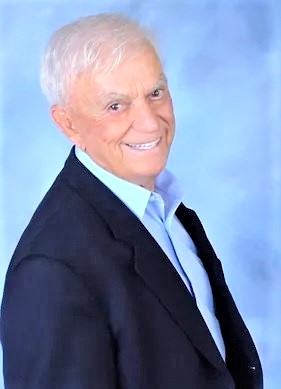 Final legal relocation to Florida: Then in January 2003, Bicknell said in court that he finally decided to retire and return to Florida full-time.

He came to that decision because he recently turned 70, and reaching that milestone birthday prompted him to reflect on how he wanted to spend the rest of his life. His wife's health and medical treatment she sought in Florida also were major factors in the move to the Sunshine State.

Various business and tax transactions ensured in the subsequent years, as did an eventual trial on the tax matter.

The district court ruled for the Bicknells, concluding they were legally domiciled in Florida during the tax assessment period.

Ensuing appeals and remands followed, with the case finally making its way to the Kansas Supreme Court. The legal specifics are spelled in the state high court's 75-page ruling released on May 20. Have at it, legal eagles.

But the upshot is that it decided in Bicknell's favor. In its conclusion, the Kansas Supreme Court said:

"We also hold that the district court recognized and held Gene to his burden to prove he was a Florida resident during the assessment period. The majority of the Court of Appeals panel relied on excerpts from the Order to reach the contrary conclusion. But when viewed in context, these excerpts merely acknowledged that KDOR failed to persuasively rebut Gene's 'clear evidence' that he was domiciled in Florida during the assessment period. The district court's analysis is not properly characterized as burden shifting."

Kansas tax officials are reviewing the order and have not yet decided on further action.

Bicknell knows what he wants the KDOR to do. He wants it to reimburse him the $29 million tax bill that he grudgingly paid, along with interest. That comes, according to his calculations, to a total of $63 million.

That's a hefty sum, enough so for me to recognize a second By the Numbers figure this week. The first was the number 5 on Friday, May 20, representing the 5 states awarded $639 million to help fund small business support programs.