With Agatha already arrived, it's time to get ready for the rest of 2022's hurricanes Hello tropical storm season 2022, which once again is starting early.

The Pacific hurricane season officially began on May 15. Generally, though, the first named Pacific storm doesn't show up until early to mid-June.

She formed into a tropical storm early May 28, intensified into a hurricane, and made landfall at Puerto Angel in the Mexican state of Oaxaca on Memorial Day Monday afternoon. The strong Category 2 hurricane, with maximum sustained winds of 105 miles per hour, made history as the strongest hurricane ever recorded to come ashore in May during the eastern Pacific hurricane season.

After moving east-northeast across Mexico, she may re-emerge in the Gulf of Mexico as the first named storm of the Atlantic hurricane season, set to formally start tomorrow, June 1.

Both the Pacific and Atlantic hurricane seasons run through Nov. 30.

Pacific, Atlantic merge? If Agatha holds together enough to show a well-defined circulation, reformation in the Gulf would mean she would keep her birth name.

But if she falls apart and remnants lead to a new storm in a hot area of the western Caribbean near central Cuba, as some storm models predict, she would officially be a new storm and get the new Atlantic season name (and gender) of Alex.

All these possibilities are just the latest in what has become in recent years wild tropical storm seasons. Hotter oceans due to climate change, coupled with recurring weather patterns like La Niña and El Niño can really suppress or escalate things when it comes to hurricanes.

Last year, the Atlantic hurricane season started early for the seventh straight year. That's not going to happen in 2022, but with Agatha/Alex, it could be a relatively normal start to the season.

Regardless of Mother Nature's timing, the best we mere mortals here on land can do is prepare.

Preparing for natural disasters: Warning to long-time readers of the ol' blog, this is old news to you. But it's also always worth repeating.

First, a couple of notes.

While we're awaiting the Atlantic hurricane season, as we well know from the tornadoes earlier this year, disasters strike anywhere and anytime of the year. The preparation for and recovery from all types of natural catastrophes essentially is the same.

Second, there are basically three areas — so I guess that makes these second, third and fourth preface notes — that need pre-disaster attention. They are physical preparation, financial readiness, and dealing with tax implications afterwards.

Let's get to them.

Physical prep and precautions: The first step is to get ready for the physical inconveniences that are likely after any natural disaster.

Regardless of what type of nature threat is common for your area, you'll likely be without the usual modern conveniences of electricity, water and accessibility to provisions if the storm does a lot of widespread damage.

So stock up your pantry and overall disaster kit now.

Each family or individual obviously will customize this collection to meet specific needs, such as medications and other items anyone needs for daily life. But there are some basics that will help get you through a disastrous time:

Also, pack some clean clothes. When you can't use your washer and you're sweating through days without air-conditioning, you'll be glad you have a change of apparel.

Don't forget about shoes. Flip flops are great for the beach and lazy summer days around the house, but not for wading through debris-filled ponds and puddles left by 'canes' flooding rain. Make sure you have, on hand or on your feet, solid sneakers or other closed toe footwear.

Be sure that in addition to your general first aid kit, you have enough of your prescription medications to get you through at least a couple of weeks. If there are widespread and prolonged power outages, your pharmacy may not be able to refill your medicine as quickly as you need it.

Most of these items should go into easily accessible waterproof bins or containers.

Finally, fill up your car's tank well before any storm warnings are issued. The hubby and I lived in South Florida for several years and went through several tropical systems, including two hurricanes that made landfall in our area within three weeks of each other in 2004 (why'd you think we came back to a noncoastal part of Texas?!), and we saw plenty of long lines as gas stations as storms neared.

Financial kit components: You also need to make financial preparations, too. This includes gathering in a stormproof container the following:

If you prefer, make copies of this material for your disaster kit/go bag and store the originals in a safe place, such as safe deposit box (preferably in an area not in a storm's path; this generally is easier to do when planning for an incoming hurricane) or by sending them to a trusted friend or relative outside your danger/storm zone.

You also can put the copies on a thumb drive, CD or use cloud storage.

Remember, though, that electrical issues could limit your access, especially immediately after the storm. So have a paper copy of your insurance policy and contact information handy so you can reach out for that help as soon as it's safe to do so.

And if you own a business, you need to make sure it is secured, physically and financially, for any approaching storm, too. You'll find some advice in this regard in my separate post noting 6 hurricane prep tips for businesses.

Post-storm recovery and tax help: Once a dangerous natural disaster has cleared your area, it's clean up time. Uncle Sam can help, even when it comes to taxes. When damage is caused by what is ultimately deemed a major disaster by the president, you could qualify for tax relief.

In most instances, this relief is obtained by claiming personal or businesses disaster losses on your tax return. Since we're talking taxes, there are lots of issues. You can get an idea of what to expect as an individual taxpayer in my post discussing considerations in making a major disaster tax claim.

One factor when it comes to tax benefits is the timing of your disaster loss claim. You have the option to claim allowable damages on your personal federal tax return for the year in which the losses actually occurred.

Or you might be better off by filing an amended tax return for the prior tax year. If you opt for the 1040-X amended route, this is where you'll need those previous tax documents noted in the financial prep section.

As we learned from our Florida storm experiences, when you're dealing the emotional and physical effects of a natural disaster, taxes are not top of mind. But when you get a handle on your situation, you do need to look into how the tax code might be able to help.

Also keep an eye on your disaster at the Federal Emergency Management Agency (FEMA) website, as well as related Internal Revenue Service announcements, found on at IRS.gov's Around the Nation page with its state-by-state listings of tax-related disaster assistance, Once the president and FEMA announce that it's a major disaster, the IRS typically makes other accommodations for taxpayers, such as postponing any impending tax deadlines.

More online storm help: In addition to the IRS, many other federal government resources can help you deal with a natural disaster.

You also can find more (much, much more) on disasters in the ol' blog's special Storm Warnings pages. This multi-page collection of posts created over the years offers advice on preparing for (that's where a link to this post will be), recovering from and helping those who face the many ways that that weather goes wild. 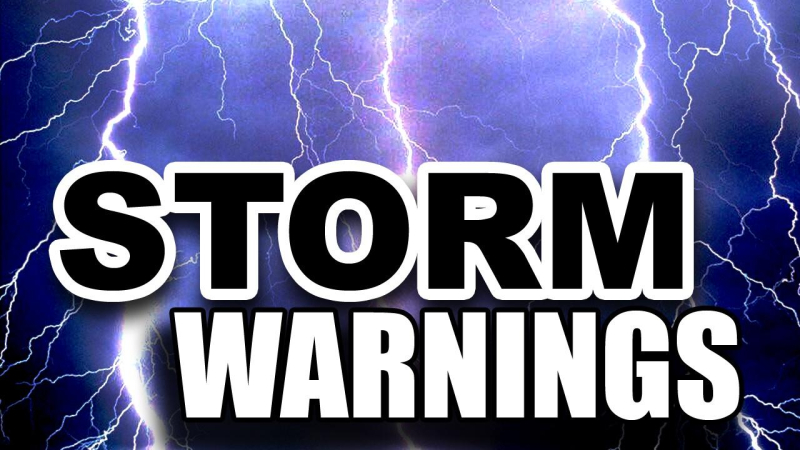 I hope that you don't need the storm advice and possible associated tax help this or any year. But odds are you will. When that happens, take all the help, tax and otherwise, that you can get.

But before that, get ready. And stay safe.

Pacific and Atlantic/Gulf of Mexico storm names: The only remotely good thing about hurricanes is checking out the names, which are chosen for each season by the World Meteorological Organization, they are given once a tropical storm or hurricane forms.

Since we already have Agatha in the Pacific, let's look at the names for storms that form this year in that ocean. The 24 monikers for 2022 Pacific hurricanes are:

As with Atlantic storms, the names alternate between those typically given to women and men.

Also like their other major ocean counterparts, there are six lists of names that are recycled, unless a storm is deadly. Then that name is retired and new one added the next time the list is used.

2022's names were last used in 2016, which is why you see again Lester and Madeline, shown in this post's opening image.

I'm also glad to see that Kay has not been violent enough to be taken out of rotation. I'm keeping my fingers crossed that a similar mild storm bearing my name holds this year (and beyond).

There are 21 Atlantic hurricane season names, which also are given to storms that form in the Gulf of Mexico. They are:

Long-time, dedicated hurricane watchers probably noticed a new name in the 2022 Atlantic list. Matthew was retired in 2016, Martin took his place. Let's hope this M name stays calmer, and on the list longer.

And all of us have become painfully aware of how much longer the Atlantic hurricane seasons have run in the last few years. The National Hurricane Center used to turn to the Greek alphabet when it ran out of names.

However, that led to confusion and inconsistences, so this year a new supplemental naming system is in place. The 2022 additional tropical storm/hurricane names if we need them are:

We could see some of these if the Atlantic/Gulf of Mexico hurricane season forecast from the National Oceanic and Atmospheric Administration's Climate Prediction Center, a division of the National Weather Service, is correct.