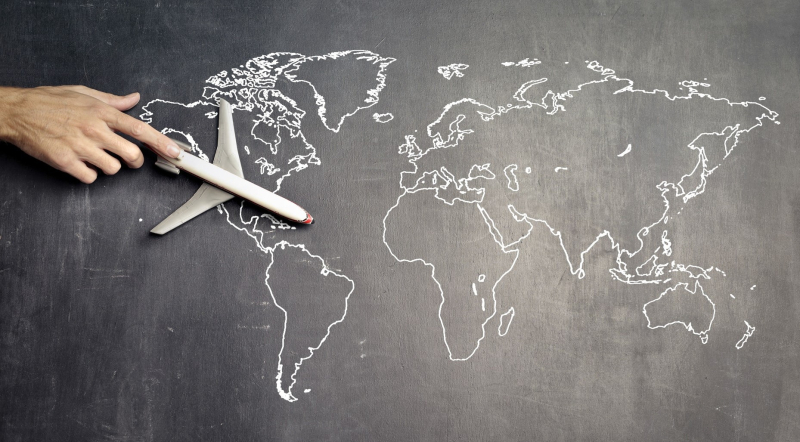 Some have even gone as far as to move far, far away from their homes.

When U.S. residents make international moves for work, there's one part of the country they keep. They still must file tax returns and pay tax to Treasury on their overseas earnings. Yeah, I know. Not exactly the memento from home you wanted to take on your travels.

The good news, though, is that Uncle Sam provides some tax breaks to his citizens living and working abroad. Some of those benefits for globally peripatetic taxpayers are affected by the cost of living, and noted in Part 8 of the ol' blog's latest annual inflation and taxes series.

That includes the cost of finding an acceptable flat, appartement, villa, casa, haus, or any other dwelling in a place with a language beyond my rudimentary translation skills.

Annual housing abroad adjustments: Since costs of living vary widely, the U.S. Department of State tracks the worldwide amounts and grants an allowance to employees officially stationed in a foreign location where the cost of living, exclusive of quarters costs, is substantially higher than in Washington, D.C.

The IRS follows this list and, based on the housing data, allows U.S. taxpayers in those designated locales to exclude from their income (or deduct, if self-employed) an amount greater than the basic housing amount, which for 2022 is $33,600.

This announcement of a bigger housing tax benefit typically is made months after the tax agency's typical fall release of its general inflation figures. The IRS released its 2022 allowances for higher housing costs in the March 7 Internal Revenue Bulletin (IRB). It's in the Notice 2022-10 section, Determination of Housing Cost Amounts Eligible for Exclusion or Deduction for 2022 (page 815). You also can find it at IRS.gov's webpage version of that IRB issue.

Yeah, I know. I'm a bit behind, and I can't (thankfully) blame COVID-19. Just life in general. But enough excuses. Just, finally, this year's additional foreign housing cost figures, which in toto as IRS N-2020-10, earn this weekend's By the Numbers honor.

Of course, since Stanley Tucci's food/travelogue returns tonight, I immediately scrolled down the latest table to see which Italian cities are considered overly expensive vis-à-vis U.S. taxpayers living in them.

Nine locales in that Mediterranean peninsula nation get higher housing allowances. They are:

And while relocations are not going to happen due to Russia's hostile move on Ukraine, you would get $108,000 for living in Moscow.

It's a big old world out there, so chances are your work could take you someplace other than Italy or those four just-cited higher cost of living locales.

In that case, check out the notice's full table (almost seven pages in the Internal Revenue Bulletin) to see how the housing costs, and their tax considerations, in your potential new home compare to U.S. residential expenses.