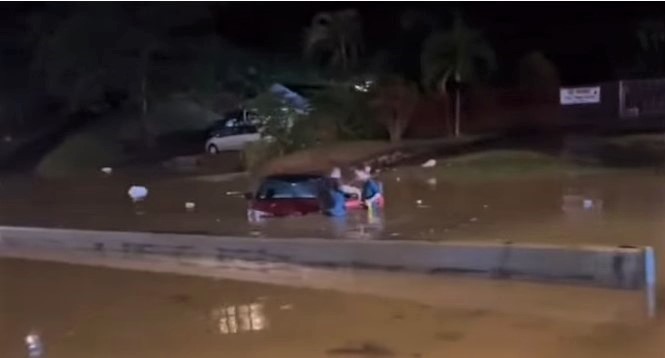 The postponement is for reasons none of us would want. It's for folks who were struck by major natural disasters.

The Internal Revenue Service announced last week that it has granted special tax relief to Puerto Rico residents of who in February were struck by severe storms, flooding, and landslides. They now have until June 15 to file various individual and business tax returns and make tax payments that normally would be due between Feb. 4 and the regular Tax Day, which is April 18 this year.

Puerto Rico's disaster areas: The IRS move, as do all its natural disaster tax relief actions, came after the Federal Emergency Management Agency (FEMA) on March 29 issued a disaster declaration for the U.S. island territory. 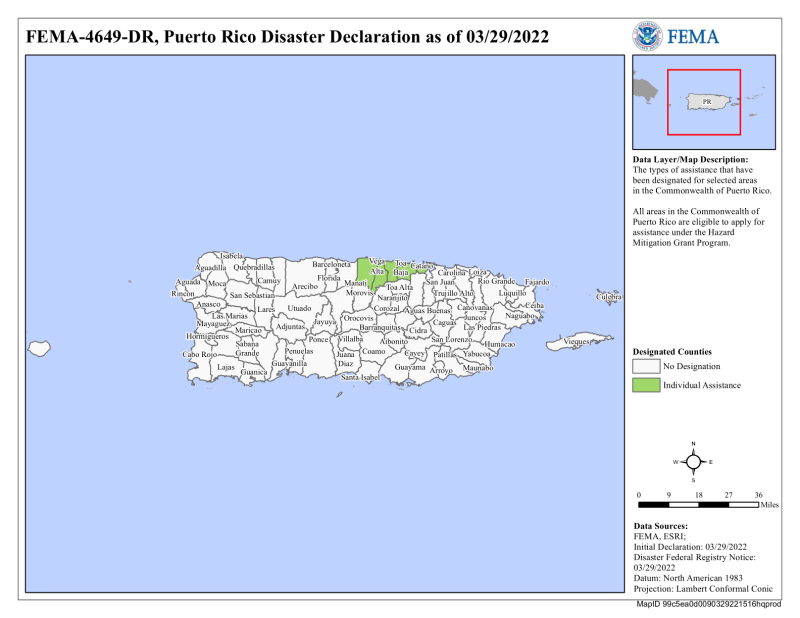 The tax relief is granted for individuals and households, as well as businesses, affected by the storms that hit Puerto Rico between Feb. 4 and 6, producing floods and subsequent landslides. Specifically, that is residents and business owners in the municipalities of Cataño, Dorado, Toa Baja, Vega Alta, and Vega Baja.

If FEMA subsequently adds more locales to the major disaster area, resident there also will get the same federal tax relief. I'll update this post, but you also can keep track of localities eligible for special tax consideration by checking IRS.gov's disaster relief page.

May Tax Day for others: The Puerto Rico disaster relief joins earlier IRS announcements that pushed this year's filing and payment deadline to mid-May for some other taxpayers in five states who endured some Mother Nature's worst moods at the end of last year.

May 16 is Tax Day for Colorado wildfire victims, as well folks who were in the paths of the tornado outbreak through Arkansas, Kentucky,  Illinois, and Tennessee.

Because of these various disaster delays and tax relief, both May 16 and June 15 share this week's By the Numbers recognition.

Puerto Rico rough weather: In the Puerto Rico major disaster situation, the IRS says that certain tax deadlines falling on or after Feb. 4 and before June 15 are postponed through June 15.

The IRS also gives affected taxpayers until June 15 to perform other time-sensitive tax actions, such as making an individual retirement arrangement (IRA in popular parlance) contribution and have it applied to the prior tax year. This option to make a time-shifted contribution applies to both traditional IRA and Roth accounts.

In addition, farmers who choose to forgo making estimated tax payments and normally file their returns by March 1 will now have until June 15 to file their 2021 return and pay any tax due.

The IRS also says it will abate penalties on payroll and excise tax deposits due on or after Feb. 4 and before Feb. 22 as long as those tax deposits were made by Feb. 22.

However, if you're not technically in the designated disaster areas, but the records and other info you need to meet a tax deadline during the postponement period are in the area, let the IRS know. You can call the IRS toll-free at (866) 562-5227 to discuss your situation.

Also, individuals who are in the disaster areas providing relief services as part of a recognized government or philanthropic organization and who would like the same tax relief, you also should talk with the IRS.

And taxpayers who are in an extended-filing disaster area, but get a late-filing or late-payment penalty notice from the IRS should call the number on the notice to have the penalty abated.

The Puerto Rico storms mean that those taxpayers can claim the loss on their 2022 tax returns due in 2023, or on their 2021 returns that now are not due until June 15.

In all major disaster cases, you need to run the numbers to make sure that your choice of tax year provides you with the most advantageous tax result. You can read more about making major disaster loss tax claims in my earlier post on what to consider when making a major disaster tax claim.

Regardless of which tax year filing you choose to make the disaster loss claim, the IRS asks that you note the disaster and FEMA declaration number on any return claiming a loss.

Puerto Rico filers should write "Puerto Rico severe storm, flooding, and landslides" in bold letters at the top of the form. They also include the FEMA disaster declaration number DR-4649-PR on any return. IRS Publication 547 more information on disaster filings.