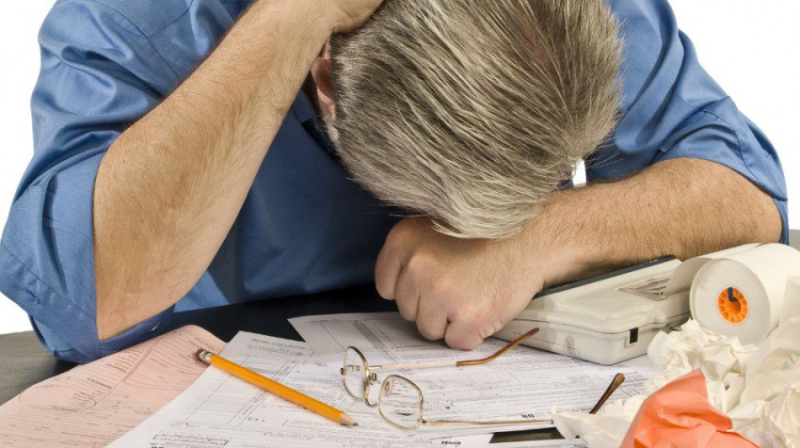 Most U.S. taxpayers made it through Tax Day 2022. They either filed their 1040 forms, or they got an extension to submit their returns by Oct. 17.

The Internal Revenue Service reported that by April 15, which usually is the annual filing deadline, but was pushed to the next business day by Washington, D.C.'s Emancipation Day holiday, it had received more than 122.5 million returns.

That's around 73 percent of the people who filed in 2020 and 2021, when filings exceeded historical averages. The count was higher those years because people who normally weren't required to send in a return did anyway, so they could get COVID-19 economic impact payments and/or a portion of the Child Tax Credit in advance.

Whether you go with the pre-coronavirus annual filing numbers of around 155 million, or stay with the COVID-boosted 169 million or so, that's a whole lot of folks filling out and sending in tax returns.

And that's a lot of filers who are paying to fulfill their annual tax filing responsibilities.

When to use a tax preparer: Many individuals, of course, use tax professionals. Paid tax preparers are worth their fees because they are aware of their clients specific and special financial and tax circumstances.

Reputable and credentialed preparers also know the tax law and circumstances where a tax break, or requirement, might otherwise be missed, saving the taxpayers from overpaying taxes or ending up owing for a mistake.

Taking the tax software route: The vast majority of U.S. citizens, however, have relatively basic tax situations. So they turn to tax software. Based on those numbers, repeated every year, it apparently works for them.

But many — 14 million, according to a recent Treasury Inspector General for Tax Administration report — paid for a tax preparation and electronic filing service they could have used for free.

Yes, I'm talking about IRS.gov's Free File. This partnership between the tax software industry and IRS started two decades ago with high hopes of getting every U.S. taxpayer to file electronically. To entice them, Free File participants offer their services to qualifying taxpayers every year.

Failing Free File: But the program just never took off as hoped. In fact, Free File now seems to be losing steam.

There are reports that usage this year is down, likely because Free File usage decrease is that the programs two biggest tax industry names, H&R Block and Intuit's TurboTax, no longer participate.

Even before those companies left, there were signs that this private-public tax prep marriage likely can't be saved.

Part of the reason is that, despite U.S. consumers' complaints about costs, we still are a capitalistic society. Sure, we want a bargain, but we basically follow the dictum that you get what you pay for, and when it comes to taxes, free help just can't be as good as paid.

Also, some Free File software participant names stayed true to their capitalistic roots and, per a 2019 exposé by ProPublica, used deceptive computer code to hide the links to their Free File option from search engines. Instead, they directed users to ostensibly free options at their company websites.

Then there's the eligibility factor. If you make more than a certain amount, you can't use the no-cost tax software to complete your tax return and e-file it at no cost. That's $73,000 this year.

And yes, this year still is in effect, as Free File is open through the Oct. 17 deadline for taxpayers who got extensions to file their returns.

IRS-only free tax filing: The continuing problems with Free File have prompted the annual chorus of cries for a truly, free-for-all system where everyone can prepare and file their taxes electronically at no cost.

Yes, I'm talking about the proposals, raised every Congressional session, that the IRS alone be in charge of offering every single taxpayer an online way to fill out and e-file at no cost.

Well, at no cost directly from taxpayers using this IRS unicorn system of free tax prep and filing. There would be a cost in that the IRS would need lots more in its budget, which is funded by our tax dollars, to set up and operate such a system.

Ending tax season hell: Toward that presumptively better tax ending for all of us, this weekend's Saturday Shout Out goes to The Washington Post's consumer reporter and columnist Michelle Singletary and her provocatively headlined piece, Tax season is hell. We should all be able to e-file for free.

Singletary recounts the abundant tales of woe she heard from taxpayers, as well as the IRS' own anguish during what its Commissioner Charles Rettig described as "a season of frustration."

Again, the pleas for the IRS to do its main job of effectively and efficiently processing our returns are not new. Nor are the calls for the IRS to add its own no-cost tax software program to the mix.

Unfortunately, the calls (again) won't produce anything. Yet.

But the more that more of us demand realistic IRS funding, the better the chances the IRS can upgrade its equipment and hire more computer savvy staff.

When that does eventually happen, then maybe we will get free-for-all tax prep and filing, instead of the chaotic free-for-alls that have characterized recent run-ups to Tax Day.