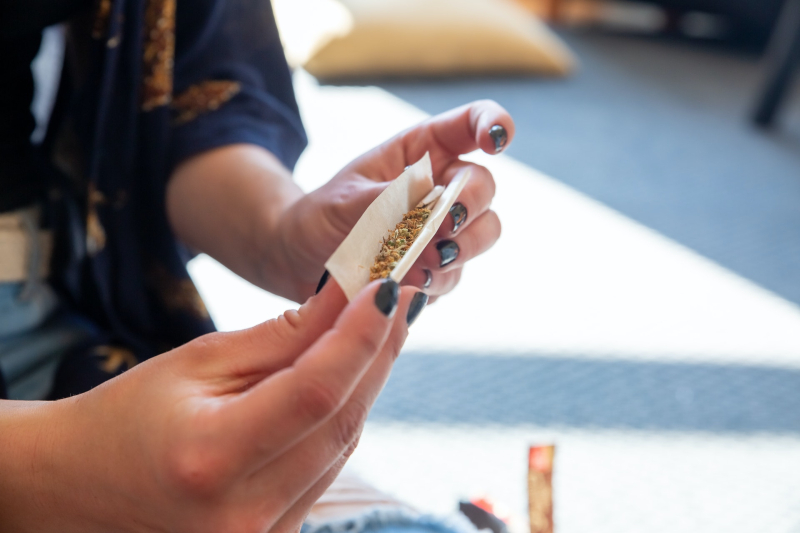 Photo by Kampus Production via Pexels.

Here in Austin, we're in the midst of doing our civic duties. In between the March primaries and late May runoffs from inconclusive races in that voting session, residents of the Lone Star State's capital are deciding on a trio of ballot questions.

Two deal with property taxes. The third asks, in part, if we Austinites would like to eliminate enforcement of low-level marijuana offenses.

There's a statue of Willie Nelson in downtown Austin. What do you expect the result to be?

Toking in Tejas: Joking aside, Austin is just one Texas city that's looking to ease legal ramifications of recreational cannabis. The advocacy group Decriminalize Denton believes it has enough signatures to get its ordinance to eliminate low-level marijuana enforcement on the November midterm elections ballot.

Decriminalize Denton believes they are on track with enough signatures for their ordinance to eliminate low-level marijuana enforcement to qualify for the November midterm elections. https://t.co/wBWffubYut

And speaking of November, Texas' Democratic gubernatorial candidate Beto O'Rourke has come out for state-wide legalization of cannabis. "And don't you think it's time we legalize marijuana in the state of Texas? I do too. We can get that done," O'Rourke said at a Waco event celebrating his nomination last month.

If O'Rourke can upset the incumbent Greg Abbott, his pro-pot plan could succeed.

Texas already allows some medical use of cannabis. And a recent University of Texas at Austin study shows the percentage of the state's voters that favor total legalization of marijuana has been trending upward since 2010. Today, it's 60 percent for legalization to 40 percent against.

No, I'm not spending my weekend surreptitiously (and illegally) toking. But the local ballot question, along with the recent 4/20 unofficial cannabis holiday, led me to offer a couple of weed related items on this weekend's Saturday Shout Outs.

Cannabis' revenue potential: The first shout goes out to a report from the Institute on Taxation and Economic Policy (ITEP) that Cannabis Taxes Outraised Alcohol by 20 Percent in States with Legal Sales Last Year.

Of course, notes the non-profit, non-partisan tax policy organization, some of this disparity could be attributed to timing. Cannabis legalization still is relatively new, and its revenue creation has tended to start low, but grow quickly as legal businesses ramp up production and sales. Tobacco tax revenue, on the other hand, notes ITEP, is stagnating or declining in many states because tobacco usage is declining.

Still, for cash strapped states, any additional tax income is welcome, even if it ultimately tapers off.

How to tax cannabis: The financial potential of legal marijuana brings us to the second shout, which goes out to the Tax Foundation's The Deduction podcast, or as host Scott Hodge, the Washington, D.C.-based nonprofit's president, dubbed it, potcast. Hey, talk to Scott; I'm just a reporter.

Check out the directory for more airings of The Deduction.

In this edition, titled Recreational Marijauana Taxes, Scott talks with Ulrik Boesen, Senior Policy Analyst at the Tax Foundation, about the complex system of existing state tax systems and how policymakers should approach designing such taxes.

They also look at the role taxes will have in the success or failure of federal cannabis reform.

Official cannabis word from Capitol Hill: Finally, about federal cannabis reform. It's made progress, but is likely to be again be stubbed out in this session of Congress.

On April 1, the House approved a bill to decriminalize marijuana and impose excise taxes on cannabis producers. Go ahead, make your own jokes about the April Fools Day timing.

Unsurprisingly, the 220-204 vote was largely along party lines. A similar measure passed the house in 202, but died in the then Republican-controlled Senate. Now, with Democrat Sen. Chuck Schumer of New York — one of the latest states, by the way, to legalize marijuana — as majority leader of Congress' Upper Chamber, the chances are better for passage of a marijuana bill.

But, say most Capitol Hill observers, it won't be the House proposal. This weekend's final shout out goes to a couple of items about the apparently doomed House bill.

Congress.gov has the official legislative scoop on H.R.3617, the Marijuana Opportunity Reinvestment and Expungement Act. The two biggies are —

It also looks to buff up the plant's image by replacing statutory references to marijuana and marihuana with the official term cannabis.

You can get the rest of the details at the governmental website. You also can get a more reader friendly explanation in this weekend's final Saturday Shout Out to the Roll Call newspaper article House votes to legalize cannabis, but Senate has its own ideas.

Yep, it always comes down to money.