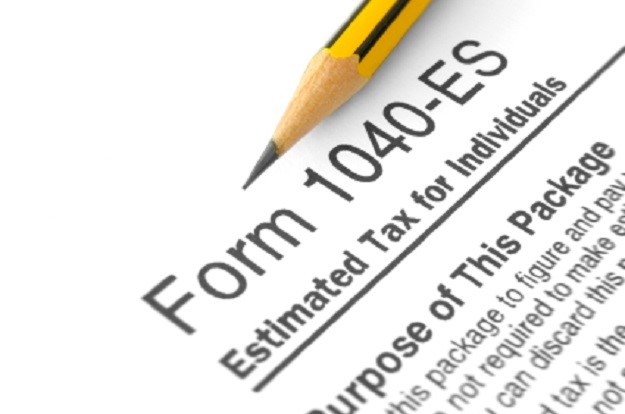 Millions of taxpayers are facing their first tax payment for 2022 on Monday, April 18.

No, I'm not talking about any tax due you sent along with the 2021 return you filed or are frantically working on this last week before Tax Day. That money counted toward last year's taxes.

I'm talking about the taxpayers who will be paying a separate amount to cover their earnings during the first quarter of 2022.

And yep, the first payment of the current tax year coincides with any tax due for the previous one, making Tax Day double costly for some.

You can get the scoop on the process in the ol' blog's estimated tax primer. But since I know it's a crazy week, here are questions and answers on three of the 1040-ES highlights.

Why are there estimated taxes? The U.S. tax system is based on pay as you earn. This keeps money flowing into the U.S. Treasury year-round to help pay for Uncle Sam's services. Most people do this with the income and Federal Insurance Contributions Act taxes withheld from their workplace paychecks.

But withholding doesn't apply to all earnings. Some salaried workers have side jobs. Others do various gig jobs to make a living. Still others are their own bosses full-time. Each of these freelancing or contract jobs mean we get paid without handing over any to the federal government.

Other folks get investment payouts. Remember, even if you don't see the cash because you have it reinvested, it's still yours and it's still taxable. Some of this investment money is collected by retirees, who also get pension or Social Security benefits.

Then there are the lucky folks who win lottery jackpots or other gambling bets or prize winnings. When taxes aren't taken off the top of those amounts, the winners have to cover what is owed the Internal Revenue Service.

And even the unlucky who've lost jobs and got unemployment compensation have to deal with estimated taxes. Unemployment benefits are taxable income, and most recipients opt not to have withholding taken out since they need the money to cover lost earnings.

Uncle Sam requires us to make up the tax money from all these sources by paying estimated taxes, usually four times a year.

When are estimated taxes due? There are four deadlines, three in the year the money is earned, and the last one the next January.

The table below shows the estimated tax deadlines, as well as the time frames to which they apply.

As the asterisk above notes, the dates change for calendar situations. That means the first payment for tax year 2022 is April 18.

The middle two are on target. But the final estimated tax payment for 2022 must be sent by Jan. 17, 2023, since the 15th is on Sunday, and the following Monday is the Rev. Martin Luther King Jr. Day federal holiday.

Don't ignore these not-quite-calendar-aligned quarterly payments. If you have income at any time that isn't subject to withholding, you need to account for it with your 1040-ES payments.

If you don't, or don't pay enough for the estimated tax period, or pay it after the four added deadlines, you could be hit with late and under payment penalties. And interest charges.

How do I pay estimated taxes? You generally can send your quarterly estimated tax payments to the IRS the same way you do your regular tax bills.

The tax agency accepts checks and money orders if you're old school. In this case, also send along the paper payment voucher Form 1040-ES shown below to the address in the form's instructions, which are part of the overall estimated tax package.

The IRS also offers estimated tax payers a variety of electronic tax options, one of which is a hybrid cash/e-pay method.

The IRS prefers that you guesstimate how much money subject to estimated tax that you'll get during the full year, divide that total by four, and send those equal amounts on the four 1040-ES due dates.

The four equal installments method isn't required. In fact, the annualized income option is a good move for some to use in calculating estimated tax payments.

In addition to the links in this post (and below), you can find more on estimated tax matters in IRS Publication 505, Tax Withholding and Estimated Tax.

Also check out IRS.gov's online Tax Withholding Estimator. While it was designed to help wage-earning workers more accurately adjust their paycheck withholding, it also has options for retirees and self-employed individuals who face estimated tax payments.