RMD deadline for some older account owners is April 1. No fooling 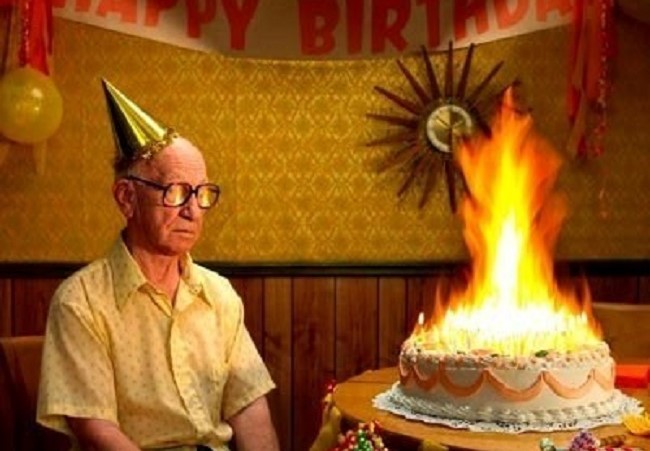 Did you turn 72 in the last half of 2021? Happy belated birthday, from me and the Internal Revenue Service.

My late wishes are because I'm a nice person. The IRS' greetings, which also might be as sincere, also are because your septuagenarian milestone could mean money for the U.S. Treasury.

That birthday is the deadline for taking a required minimum distribution, or RMD, from certain tax-deferred retirement savings accounts.

And if you celebrated that momentous day in the last half of last year, but didn't take an RMD in 2021, then you have just a few more days to take out the taxable money. Your first RMD deadline is this upcoming Friday, April 1.

Taxes finally due: RMDs are, as the name says, required amounts that you must withdraw from certain retirement plans.

Tax laws created to encourage us to save for our Golden Years have meant these tax-deferred accounts have been out of the IRS' reach for years, decades in many cases.

But when you hit the required minimum distribution age, the IRS says enough. Uncle Sam is tired of waiting for his tax cut on these accounts, and you must now start taking out some of the savings and paying the due tax.

If you don't, you could be hit with a substantial tax penalty.

Age triggers, then and now: RMDs used to take effect at age 70½. Now, however, the RMD trigger age is 72, thanks to the Setting Every Community Up for Retirement Enhancement Act of 2019, or SECURE Act.

SECURE specifically noted that if your 70th birthday was July 1, 2019, or later, you don't have to deal with RMDs until you turn 72. But that age change does not affect those who celebrated their 70½ birthday — and who doesn't have parties for half-year occasions? — in the first half of 2019 or earlier. They've been and must continue making RMDs.

And as noted at the start of this post, the timing of your 72nd birthday also comes into play in connection with your first RMD. When your distribution demanding day arrives in the final six months of a year, you have until the next April 1st to take your initial RMD.

For birthday celebrants who had cakes adorned with 72 candles — or, for food and fire safety (see above photo!) reasons, just a couple of candles representing 7 and 2 — on July 1, 2021, or later in the year, that April 1 deadline is just days away.

That proximity is also why the date is this weekend's By the Numbers figure.

Applicable accounts: Traditional IRAs are the most common tax-deferred retirement accounts that are subject to the RMD rules. But they are not the only ones.

RMDs also must come out of various employer-sponsored retirement plans where taxes are deferred. That includes profit-sharing plans, 401(k) plans, 403(b) plans and 457(b) plans.

The RMD rules also apply to self-employment IRA-based plans, such as SEPs, SARSEPs, and SIMPLE IRAs.

If, however, your retirement nest egg is in a Roth IRA, you're not on the RMD hook. The mandated withdrawals generally don't apply to the money funded in part by already taxed contributions.

Of course, since we're talking taxes, there are special situations where the usual required retirement withdrawals are different. This happens, for example, when individuals with traditional tax-deferred workplace retirement plans reach the RMD age but are still on the job. Other distribution factors also come into play for inherited IRAs. In these cases, you should talk with a tax and financial adviser about your liabilities and best moves.

Calculating your RMD: Now that you know which of your accounts are subject to RMDs, it's time to figure out exactly how much to take out of them.

You need to know each retirement fund's value at the end of year prior to your first RMD. That's the amount that's used to figure your RMD(s). You should have a statement from your IRA or similar retirement account trustee showing the amounts.

In addition to account value, your age and life expectancy also come into play in determining your RMD.

For your first RMD that you postponed until this April 1st, use the life expectancy tables in Appendix B of IRS Publication 590-B that was used for completing 2020 tax returns. there are three of them. One (Table I) is for account beneficiaries. Another (Table II) is for married taxpayers whose spouse is more than 10 years younger and is their only beneficiary.

Then there were two: Not too bad, right? It's good that you found the RMD process relatively painless, because you're going to have to do it all over again by the end of the year.

Yep, the RMD you just took by April 1 was for 2021. Now you have to take another chunk out of your nest egg for 2022 by Dec. 31. That annual end-of-year deadline will be in effect for as long as you have money in your tax-deferred retirement accounts.

For folks facing an RMD on April 1, that means two mandated distributions in 2022. Take note of the amounts, as the two taxable distributions in this same tax year could bump you into a higher bracket. It also could mean you need to reassess this year's estimated tax payments.

New life expectancy table, too: You'll also toss out that table you used for your 2021 RMD. Since we're generally living longer, a couple of years ago the IRS updated its tax-related life expectancy tables. They took effect this year, and mean that you'll have to take out a little less, allowing your nest egg to continue to grow.

For your 2022 and subsequent RMDs, you use the revised life expectancy tables in IRS Publication 590-B used for preparing 2021 returns.

Regardless of which table you use, calculating the amount of your RMD gets a bit more involved if you have multiple retirement accounts subject to the annual withdrawal rules. You must figure each retirement plan's RMD separately.

Multiple accounts, more math: Also note the calculation and withdrawal rules if you were an aggressive retirement saver.

If you have multiple retirement accounts subject to required withdrawals, you must calculate the RMD separately for each. However, if your various retirement plans are separate traditional IRAs, you can choose to withdraw the total amount from one or each of them.

Similarly, a 403(b) contract owner must calculate the RMD separately for each of these plans, but can take the total amount from one or more of the 403(b).

However, RMDs required from other types of retirement plans, such as 401(k) and 457(b) plans have to be taken separately from each of those plan accounts.

If you're facing an RMD and fail to withdraw the designated amount, or don't get the distribution by the applicable deadline, the amount you should have taken is taxed at a 50 percent rate.

You read right. Fifty, five-O percent. That's 13 percent higher than the top tax rate that would have applied to your missed RMD amount.

Plus, you'll have to file more paperwork with the IRS. It requires you to submit Form 5329, Additional Taxes on Qualified Plans (Including IRAs) and Other Tax-Favored Accounts, with your federal tax return for the year in which the full amount of the RMD was not taken.

Donate instead: Your best bet if you don't need your RMD to meet your retirement expenses is to donate the amount. But you must do so in a particular way known as a Qualified Charitable Distribution, or QCD.

A QCD, which can be as much as $100,000, goes directly from your RMD-affected account to your favorite IRS-authorized charity. Don't worry. This option has been around for years, so account administrators and charities are familiar with the process.

This direct to the charity transfer means you'll satisfy your RMD. Even better, since you don't get the money, you don't owe tax on the amounts of the QCD.

Of course, you also don't get to take a tax deduction for the gift. That's a double-dipping no-no. But avoiding taxes on a chunk of income you don't need is a pretty darn good tax break.

You can read more on QCDs in my earlier post Rolling an RMD directly to charity pays off for donor, donee.

Regardless of how you meet your April 1 (or later in the year) RMD obligation(s), just make sure you do so by the deadline(s).

One more time: And here's my tumblr blog Tumbling Taxes item on this topic with a fun "Uptown Funk" senior citizen remake.