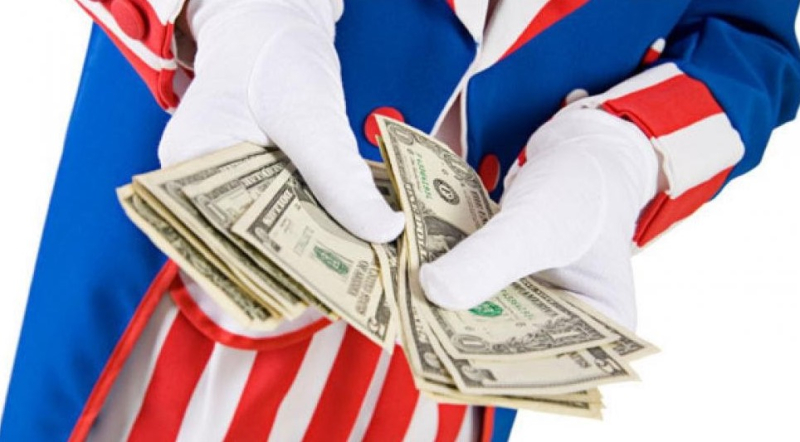 It's that time of filing season again. The Internal Revenue Service is reminding millions of people that they've left collective billions of dollars unrefunded.

Yep, for a variety of reasons, every year people who are due tax refunds don't file the necessary tax paperwork to get their money.

The U.S. Treasury holds on to it, but just for three years. If the due tax refunds aren't claimed within that time frame, Uncle Sam gets to keep the money. Forever.

That means the claiming clock is ticking down for an estimated 1.5 million individuals who didn't file 2018 tax year returns in 2019. The three-year refund period ends on Tax Day 2022, which is April 18.

If they don't act by then, they'll lose their portion of the nearly $1.5 billion in unclaimed refunds.

And yes, even though the April 18 deadline this year is three years past the April 15, 2019, deadline of the unfiled return's due date, it applies in non-filing cases. The law says the three-year claiming deadline is the year's tax due date, not strictly three calendar years.

More time in MA and ME: There's also some due date time shifting for some New England taxpayers.

Thanks to the Patriot Day holiday in Maine and Massachusetts, taxpayers living in these states have until April 19 to file this year's returns and their unfiled 2018 returns.

$813 median unclaimed tax amounts: OK, we've got the timing matters settled. Now to get your unclaimed refund money, which could be a nice chunk of change.

The Internal Revenue Service says that the median unclaimed potential refunds for 2018 is $813.

Your languishing unclaimed amount, however, might be more, since that's just the midpoint for the potential old refunds. So half of the waiting refunds are less and, fingers crossed, half of them are more than $813.

Why people don't file: These old, unclaimed tax refunds are not a new occurrence.

Every year, the IRS announces that three years earlier, millions of folks didn't file tax returns that could net them billions in refunds and therefore didn't get that tax cash they were due back then.

Some don't realize they need to file at all. That's often the case with students and increasingly, gig workers. In both of these cases, these folks aren't in the main, traditional job earning pools, so filing is not necessarily routine for them.

Others know they are due a refund, but for some crazy reason (yes, I am judging!) think the amount is too small to mess with filing a 1040. If that's you, we need to talk.

Now or never: Whatever the reason you didn't file your 2018 tax return back in 2019, do so to get that cash this year. 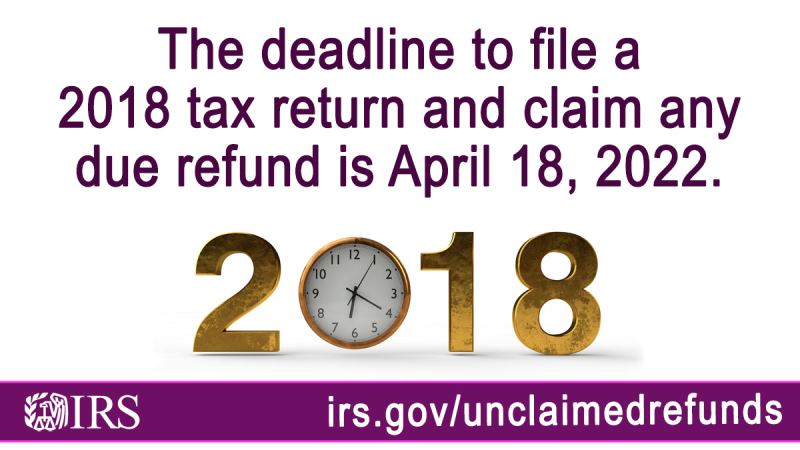 That encouragement comes not just from me, but also the IRS' head honcho.

"The IRS wants to help people who are due refunds but haven't filed their 2018 tax returns yet," said IRS Commissioner Chuck Rettig. "But people need to act quickly. By law, there's only a three-year window to claim these refunds, which closes with this year's April tax deadline. We want to help people get these refunds, but they need to file a 2018 tax return before this critical deadline."

And the message is the same. Don't miss your old refund this time. It is your last chance to get that 2018 unclaimed tax money.

What forms, how to file them: OK, you double-checked your tax records and discovered you didn't file back in 2019. And it looks like you missed out on some cash.

But just how do you get that old refund?

Unfortunately, it's going to take a little bit of work. And you'll have to fill out that old form by hand instead of using tax prep software. Yep, that's right. Snail mail is required. There's no e-filing of old forms.

Start by getting tax year 2018 forms. They're available at IRS.gov's online forms and instructions page. Once there, click on the Find prior years forms, instructions & publications link in the "Other Options" section right at top of the page. Then down load the documents. You also can call toll-free 1-800-TAX-FORM (1-800-829-3676).

In addition to the proper 2018 tax year forms to file, you'll also need your old tax documents. This includes things like your W-2, 1098, 1099 or 5498 forms. If you don't have copies in your personal files, the IRS recommends you first try to get copies from your employer, bank or other payer.

If you can't get those informational documents from those sources, you can order a free wage and income transcript by using the IRS' online tool at the  Get Your Tax Record web page.

Also note that tax year 2018 returns must be filed with the IRS center listed on the last page of the current Form 1040 instructions. Some IRS locations have moved or been closed in the intervening years, so is you use the information on old forms, your finally filed old return won't make it to the tax agency.

The IRS notes that if you're claiming your 2018 tax refund, that amount may be held if you also missed filing returns for 2019 and 2020.

Also be aware of any other amounts you currently owe the IRS, other federal programs, or state agencies. Your old 2018 tax refund may be used to offset currently unpaid child support or past due federal debts, such as student loans.

But look on the bright side. If you're due a refund from 2018, the IRS also might be holding onto unclaimed refunds for you for subsequent tax years, too. You don't have to wait until the last minute, three years down the road deadline to claim them.

Don't forget about the EITC: In finally filing your 2018 return, also make sure you get the most of any possible refund. That means examining your eligibility that tax year to claim the Earned Income Tax Credit (EITC). 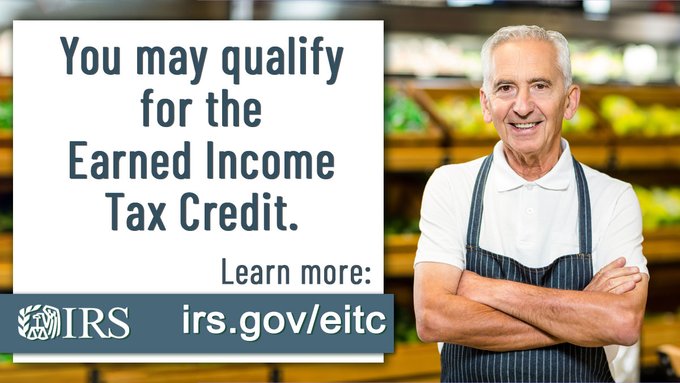 For the 2018 tax year, the EITC was worth a maximum $6,431. Even if you don't qualify for that amount, it still could be worth claiming as long as your 2018 income met the EITC earnings thresholds. That tax year they were:

If your income and family circumstances back in 2018 allow you to claim the EITC on your late-filed return now, be sure to download IRS material related to the credit back then, too.

That means chances are good that a large percentage of folks who didn't file a federal return in 2018 also overlooked their state returns that year, since state and federal filings typically are connected.

Yes, it's extra tax work. But for me, it's always worth getting some unexpected money. And it's doubly worth it to keep it from simply reverting back to Uncle Sam.

Plus, the unclaimed amounts could be especially welcome if you're still struggling because of the economic impact of the COVID-19 pandemic.

More on those 2018 refund amounts: As noted earlier, the median return from the $1.5 billion waiting in the U.S. Treasury is $813. That means that half of the old unclaimed refunds are less than $813 and half are more. In some cases, much more.

Of course, it would be great to get that nearly one grand in Alaska. But even the smallest median refund amount, $686 in Idaho, is nothing to sneeze at.

You can see exactly where your state stands in the unclaimed refund sweepstakes at the ol' blog's special web page showing 2018's state-by-state numbers.

No penalties for refund claims: Finally, if you're concerned about facing IRS wrath for not filing back in 2018, don't be.

There's no penalty for filing late when you're getting a refund of overpaid taxes.