Students with debt, corporate taxpayers, and tax preparers could be affected by Biden's budget proposal 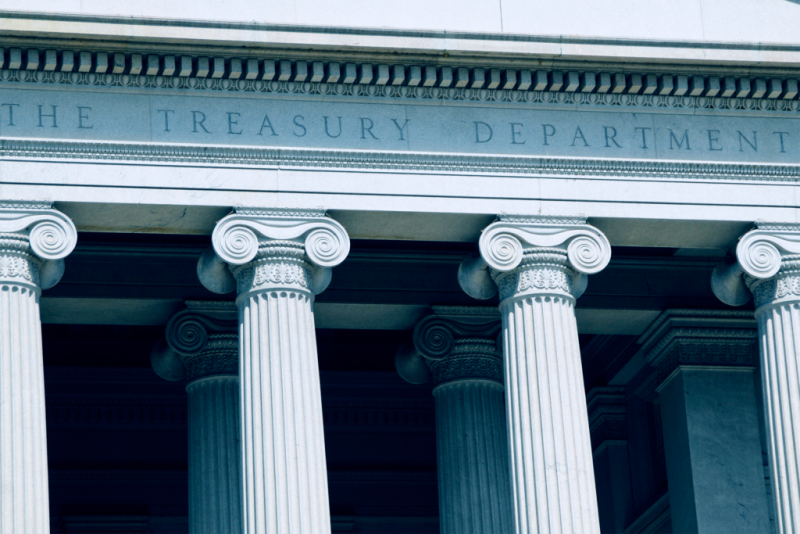 President Joe Biden's fiscal year 2023 budget proposal of a minimum tax on the wealthiest Americans, as well as a levy on unrealized gains on assets (including stock holdings), is getting the most attention.

It also would, says the administration, help reduce the nation's budget deficit by $1 trillion over the next decade.

Wish list only: Advocates of ways to end income inequality are cheering the move, but they likely won't see its enactment.

The annual budget presented by any White House tends to be a wish list. It's a collection of requests to Congress, which has actual control of Uncle Sam's accounts.

Even when one party controls the legislative and executive branches, as is nominally the case now, only a handful of items make it into law.

However, an administration's budget does provide an indication of presidential priorities and where the country's leader wants to direct political and legislative energies.

They are spelled out in the Treasury Department budget accompanying publication, the General Explanations of the Administration's FY2023 Revenue Proposals. Popularly known as the Greenbook, the document was released today, March 28.

This Treasury news release about the revenue ideas lists them all. You can check each one out in the full 120-page Greenbook.

If, however, you'd like to start with a preview, following are some of the Biden budget proposals that caught my eye.

Family-related tax benefits: For the rest of us, the Biden budget has some suggested tax changes that would provide support for families and students.

The White House wants to make the existing Adoption Tax Credit refundable. Currently, the tax credit for expanding your family via adoption will only zero out any tax liability, but not get you a refund if it's more than you owe.

The adoption tax credit amount for 2022 is $14,890. It, as well as the corresponding income exclusion for employer-provided adoption assistance, are indexed for inflation. The credit also is phased out for higher income adoptive parents, with that phase-out range also adjusted for inflation.

While the tax break for adoptions lowers the cost of the process, the White House says that since the tax credit is nonrefundable, low- and moderate-income families are unlikely to have large enough tax liabilities to get the credit's full benefit. Giving them the excess as a refund would make adoption more attainable for these families. It also would ensure the tax benefit is available to all taxpayers, regardless of tax liability.

Currently, when loans, including those for student debt, are forgiven or otherwise discharged, the amounts are considered gross income to the borrower and subject to individual income tax in the year of discharge.

The American Rescue Plan Act (ARPA) enacted last year provides an exception to the treatment of discharged loan amounts as gross income for certain qualifying student debt that is discharged in calendar years 2021 through 2025.

The White House wants to make the student debt income exclusion permanent. It would take effect on the day the change is enacted.

Business and international taxation: On the business side of the tax code, the Biden Administration proposes raising the corporate income tax rate to 28 percent. This would be an increase from the current 21 percent flat rate for C corporations that was enacted as part of 2017's tax reform bill, the Tax Cuts and Jobs Act.

The White House says that raising the corporate income tax rate is an administratively simple way to raise revenue to pay for infrastructure proposals and other fiscal priorities. In addition, according to the Greenbook, "a corporate tax rate increase can expand the progressivity of the tax system and help reduce income inequality."

Plus, argues the Administration, most of the corporate tax hike effects would be borne by foreign investors, meaning no additional federal income tax burden on U.S. companies.

Taxing fossil fuels: The current Internal Revenue Code is full of myriad tax benefits that encourage oil, gas, and coal production. Many of my fellow Texans are quite thankful for this.

The Greenbook elaborates on a dozen Biden-proposed changes to these fossil fuel tax preferences. Again, if you're in an oil patch or coal mine, check out the document for specifics.

It also notes the White House's one big reason for all of the proposals. "These oil, gas, and coal tax preferences distort markets by encouraging more investment in the fossil fuel sector than would occur under a neutral system," according the Treasury document. "This market distortion is detrimental to long-term energy security and is also inconsistent with the Administration's policy of supporting a clean energy economy, reducing our reliance on oil, and reducing greenhouse gas emissions."

This is a good example of why, despite Democratic control on Capitol Hill, nothing will happen, thanks to West Virginia Sen. Joe Manchin's personal involvement in the coal industry in his state.

Carried interest again of tax interest: Closing tax loopholes is always popular, on both sides of the political aisle, even if the two sides can't quite agree on what's a loophole. Biden's budget has listed several tax preferences it sees as needing some work, including one tax that's been a target for a while.

Carried interest might ring a bell if you followed the 2012 presidential election. The wealth of Mitt Romney, currently a U.S. Senator from Utah and back then the GOP challenger to President Barrack Obama, became an issue because, in part, how it was earned.

Some of Romney's money was private equity group compensation that was treated as carried interest. As is commonplace in the financial world, he took a share of their firm's profits instead of a regular salary, and then classified the income, as allowed by tax law, as a capital gain rather than a wage. That meant the money was subject to lower capital gains tax rates (generally maxing out at 20 percent) instead of the higher ordinary taxes (which could be as much as 37 percent) on regular wage income.

Carried interest became a continuing popular tax change topic. Biden revisits it in his budget, calling for carried interest to be taxed as ordinary income. The change would apply to individuals with taxable income from all sources of more than $400,000.

The IRS has tried for years to do this, but that effort came to a halt in 2014 when it lost a federal court battle. The judicial determination was that the tax agency did not have the statutory authority to regulate paid preparers.

Biden proposes amending Title 31, U.S. Code (Money and Finance), to provide the Treasury Secretary with explicit authority to regulate all paid preparers of federal tax returns. This would include establishment of mandatory minimum competency standards.

The White House also wants to expand and increase penalties for return preparation and e-filing violations, which have been statutorily established. For example, anyone who is paid to prepare or assists in preparing federal tax returns must, by law, identify themselves on those returns by using the prescribed identifying number, known as a Preparer Tax Identification Number (PTIN). Paid tax return preparers must sign and include their PTIN on the return.

Noncompliant preparers can face civil penalties. These penalties generally must be assessed within three years after the return is filed. Biden's budget proposal would increase the amount of tax preparer penalties in the case of willful, reckless, or unreasonable noncompliance actions, as well as extend the period during which they could be assess to six years.

Again, these are just a few of the tax components in the Biden FY23 budget. Enjoy perusing the Greenbook for more on them and the others. And let me know in the comments what you think about those mentioned in this post, as well as others in the budget proposal.