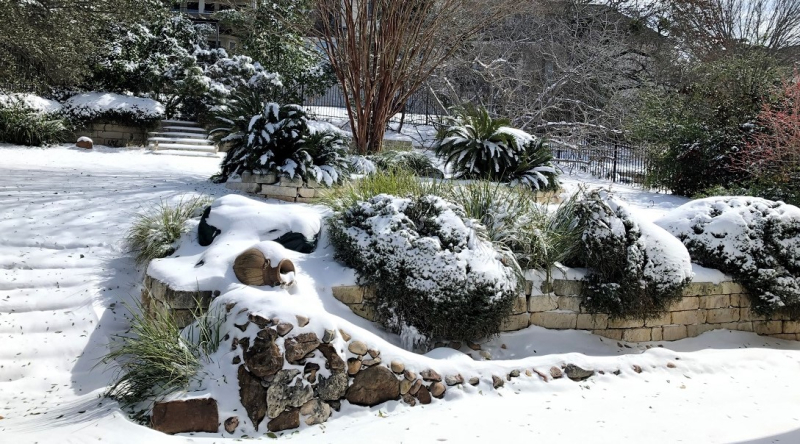 No, this isn't from this week's cold snap in Austin and much of Texas. It's what we got from the February 2021 major winter storm that hit every county in the Lone Star State. This week, we've had freezing rain, sleet, gusty north winds, and continuous below-freezing temps. That's bad, but likely not bad enough to get a major disaster declaration that could make any damages tax deductible. (Photo by Kay Bell)

Groundhog Day was yesterday, but all us cold weather weenies here in Central Texas and southward are feeling like we're reliving February 2021. We're in the midst of a 24-to-36 hour below freezing spell.

I know for hardy northern residents, that's nothing. But we moved to this part of the country to get just a tiny taste of winter, only enough seasonal change to pull out our Uggs for maybe a week. When we get sustained, really cold weather, like shown in the warning map below, we're thrown for a loop. 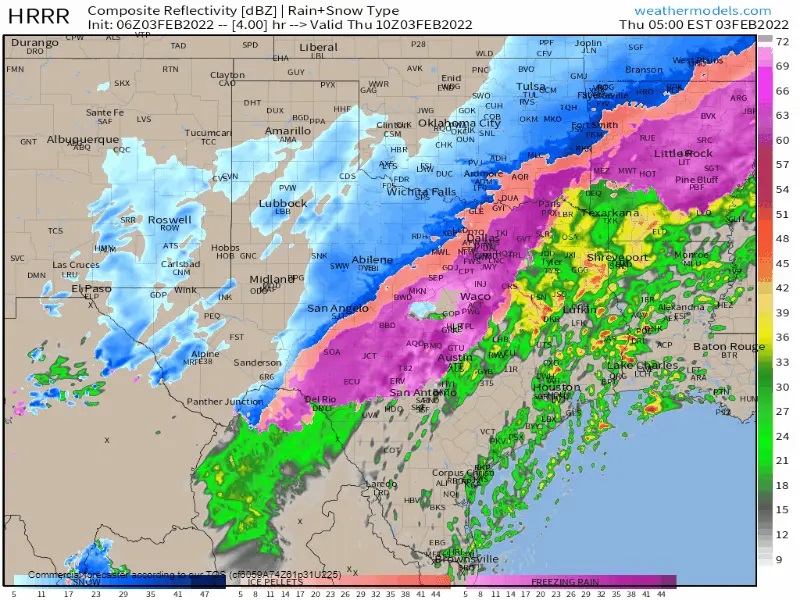 That's my excuse for being late posting today. I've been dripping faucets and then transferring those bowls of water to containers for future use. I hope it's not near future use, like last February when we didn't have water for days and…. Well, you know.

When storm damages are tax deductible: I'm also recycling a post that I wrote after year's major winter storm. It looks at the factors you need to consider in making a major disaster tax claim.

The key here is that the disaster must be an official major one. Your (or my) classification of the horrid weather as a disaster, like me and my whiny neighbors are doing, doesn't count. Any bad acts by Mother Nature must be deemed a major disaster by the president and dealt with by the Federal Emergency Management Agency (FEMA).

I don't expect that to happen this time for me and my fellow freezing Central Texans.

Yes, it's cold, and some people will lose power. That could mean in addition to huddling under every available blanket, their refrigerated goods might go bad. Others might find their pipes froze, not only inconveniencing them, but causing serious damage to their homes.

But unless some of the many areas this storm system is hitting is declared a major disaster by President Joe Biden, then we'll be our own or working with our insurance agents to take care of repairs. Without that official word from the White House, we won't be able to make any deduction claims on our federal tax returns.

I hope wherever you are, you're safe and warm.

I also hope you never ever need to think about claiming losses incurred as a result of a major natural disaster. Those Mother Nature-turned-Mommy Dearest events happen year-round and in every part of the United States.

So take care. Be aware. Prepare. And just in case, check out my major disaster tax loss claims post.

You also might find these other disaster-related blog items of interest, too: