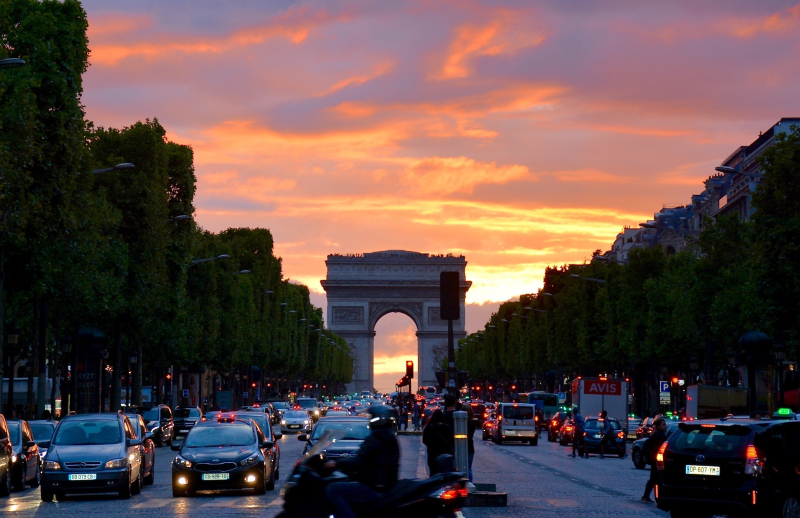 Americans who'd rather permanently deal with Paris traffic instead of that in their U.S. homes have seen their expatriation plans put on hold by the global pandemic. (Pixabay photo via Pexels)

A lot of folks have done some soul searching during the COVID-19 pandemic.

Some joined the Great Resignation, quitting jobs they realized really weren't good fits. Many of them started their own companies.

Others decided to disengage even further and farther. They formally expatriated by renouncing their U.S. citizenship or terminating their long-term U.S. residency.

Exit tax costs: This official move has a tax consequence. Since enactment of  HEART (Heroes Earnings Assistance and Relief Tax) Act of 2008, most individuals who give up their status as United States of Americans have had to pay a potentially hefty exit tax.

The amount is calculated as if the departing U.S. citizen liquidated all of his or her worldwide assets on the day before expatriation and then any hypothetical net gain from that amount (that is, the deemed liquidation amount minus the expatriate's asset basis) that is more than a certain amount is taxed as capital gains.

The taxing threshold for 2022 expatriates' paper-only liquidations is $767,000. That's the amount that can be excluded from the mark-to-market gain upon expatriation of a covered expatriate. That's an increase from 2021's threshold of $744,000.

At that income level, the capital gains rate on the taxable amounts in excess of the threshold is 20 percent.

Those taxes could be good news for the U.S. Treasury in the short term. However, Uncle Sam loses the annual inflow of tax payments by folks who retain their U.S. citizenship, but live and work abroad.

Yes, those folks still have to file 1040s with the Internal Revenue Service, although those returns aren't due until June 15 instead of the usual April Tax Day.

Stuck at unwanted national home: Regardless of which tax perspective you take of expatriations, there were fewer such instances in 2021.

The U.S. Treasury Department publishes each quarter the names of people who officially expatriate. The lasted list, published Jan. 26 in the Federal Register, had only 488 names. That brought the total number of published expatriates in 2021 to 2,426.

And that, according to the expatriation data tracked by the International Tax Blog, is a 64 percent decrease from 2020's expatriates.

The 64 percent drop also is this weekend's By the Numbers figure.

Pandemic postponements: The immediate explanation is that folks' international relocation plans were derailed, or at least detoured, by the COVID-19 pandemic.

As many as 30,000 citizens living abroad have been unable to secure a "loss of nationality" interview during the pandemic, The Guardian newspaper reported in December 2021.

Most U.S. consulates have had their expatriation services on hold since the spread of coronavirus was acknowledged in March 2020. The U.S. State Department told The Guardian that the face-to-face interviews are too risky given the health considerations.

The U.S. embassy in London, for example, says on its website that it is "currently unable to accept appointments for Loss of Nationality applications." Traveling elsewhere in the United Kingdom won't do any good either. The London office notes that Consulate General Edinburgh and Consulate General Belfast aren't conducting the interviews either. 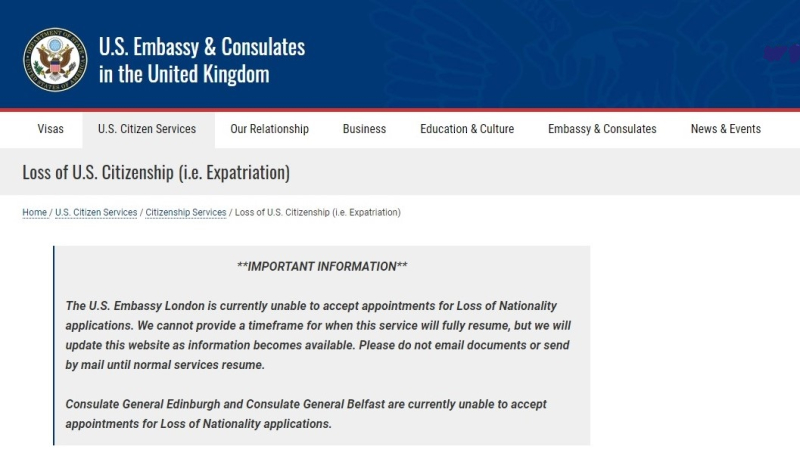 There's no timeframe as to when the process will resume, in the U.K. or at U.S. consulates globally.

So, sorry, all y'all looking to formally and officially make your homes outside the United States. Maybe 2022 will be your year.