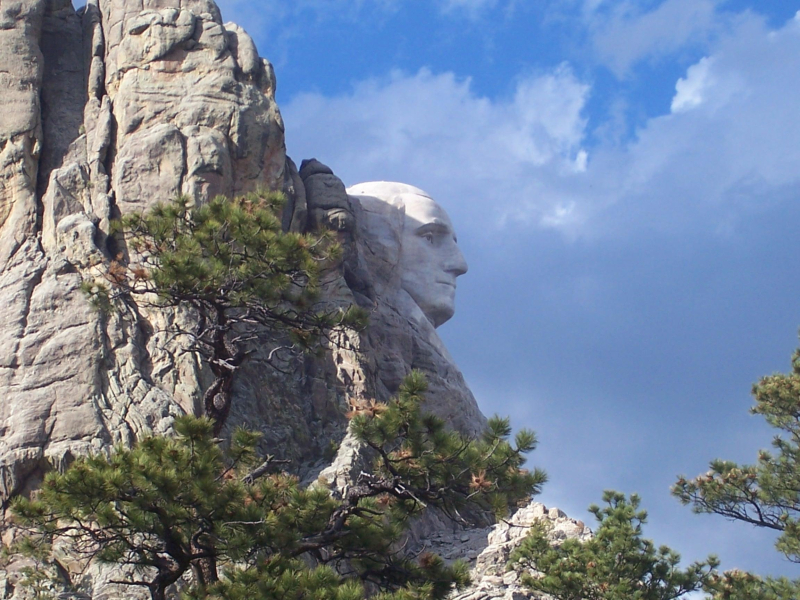 That's it. Just George. Not his Mount Rushmore colleagues Tom or Teddy or Abe. Not any other man who's been Commander in Chief.

But most of us refer to this annual February celebration as Presidents Day. The unofficial public renaming actually happened somewhat organically.

Evolution from one to all presidents: When Washington's Feb. 22nd birthday became the first federal holiday to honor an American president back in 1879 , it was celebrated on the actual date. But under the 1971 Uniform Monday Holiday Act, it was shifted to the third Monday in February.

Then there's the same-month proximity of the birth of another revered Oval Office occupant. Abraham Lincoln's birthday is Feb. 12. It's not a federal holiday, even though Lincoln was the father of the U.S. tax system. Or maybe that's why it's not a holiday.

But back to George. Since technically, we aren't really celebrating the Father of Our Country's real birthday, why not throw a metaphorical at least party for him and Abe?

And, this being the land of the brave retailers, the festivities extended to annual mattress and car and whatever else sales on, you got it, Presidents Day.

Sales and sales taxes: Of course, all those sales could be worth visiting, especially if you live in a locale with hefty state and local sales taxes. The savings could offset those levies.

The Tax Foundation, a Washington, D.C.-based tax policy organization, has evaluated the latest sales tax data and incorporated it into one of the group's great maps, shown below. 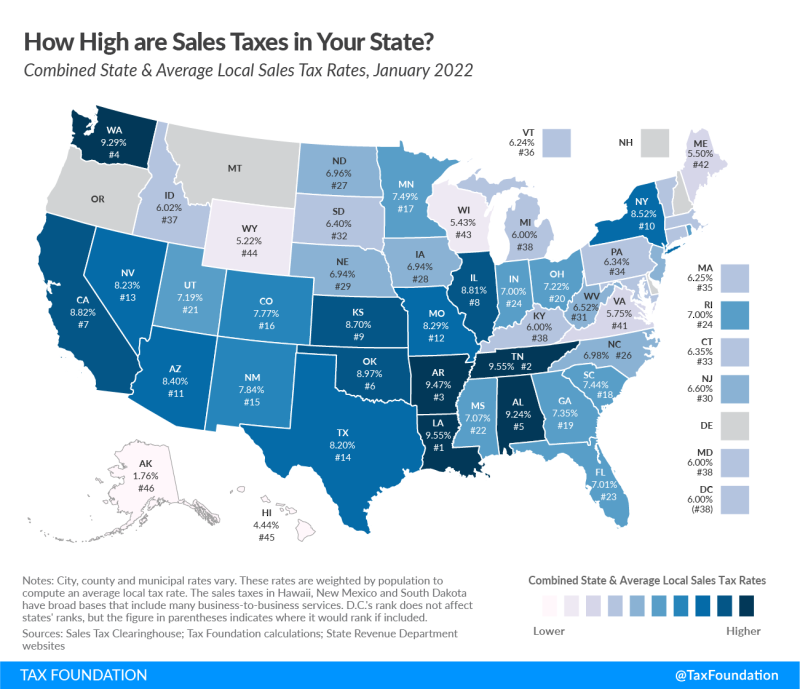 In assembling the data on the 45 states and the District of Columbia that collect statewide sales taxes, the Tax Foundation also notes that local sales taxes are collected in 38 states. In some cases, says policy analyst Janelle Cammenga, those local levies can rival or even exceed state rates.

You can review the Tax Foundation's updated 2022 state sales tax report at your leisure. But here's the bottom line on the sales-tax heavy states.

The five states with the highest average combined state and local sales tax rates are Louisiana at 9.55 percent; Tennessee at 9.547 percent; Arkansas at 9.48 percent; Washington state at 9.29 percent; and Alabama with a 9.22 percent rate.

If you have a day off from work to commemorate George Washington's Birthday, great. Celebrate how you want. And if that includes checking out Presidents Day sales, happy money savings, tax and otherwise, shopping!