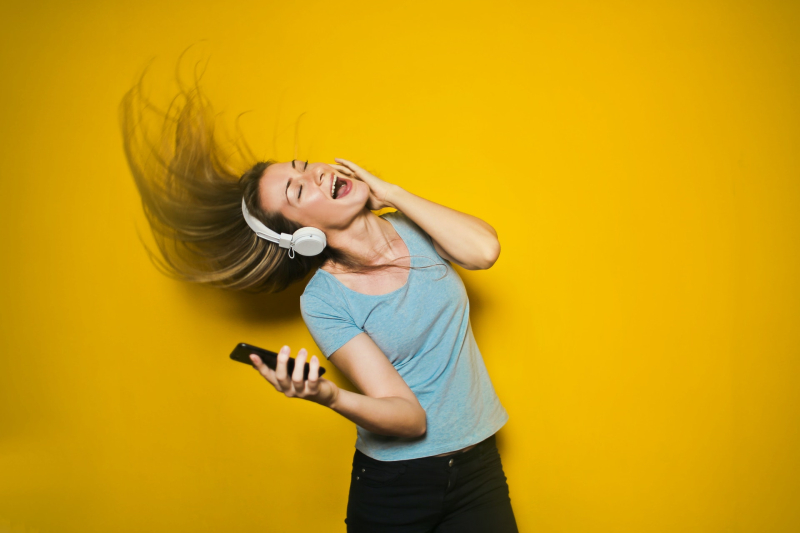 Photo by Andrea Piacquadio from Pexels

Supporters of Spotify and other mainly music subscription services — Apple Music, Tidal, and Amazon, to name a few — say streaming rescued the music industry by providing it with regular monthly revenue.

Opponents of the services say industry is the key word. The big winners, they point out, are the streamers and large record companies, while the artists who make the music aren't benefiting unless they are at the superstar level. Think Taylor Swift, Beyoncé, Ed Sheeran, Drake.

That disparity of payments to musicians came up in India Arie's announcements that she is pulling her music from the streamer:

After removing her music from @Spotify, @indiaarie has doubled down on her decision alongside clips of @joerogan using racist language: "They take this money from music streaming and pay this guy $100million and pay us .003% of a penny [per stream]? Just take me off!"

Supportive, but unable to act: Arie's actions came after Neil Young amplified his Rogan/Spotify concerns on social media, and got his music removed from the service. Others have expressed support of the protest, but they can't pull their songs because they don't own them.

Young's former bandmate David Crosby, with whom he famously clashed on musical issues over the years, totally agrees with Young's boycott, but Crosby sold his recorded music and publishing rights in 2020 to Irving Azoff’s Iconic Artists Group. He has no control over where and how his songs now are played.

Crosby also cited streaming as a reason for the sale of his music catalog. Following word that Bob Dylan sold his entire musical catalog to Universal, Crosby said on Twitter, "I am selling mine also ...I can't work ...and streaming stole my record money ...I have a family and a mortgage and I have to take care of them so it's my only option ..I’m sure the others feel the same."

While we can't say precisely why they sold, Crosby is right about there being others. Most recently, Bruce Springsteen sold his catalog of work to Sony Music Entertainment for an estimated $550 million. Other artists who recently decided to cash in include Stevie Nicks, Paul Simon, Tina Turner, John Legend, Travis Tritt, and David Bowie's estate.

"The biggest reason for me selling was not to leave a huge headache for my family that would have to try to administrate a catalog. I'd rather leave them cash," said Tritt.

Tax-saving musical move: Getting cash, or more specifically keeping cash out of the Internal Revenue Service's hands (you knew I'd eventually get to taxes!) also is a likely reason for the rash of recent music catalog sales.

When performers and composers get royalty payments, usually a lump sum once a year, that money is taxed as ordinary income. For high-earning stars, that's at a top 37 percent individual income tax rate.

But by selling their catalogs, a capital asset, they face a one-time capital gains tax on the profits. That's a maximum 20 percent long-term capital gains tax rate. Of course, depending on the personal and business structure of a successful artist or songwriter, their tax rate could be higher. But any amount of income taxed at a lower rate is welcome by anyone.

And while a Biden Administration proposal to make capital gains taxes less beneficial has stalled, some musicians apparently aren't taking any chances.

That tax consideration is part of Washington Post reporter Travis M. Andrews' recent look at why artists are suddenly selling their catalogues. It's also this weekend's Saturday Shout Out feature.

Andrews' mention of taxes is toward the end of the story (I would have led with that), where he cites the 2006 tax law change that lets musicians to treat catalogue sales as capital gains rather than ordinary income. But if you're a music fan like me, the whole story is worth the read.

And yes, I did blog about this back then in, shameless shoutout to myself, Money for nothing and more tax breaks for me.

Now, I'm off to turn on some tunes, which geezing I still get by buying CDs or purchasing individual song downloads for my iPod Nano, to while away the rest of my Saturday.