Home Table of Contents Tax Tips Credits Deductions Refunds State Taxes Politics/Laws Tax Terms Archives
Don't get your hopes up for a federal gas tax holiday
Make sure you claim your charitable tax deductions, on Form 1040 or Schedule A

Is the end near for sports stadium tax breaks? 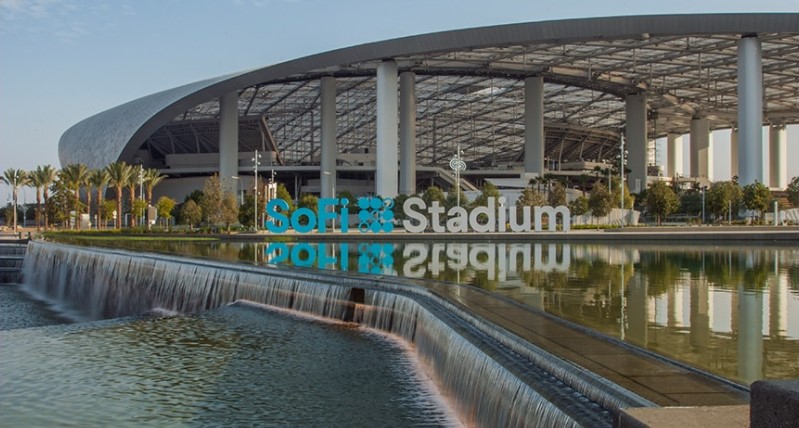 It's a Sunday afternoon, so of course I'm channel surfing watching sports. Not only are the various athletic offerings great entertainment, they produce big bucks for teams and athletes.

They also cost us taxpayers, regardless of whether we attend or watch the events, big time, especially when cities and states help build the sporting facilities.

Since 2000, subsidies for financing professional sports stadiums have cost taxpayers $4.3 billion, according to three members of Congress. Since the owners of the sports teams that use the sites are raking in billions of dollars every year, the Democratic trio has introduced a bill that would end the tax-exempt status for new sales of municipal bonds used to finance professional sports stadiums.

And end to public sports money proposed: H.R.6806, which sponsoring Reps. Earl Blumenauer of Oregon, Don Beyer of Virginia, and Jackie Speier of California have dubbed the No Tax Subsidies for Stadiums Act of 2022, is a long way from reality. It's just started the legislative journey in the House Ways and Means Committee.

But recent questions about sports teams' actions may make the legislation more popular. Of particular note is the current investigation into alleged actions by the newly renamed Washington (D.C.) Commanders' owner Daniel Snyder and the National Football League's response.

While that inquiry proceeds, the team is said to be looking to build a new stadium. Its lease on the land at FedEx Field in suburban Prince George's County, Maryland, east of the National Capitol expires after the 2027 season.

Workplace issues raised: "The NFL has proven once again that it can't play by the rules. As such, taxpayers-subsidized municipal bonds should no longer be a reward for the Washington Commanders and other teams that continue to operate workplaces that are dens of sexual harassment and sexual abuse," said Speier, co-chair of the Democratic Women's Caucus and member of the Oversight Committee.

Speier also cited the reported value of the professional football teams — one report has the average worth in 2021 at nearly $3.5 billion — as evidence that taxpayers shouldn't be footing any of their bills. "It doesn't make economic sense, and it's particularly galling given the league's longstanding failure to address issues of sexual harassment and sexual assault as well as on-going racial and gender discrimination and domestic violence," Speier added.

Pay for it yourself, say lawmakers: Although Beyer's House district is in Northern Virginia, as an Old Dominion resident he does have a personal stake.

The Commanders' training camp is in Richmond, Virginia. And the Virginia state legislature already has approved $1 billion dollars in bonds to encourage Snyder to build his new NFL stadium in Beyer's neck of the woods.

"Super-rich sports team owners like Dan Snyder do not need federal support to build their stadiums, and taxpayers should not be forced to fund them," said Beyer. "Billionaire owners who need cash can borrow from the market like any other business." He added that arguments that stadiums boost job creation have been repeatedly discredited, and "it is ridiculous to even contemplate such a radical misuse of publicly subsidized bonds."

Blumenauer, the bill's official sponsor, also focused on the economics.

"This issue comes down to communities being held hostage. The NFL and these other sports leagues are a money-making machine that are rich enough to build their own facilities, and we don't need to divert much-needed public funding to these projects," said Blumenauer.

New and more costly facilities: The proposal to restrict the tax advantage of municipal bonds used by sports teams is not new.

Just last summer, investigative journalists with ProPublica reported on how billionaire sports team owners use those teams to avoid millions in taxes.

As I noted in my post about the report back in July 2021, the info is not a surprise, but it did provide more details on how the uber-wealthy billionaire sports teams owners' tactics.

And despite objections, the teams still keep trying to get financial help from us taxpayers.

If the Commanders do build a new stadium, it's a good bet that Snyder and his team will go all out to make it the biggest and best. The only thing these owners like more than hoisting championship trophies is showing off their expensive toys and showing up other billionaire owners.

The target now is SoFi Stadium in Inglewood, California, which a couple of weeks ago hosted Super Bowl LVI. It cost $5.5 billion to build.

SoFi tops the list of the 30 most expensive stadiums ever built, put together by the folks at Construction Disputes. That's an excerpt of its infographic below. 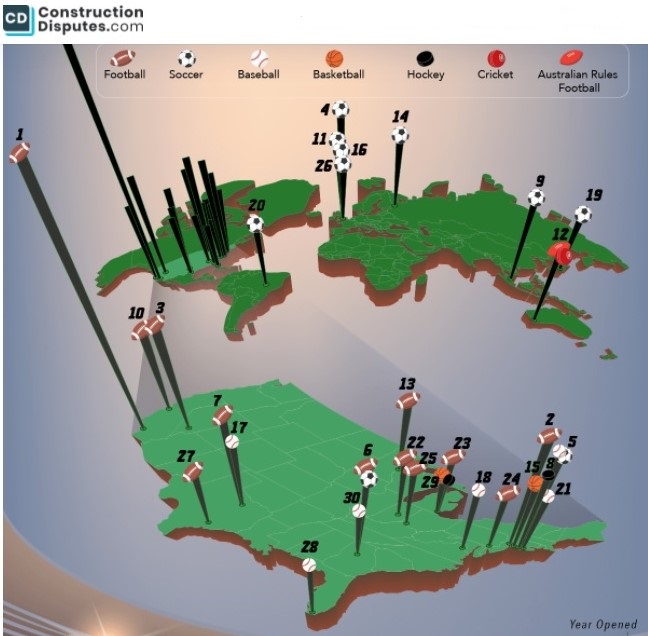 The visual includes stadiums from around the world, representing a variety of different sports. With all of these stadiums having been constructed at different points over the past 20 years, the construction costs have been adjusted for inflation.

Accounting for the huge price: Why did SoFi run up such a huge tab when other NFL stadiums were built for a fraction of the cost? Number 2 MetLife in East Rutherford, New Jersey, home of the NFL's New York Jets and Giants, has an inflation-adjusted price tag of just more than $2 billion.

There also were some required, and costly, safety features.

The stadium had to be built partially underground to avoid the Los Angeles International (LAX) flight path. And most important in my book since I have relatives in the Los Angeles area, SoFi was built to withstand earthquakes.

The glitzy new NFL stadium's price, features, and amenities indeed are impressive. Even more remarkable, however, is that, according to the Los Angeles Times, SoFi was all privately funded by Rams owner Stan Kroenke. Kudos to you, sir.

You are one of the exceptions. The Buffalo News examined how the last 21 new NFL stadiums have been financed. Only SoFi, MetLife, and Gillette Stadium in Foxborough, Massachusetts, where the New England Patriots play, didn't use public funds.

Those owners' willingness to pay for their playthings accessories is commendable. But instead of those billions willingly shelled out, for this weekend's By the Numbers figure I'm going with 6806, as in H.R. 6806, the House bill to encourage — OK, force — other sports team owners to follow a similar financing path.