Make sure you claim your charitable tax deductions, on Form 1040 or Schedule A 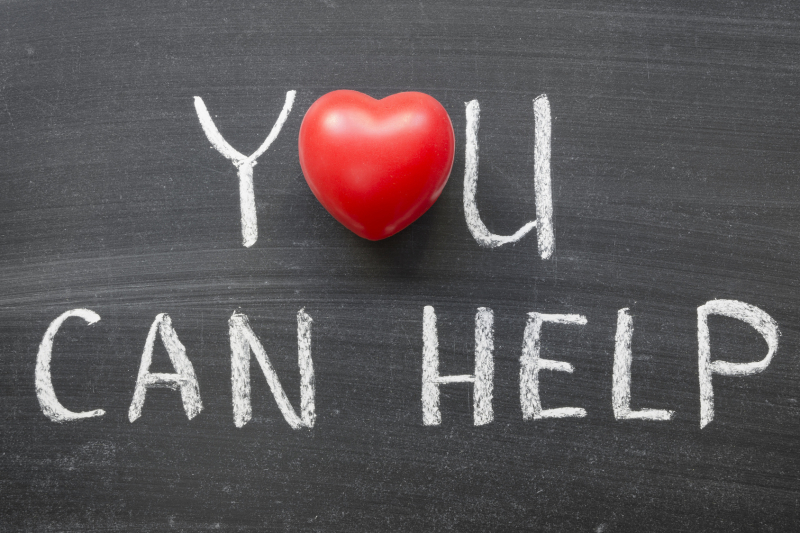 As you finish up your 2021 tax year Form 1040, make sure you don't miss your charitable deductions.

No, this is not just for itemizers.

This filing season, single taxpayers can claim up to $300 in cash donations made to Internal Revenue Service-authorized nonprofits. Married couples filing a joint return get a maximum $600 deduction.

And you claim it directly on your Form 1040.

But abandoning itemized claims on Schedule A also meant giving up deductions for charitable donations. Under prior tax law, that was the only way to get any tax break for such gifts.

The Coronavirus Aid, Relief and Economic Security (CARES) Act that. When it became law back in March 2020, it allowed for a tax deduction of up to $300 directly on Form 1040. The arrow on the tax return example below shows this option. 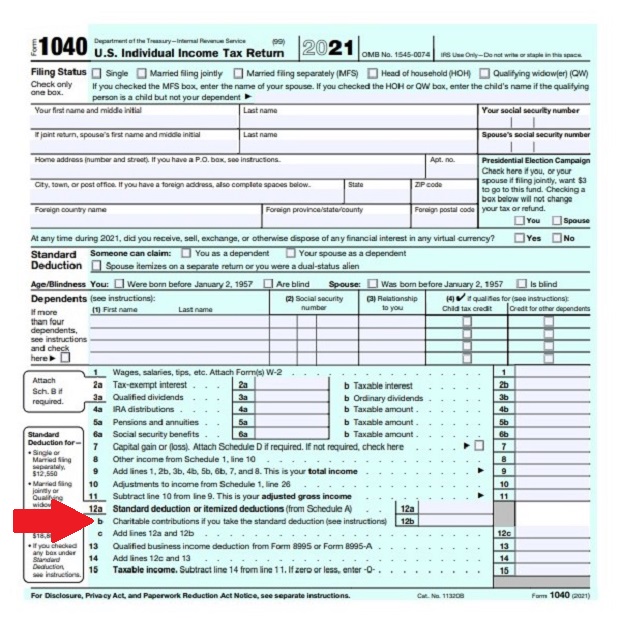 Then on Dec. 27, 2020, the nonitemizing deduction was extended and expanded for 2021 thanks to the Consolidated Appropriations Act (CAA), a federal spending bill that included more COVID-19 relief measures.

CAA continued the $300 donation deduction for 2021 directly on Form 1040 for single taxpayers. It also doubled that amount for married taxpayers who this year submit a joint return. That option is shown in the 2021 Form 1040 closeup below.

See common tax forms and more about them at Talking Tax Forms!

New donation rules for direct deductions: While this is a welcome change, for taxpayers as well as charities, one thing remains the same.

You must follow Internal Revenue Code rules when it comes to claiming any charitable deductions, either the $300 or $600 amounts on Form 1040, or more on Schedule A if that is the more tax advantageous way for you to file.

But there are some specifics when it comes to direct-on-your-return charitable claims.

Itemizing donor deductions: If, however, you do find that your personal situation makes itemizing the smarter tax filing move, there are a few changes here, too.

I know most of the ol' blog's readers, although very generous, aren't going to give away that much. But you, and by you, I mean me, never know. So just in case, the requirements for the 100 percent of AGI deductibility are:

If you did give more than 100 percent of AGI in qualified donations last year, you can carry forward excess deductions for up to five subsequent tax years. Note, though, that the 100 percent amount expired at the end of 2021.

It's now back to the 60 percent of AGI, unless Congress acts to further extend it and the other charitable gift write-offs.

Congressional action on expanded donations: Charities were not happy with the increased standard deductions. They predicted that contributions would drop off dramatically if people didn't have a tax incentive to give. Those concerns were borne out for the most part.

The CARES and CAA changes have helped nonprofits recoup some of their missing donation dollars. But unless the House and Senate extend the expanded charitable tax breaks, the charitable organizations likely will take more hits.

Again, double check all the IRS guidelines about charitable gifts to make sure you get the most out Note that if you do find it's better in your tax situation to itemize, for your donations to count they also must meet

Bills were introduced last year in both the House and Senate by Democrats and Republicans that would continue and expand the charitable tax breaks in the prior COVID relief laws. But they haven't gone anywhere. Yet. And few things — OK, nothing — are sure things when it comes to Washington, D.C., even when they're connected to good deeds.

Still, 2022 donors, both those who've already given and those thinking about it, are hopeful that by this time next filing season, they'll get some tax benefits for their generosity.