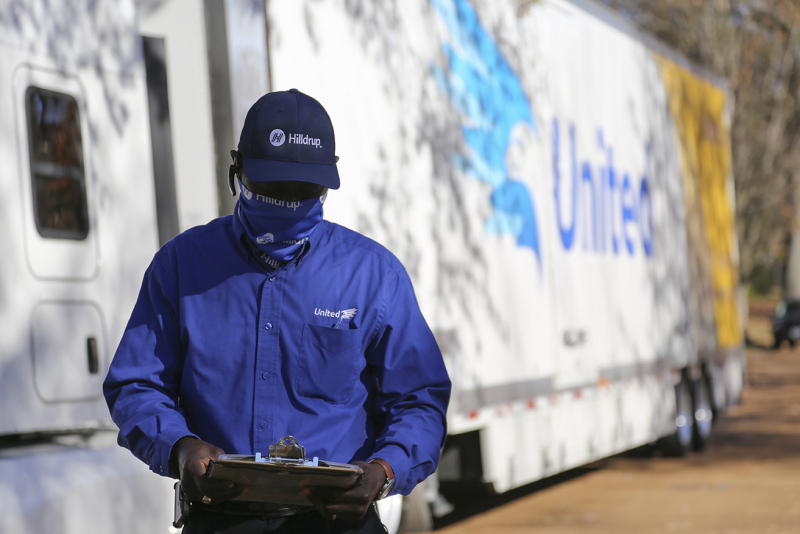 Our house is at that age where it needs a lot of care to continue to be comfortable. That's led to more frequent discussions about whether to stay or go.

I'm the nester in our family, and was the one who pushed for buying our place almost 17 years ago. But a couple of times recently, like when our main HVAC unit needed to be replaced, I've argued for just selling and letting the new owners deal with it. 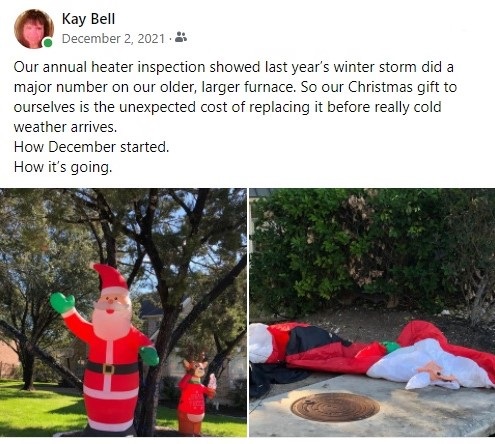 The hubby has been able to talk me down so far. He also knows that as much as I want to move sometimes, I am not keen on actually packing up and relocating. It is a major pain in the ass.

So, for now or until the next major home repair issue arises, we're staying put. But lots of folks decided to move in 2021.

Many 'Mericans moved: The COVID-19 pandemic, of course, was a move motivator. Many decided to relocate to lower-density areas and/or be closer to family during this [continuing] trying time.

So where exactly did folks leave and where did they go? Like tax questions, it depends. While the coronavirus obviously played a role, other factors also contributed, such as new job opportunities, lower costs of living, and retirement.

But a major moving company and a popular self-relocation firm did come up with some analyses of the peripatetic U.S. population in 2021. And they earn two of this weekend's three Saturday Shout Outs.

DIY differences: Where folks took on the bulk of moving tasks themselves, the results were a bit different.

U-Haul's Annual Growth Index for 2021 told me something I already knew. I got a lot more neighbors here in the Lone Star State.

The do-it-yourself moving company rankings were calculated by the net gain of one-way U-Haul trucks entering a state versus those leaving that state in a calendar year. Migration trends data, according to U-Haul, is compiled from the more than 2 million of its one-way truck customer transactions that occur annually.

Taxes, too: And, so you can stop wondering, there is a tax component. The third Saturday Shout Out this week goes to the Tax Foundation. The Washington, D.C.-based nonprofit tax policy think tank's analysis of the United Van Lines, U-Haul, and recent U.S. Census Bureau population data shows that Americans tended to move to low-tax states in 2021.

You can read the full analysis by Jared Walczak, the Tax Foundation's vice president of state projects. The organization's map (below) of state-t0-state moves in 2021 offers a preview. 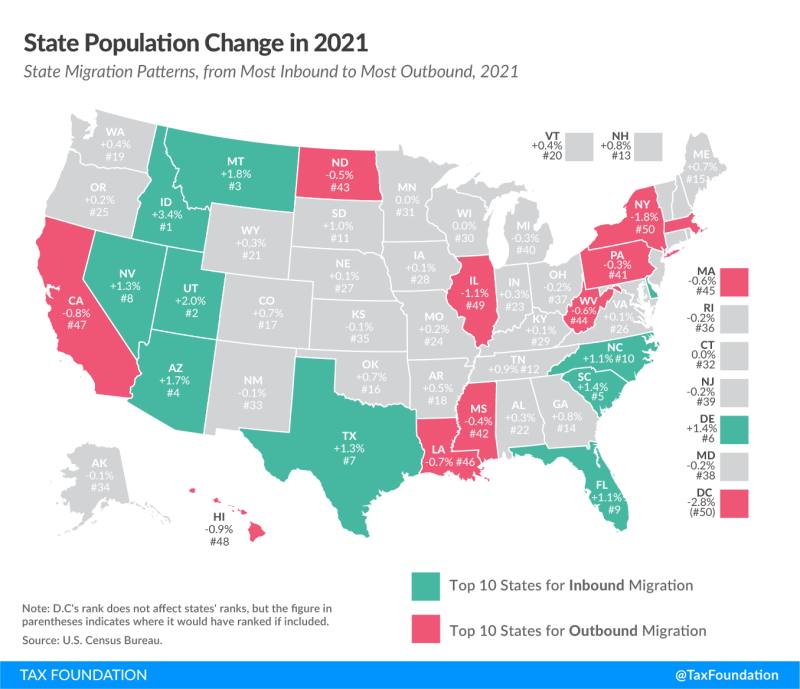 The good news for me, at least by U-Haul's and the Tax Foundation's counts, is that if Texas continues to attract new residents, I should be able to find a buyer for my aging house when it's finally time for the hubby and me to move!

Another moving view: I just added this post to my tumblr blog Tumbling Taxes. If you click over to the post, you'll see a YouTube video of a classic television show theme song that mentions moving. To Beverly … Hills, that is.