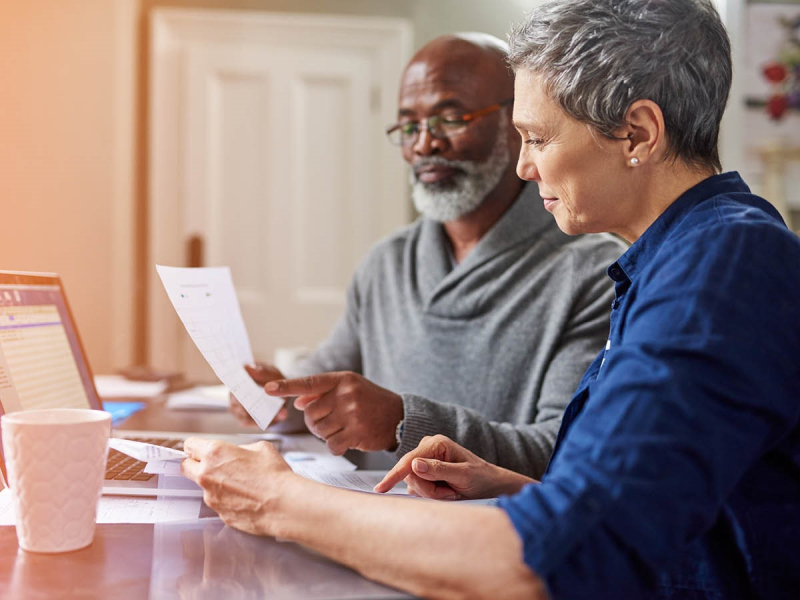 Running the retirement, and IRA, numbers.

The Biden White House's Build Back Better  (BBB) plan and its tax changes are, at best, in limbo right now.

But there's one tax move some might want to consider by year's end regardless of what eventually happens to BBB — converting a traditional IRA to a Roth account.

This tax maneuver involves making a nondeductible, after-tax IRA contribution and then converting those dollars to a tax-free Roth account. Internal Revenue Service data shows that backdoor Roths typically are used by wealthier taxpayers. In the 2018 tax year, roughly 60 percent of these conversions were made by households earning between $100,000 and $500,000.

The potential elimination of the retirement plan conversion under the BBB obviously amps up the urgency of making a Roth move now. But even if the backdoor Roth gets a temporary reprieve, there's the possibility it might show up in separate legislation early next year if the Biden plan continues to falter.

And despite current legislative and political machinations, a traditional IRA to Roth switch, while individual tax rates still are at historic lows, could be a wise move.

Before you make any conversion move, though, here are some issues to consider and discuss with your tax and financial adviser(s).

Don't mess up the timing: To qualify as a Roth conversion for the 2021 tax year, the funds must leave the traditional IRA this year. The quickest and safest tax-wise is a direct rollover from the IRA or plan to the Roth IRA. All financial companies are practiced in this process. Most rollovers can be done by filling out online forms.

Calculate the cost: The major appeal of a Roth retirement account obviously is that there is no tax when you take the money out during your future retirement years. That's generally when you turn 59½ and the earnings have been in the Roth account for at least five years. Your already-taxed contributions can be pulled out tax-free at any time.

But getting that future tax break via account conversion means you must pay the tax due on the tax-deferred IRA funds you move. Remember, it's taxed at your ordinary rate, which could be as high as 37 percent.

The first thing you want to look at is whether the conversion amount that will be added to your year's gross income will bump you into a higher tax rate. Your tax pro can help you run the numbers. You also can use one of the many online conversion calculators to get a rough idea of your additional tax bill.

And by making the conversion in December, you should add the next Roth-related tax amount to your final 2021 estimated tax bill. That will ensure that you don't face a penalty for not paying in a timely manner, and could help reduce the eventual amount you'll owe when you do send in your return a few months later.

The ideal option is paying those taxes from other money, not the converted IRA account, so that the full retirement plan is gets favorable tax treatment. Again, run the numbers on what will be due and start working on the source to pay this added tax.

Spread out the tax costs: One way to avoid a larger tax bill is make a partial conversion. You don't have to move your entire tax-deferred IRA amount to a Roth. You can convert just a portion of it now. Then, if future tax law allows, move the rest later when it makes more financial and tax sense. For example, you decide to spread the conversion over several years, opting to convert more in years when your income is lower.

Know other Roth limits: Be aware of Roth IRA limits. Yes, I'm talking dollars, notably how many you make. When your income exceeds a certain amount, the tax law prohibits you from making a full or any contribution to a Roth individual retirement arrangement.

So, if you're still working and want to keep adding to your retirement plan, be aware that once it's converted to a Roth version, your earnings might lock you out of putting as much as you want or even any money into it.

If you might face these limits, then a traditional IRA still might be a good idea, even if you eventually can't convert it. Again, take advantage of calculators and professional tax advice.

Note there are no Roth do-overs: Finally, remember that once you convert your traditional IRA money to a Roth retirement account, it's there forever. You no longer can recharacterize your conversion.

So be sure that it's what you want to do, both from your current tax-year perspective and future retirement account needs.

As all these considerations show, your Roth conversion decision is like most tax moves, a calculated bet on what's best for you now and in the future.

But if do your homework, including the IRA math for both types of accounts, and your bet should be a bit safer.

Thanks, Scott, for the insight on Roth workplace accounts and the moves available there. And thanks for reading. I appreciate your kind words! Kay

My company allows Roth In-Plan conversions so I converted $55,000 from my regular 401k to my Roth 401k this year. It'll be a ~$15,000 tax bill but it's part of my plan to move a chunk of assets from tax-deferred to tax-free. I've got little in my tax-free accounts so it's a strategic move that will allow my assets to grow for years and, assuming we don't use the funds, will be my kids main inheritance in a few decades. At least that's the plan. You don't see many articles on Roth In-Plan conversions so I had to do a lot of research before taking this approach. Thanks for the article.