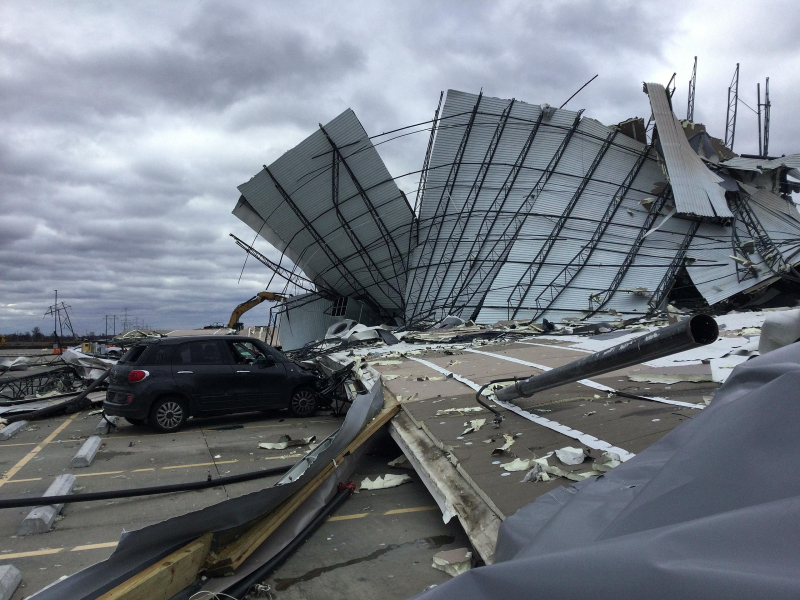 While most of us are rushing this week to complete Christmas plan, some are trying to salvage what, if anything, they still have after a deadly line of tornadoes struck earlier this month.

As part of this recovery process, the Internal Revenue Service has announced tax relief for residents in parts of Tennessee and Illinois. This includes a new deadline of May 16, 2022, for filing 2021 federal tax returns.

Specific counties designated: The relief follows Federal Emergency Management Agency (FEMA) disaster declarations for those states. It also essentially duplicates the same relief given earlier to Kentucky taxpayers who also were in the winter twisters' paths.

The federal tax relief is available to taxpayers who live or have a business in Bond, Cass, Coles, Effingham, Fayette, Jersey, Macoupin, Madison, Montgomery, Morgan, Moultrie, Pike and Shelby counties in Illinois. 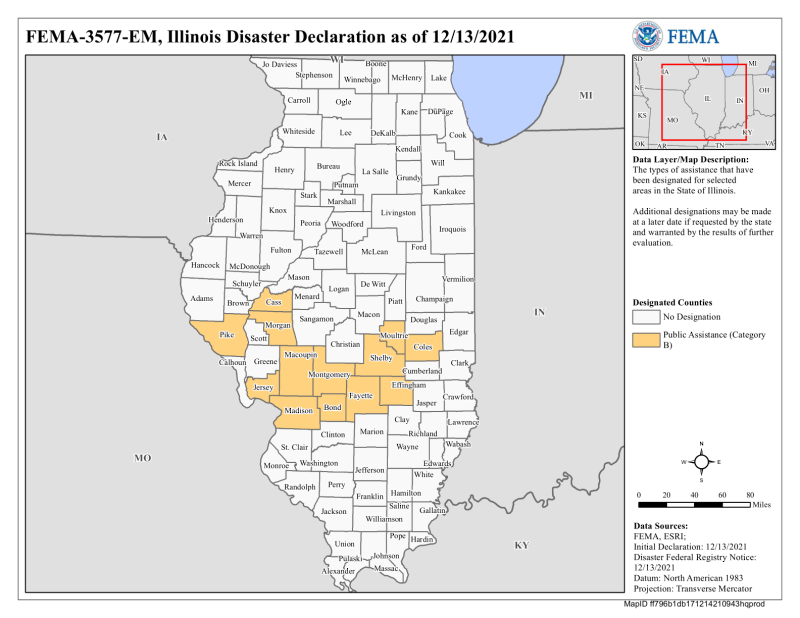 The same relief also has been granted to Tennessee taxpayers who live or have a business in Cheatham, Decatur, Dickson, Dyer, Gibson, Lake, Obion, Stewart, and Weakley counties. 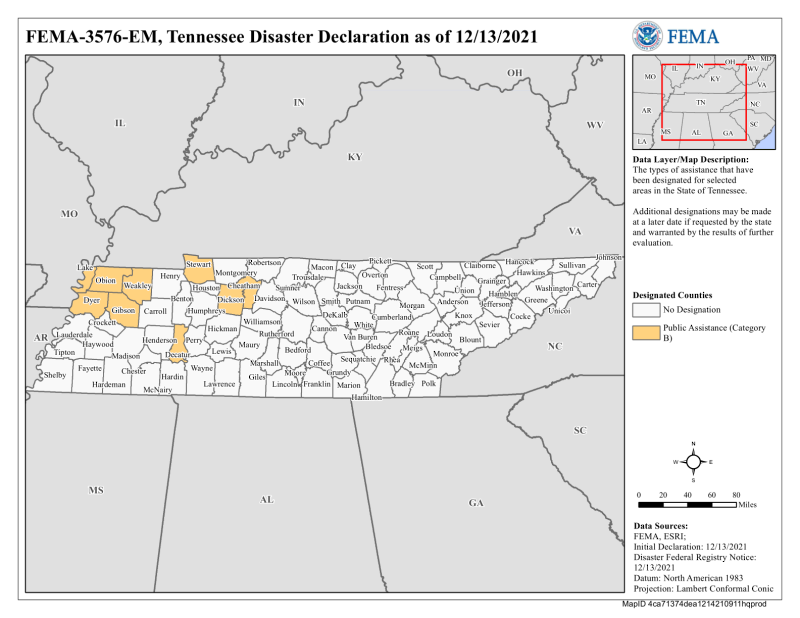 If FEMA subsequently adds more locales to the major disaster area, resident there also will get the same federal tax relief. I'll update this post, but you also can keep track of localities eligible for special tax consideration by checking IRS.gov's disaster relief page.

Later 2021 Tax Day: The Illinois and Tennessee declarations, along with the earlier Kentucky one, are the IRS' de facto announcement that after COVID-related Tax Day delays in 2020 and 2021, the tax agency plans to operate along traditional timelines in 2022.

But the usual April 15 annual filing deadline next year is a tad later due to another occasional occurrence.

Emancipation Day 2022 is on Friday, April 15. When that official District of Columbia holiday falls on Tax Day, the federal filing deadline is moved to the next business day. That makes 2021 returns due on Monday, April 18, 2022.

And Illinois, Tennessee, and Kentucky taxpayers affected by the Dec. 10-11 tornado outbreak get another month, until May 16, to file their individual IRS Form 1040s. The same extension also is granted to various 2021 business returns normally due on March 15 and April 18.

Since both Tennessee and Illinois also have state taxes usually due on April 15, also keep an eye on your state tax department. These two states' revenue departments likely will follow the IRS date change (like Kentucky did), but I always like to get the official word from all tax offices. Again, I'll keep checking, too, and update any changes to state deadlines here.

Later estimated tax, IRA deadlines, too: The filing extension also means that affected taxpayers now have until May 16 make quarterly estimated income tax payments that, for other filers, are due next Jan. 18 and April 18.

Note, however, this will mean filers who pay estimated taxes might have to come up with a larger-than-expected amounts for Uncle Sam in May. The extended May 16 payment deadline will include 2021's 4th quarter estimated tax payment postponed from January, the first estimated payment for 2022 usually due in April, and any tax due with their 2021 tax returns. Look into the possible financial hit and make any arrangements as early as you can.

On a more positive note, the new Tax Day deadline for affected taxpayers in the Land of Lincoln and the Volunteer State can make 2021 IRA contributions, traditional or Roth, as late as next May 16.

Extended business deadlines: Farmers who choose to forgo making estimated tax payments and normally file their returns by March 1 will now have until May 16, 2022, to file their 2021 return and pay any tax due.

The IRS also says that penalties on payroll and excise tax deposits due from Tennessee and Illinois businesses on or after Dec. 10 and before Dec. 27 will be abated as long as the deposits are made by Dec. 27, 2021.

Again, check the disaster relief page for details on other returns, payments and tax-related actions qualifying for the additional time.

But once you find you're in a designated major disaster, that's all you have to do. The IRS disaster-related tax relief for certain Tennessee and Illinois taxpayers is automatic. The IRS will provide the filing and penalty relief to any taxpayer with an IRS address of record located in the disaster area, so affected taxpayers don't have to contact the agency to confirm their eligibility.

Other federal tax date considerations: Now back to the feds and the disaster tax changes.

If you're in the extended-filing disaster area, but get a late-filing or late-payment penalty notice from the IRS, call the number on the notice to have the penalty abated.

If you're not technically in the designated disaster areas, but the records and other info you need to meet a tax deadline during the postponement period are in the area, let the IRS know. You can call the IRS toll-free at (866) 562-5227 to discuss your situation.

And if you're in the disaster areas providing relief services as part of a recognized government or philanthropic organization and would like the same tax relief, you also should talk with the IRS.

Since the December twisters were White House-declared major disasters, affected Tennessee and Illinois residents get the option to claim their eligible losses on either the return for the year the loss occurred, which in this instance is the 2021 return now due May 16, 2022, or on the tax return for the prior tax year, which for this disaster is the 2020 filing.

Regardless of which tax year filing you choose to make the disaster loss claim, the IRS asks that you write the FEMA declaration number on any return claiming a loss. For Tennessee residents, that's 3576EM. It's 3577EM for Illinois taxpayers.

If you want to claim these losses on your 2020 taxes, you'll have file an amended return for that year. You can read more about amended returns in my post about Form 1040-X.

You can find more on disaster claims in IRS Publication 547. Also take a look at DisasterAssistance.gov for information on disaster recovery.

And finally, if you're still struggling due to the tornadoes, please accept any and all help that's offered, especially during this already emotional time of year.

You also might find these disaster-related blog items of interest: