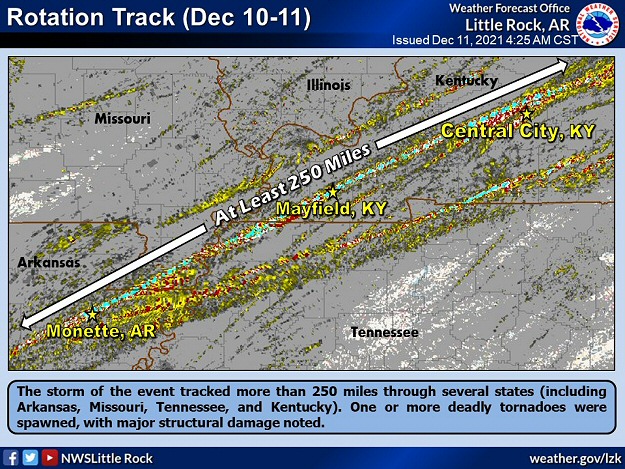 The fallout from the deadly Dec. 10-11 tornado outbreak across the South and Midwest continues as 2021 comes to a close. So does federal relief, including from the Internal Revenue Service.

The IRS today announced that affected Arkansas individual and business taxpayers in five counties now have until May 16, 2022, to file returns and make payments for various tax situations.

But they are not alone.

The IRS also announced today that residents and business owners in two Alabama counties get similar tax relief and a new Feb. 28, 2022, deadline. The Alabama tax move is in connection with severe storms and flooding in those areas that began on Oct. 6.

Arkansas tornadoes: Individual and business taxpayers in the Natural State counties of Craighead, Jackson, Mississippi, Poinsett, and Woodruff qualify for the tax relief.

The new May 16, 2022, deadline applies to the filing of 2021 individual income tax returns and paying any tax due that would have been on April 18, 2022. Yes, Tax Day 2022 is delayed a few days, but it's not COVID's fault. The deadline is slightly delayed next year since April 15 is on Saturday and the following Monday, April 17, is the federal Emancipation Day holiday in Washington, D.C. 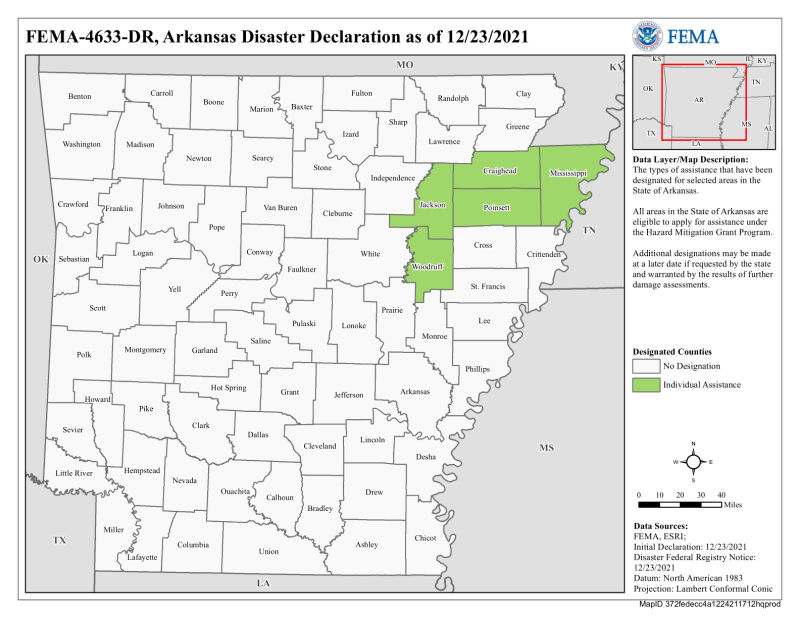 Affected Arkansas business filers who normally would face return deadlines of March 15 and April 18 now have until May 16.

Plus, affected taxpayers will have until May 16 to make 2021 IRA contributions.

Alabama flooding: Similar disaster delayed filing is available to Yellowhammer State individual and business taxpayers in Jefferson and Shelby counties. Their new Feb. 28, 2022, deadline is for certain deadlines falling on or after Oct. 6, when major storms and flooding hit the areas. 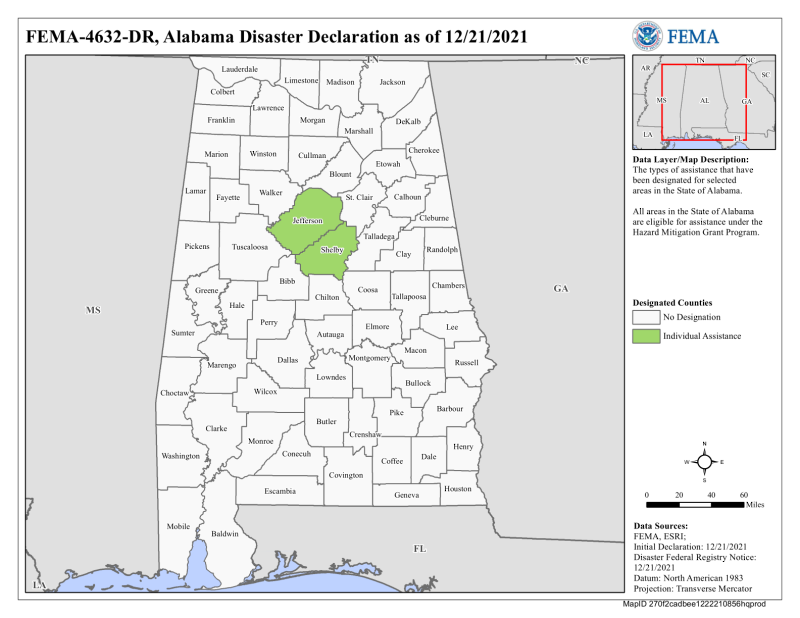 These Alabama filers can delay their final 2021 estimated tax payment, normally due Jan. 18, 2022, until the end of February. That's also the new deadline for quarterly payroll and excise tax returns normally due in mid-January and the last day of that month.

Other relief: In addition to the new due dates, the usual disaster-related tax relief also applies to the affects Arkansas and Alabama taxpayers.

This means the taxpayers don't have to do anything special. The IRS automatically grants the relief to taxpayers whose addresses are in IRS records as being in the designated major disaster areas.

And the taxpayers in the Arkansas and Alabama major disaster areas also have the option of claiming any eligible disaster-related casualty losses on their federal income tax return for either the year in which the event occurred (2021), or the prior year (2020).

You can find more on this option in IRS Publication 547. You also can check out my post on what to consider when making a major disaster tax claim.

If you do make disaster loss claims on your 2021 return, the IRS asks you to note the FEMA disaster designation area and official declaration number in bold letters at the top of the form. This will alert IRS processing agents of the special concerns.

For Arkansas taxpayers, the phrase to include is "Arkansas, severe storms and tornadoes" and the FEMA number DR-4633-AR.